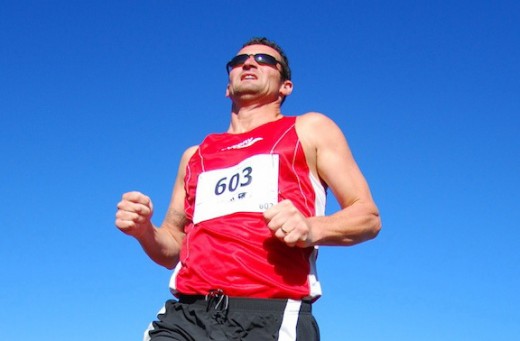 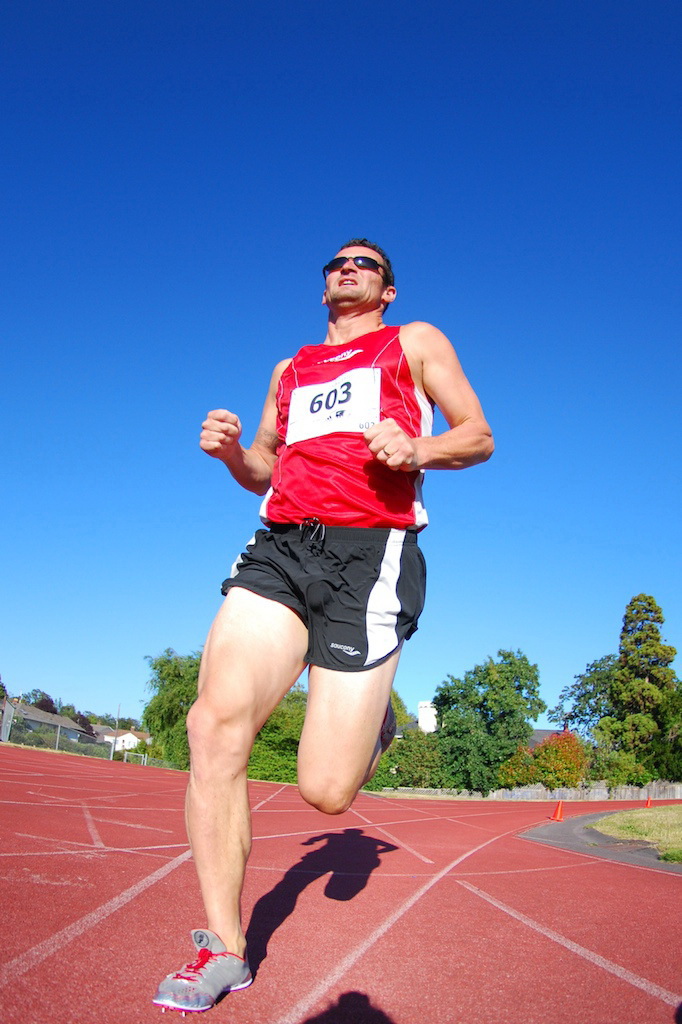 Irishman Paul O’Callaghan competed in six IAAF World Cross Country Championships, qualified for the Olympics and wore the green from 1982 to 2003, competing on the road, track and in cross-country. As his website indicates, in 2006 he continued to run well, smashing the Irish Master’s 10,000 metre record with a time of 30:38. That year, O’Callaghan emigrated to Canada, specifically to Victoria, BC on Vancouver Island. Since then he has focussed on coaching others and is starting to see signs of success.

CK: You just launched your website, Aspire Running. You have a (start-up) solid core of runners and several more who show up for workouts allowing you to coach various abilities. You have been an elite athlete; an international runner with some impressive times. What do you know about the average person, who may not necessarily have the talent or time that you have had?

PO: Funnily enough, I haven’t always been an elite runner. I started running when I was 16, when I used to go and watch a girlfriend train and eventually I joined in. So, I was an average runner to begin with and am an average runner now. So I know a fair bit about that. Talent is just one ingredient to fulfilling your potential. The main attitude to doing well is to train regularly within a routine that suits and possessing an ability to withstand pain. As for time, I give an example of an ex-training partner of mine, back in the UK. He was a full time teacher with four young children at home; that was a real challenge of his time. Most of his training was done to and from school yet he regularly clocked 100 miles per week. He wasn’t the most talented runner I knew, but he did run a 2.09 marathon!!

CK: You own the Irish master’s 10,000 metre record of 30:38 and were going after the Canadian master’s record, which I believe is close to 30-flat. You have had an injury or two recently, which curtailed your training. Do you still have the desire to go after the record?

PO: When I turned 40, I set out to break that record as it had stood for 21 years (the Irish Master’s record), however, in the last 12 months I have had a couple of niggles. Now my coaching commitments have steadily increased. I really do not believe that I can aim for a 30 min 10K and coach a group of athletes, so my priority now is to help each athlete that I coach fulfill their potential.

CK: You have a supportive wife in Jacqueline. Your kids are athletic. Before kids, was Jacqueline a runner or athlete of any sort? Is this how you met?

PO: She has been a fantastic support over the years, especially when I needed it, during the time I was competing. She was never really into sport. She loves chocolate, wine and eats pretty much what she wants and after four kids she still looks as great as ever. I met her when I was 19, I had a mate with a couple of sisters and was always at his house; Jacqueline was never there. I eventually went out with their sister, Claire and one day Claire brought Jacqueline along and at the end of the night I asked her if I could see her again. Claire and I still don’t get on, ha!!

CK: How did you first develop an interest in running and can you tell me what was Eamonn Cohglan’s impressionable role on you when you first started? Was there one defining race of his that made you want to run?

PO: As previously stated, I went down to watch a girlfriend at a local club. Eamon was ‘the man’ in Ireland. I clearly remember his ’83 World 5000m title, the way that he won it was awe inspiring, to be celebrating 200m out knowing that all the hard work and preparation is about to pay off. He was and still is a real character with lots of presence and personality. Although he wasn’t tall, he had a stature in races that went beyond height. He was for me the perfect runner, tremendous speed, (he ran a 3.49 mile) and had an ability to connect with the crowds that went to watch him. I have even posted his ’83 race on my website.

CK: You have the Irish Masters 10k record and have run some fast times including 13:29, 5000m. You have run in the World Cross Country Championships six times. Can you describe what transpired during the most satisfying race of your life?

PO: Actually three races stand out. As a junior athlete of 17 years old, I had won the Irish 5000m title and went into the UK Champs against 2 athletes that had already posted 14 minutes and were two years older than me. I sat in behind them, feeling super smooth and sat and sat until I kicked with 400m to go, winning in 14.12, (it’s still a junior club record and that was set in ’82). My senior career highlight was the 13.29 just 7 seconds behind the then Olympic champ, Yobes Ondeilki. Being top master at the Dublin marathon, running 2.25 in a gale, also stands out.

CK: The World Cross Country Championships in Scotland have roughly 170 entries, 130 of which are from Africa and the Middle East. I read at Let’s Run the suggestion that the rest of the world has given up. Do you agree with this assertion?

PO: Yep. But for social reasons not necessarily because we want to dominate running again, we just have too many choices and running is not a glamour sport.

CK: The 100m champion is often referred to as the fastest runner, as per straight out speed, they are. However, Haile Gebresellasie is the fastest runner in the marathon and is often referred as the best runner. Kenenisa Bekele is the king of cross country. The cross country worlds provide the greatest depth in any event including the Olympics. Does this mean that Bekele is the greatest runner of our time?

PO: If you read the statistics then yes. His record in the World XC is freaky, especially when you consider the depth of the runners that he has to beat. Things have changed since John Treacy won the World XC in Glasgow in ’78.

CK: One of your athletes, Marilyn, has a habit of nicknaming everyone she meets. I have not heard one for you yet. Has she taken to addressing you as Paulo or O’Cal or do you have a name for her to use?

PO: She must be from the same mould as my ex-coach then, he had names for everyone and they often included the term ‘wanker’! I’ll take ‘Ocal’ thanks.

CK: Do you think any of your four kids will take up running with seriousness?

PO: Sinead, Declan, Conor and Niamh are all naturally talented runners, but as I have said before, you need application as well as talent. I think that the fact that they have been surrounded by runners all their lives and have been to more than their fair share of meets made them rather blase towards the sport. However, I have noticed that Declan is going out for the odd 5 miler now and then so who knows.

CK: Would you coach your own kids at a high level, if that is what they wanted?

PO: I would love to coach Declan or Conor to a high level, they are tough little buggers.

CK’s note: The apple does not fall far from the tree.

CK: One of your young runners who competed for the University of Victoria, Sean Chester, has run 15:37 for 5000m. This is pretty good considering he has only been running for a short period of time. You have indicated you see him running a minute faster this summer. What do you need to emphasize in his training to make this happen?

PO: Sean needs to lay down a strong base, which he has before and stick to the plan that I have for him. 14.30 is not fast for a serious athlete in their twenties, but I realize where he is coming from and 14.30 is also simply a target to work off of. I regularly stress to Sean that he needs to put in regular consistent miles over the course of the next 12 months alongside suitably designed track and road sessions with sub-tempo and tempo runs, plus hill sessions… Quote from Sean, “I can still see Ian disappearing into the foliage at Mt. Doug, as we worked those hills very hard. Paul expects a strong work ethic and I am now really seeing what it takes to get to my best.”

…PO: he needs to surround himself with like-minded individuals who will help, support and encourage him. Running fast is relatively simple, but runners need to run, never mind spinning, cycling and swimming, that is for triathletes. A good runner just runs!! 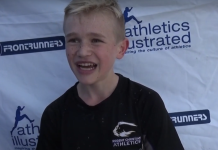 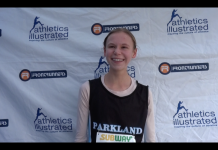 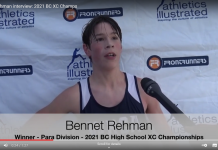