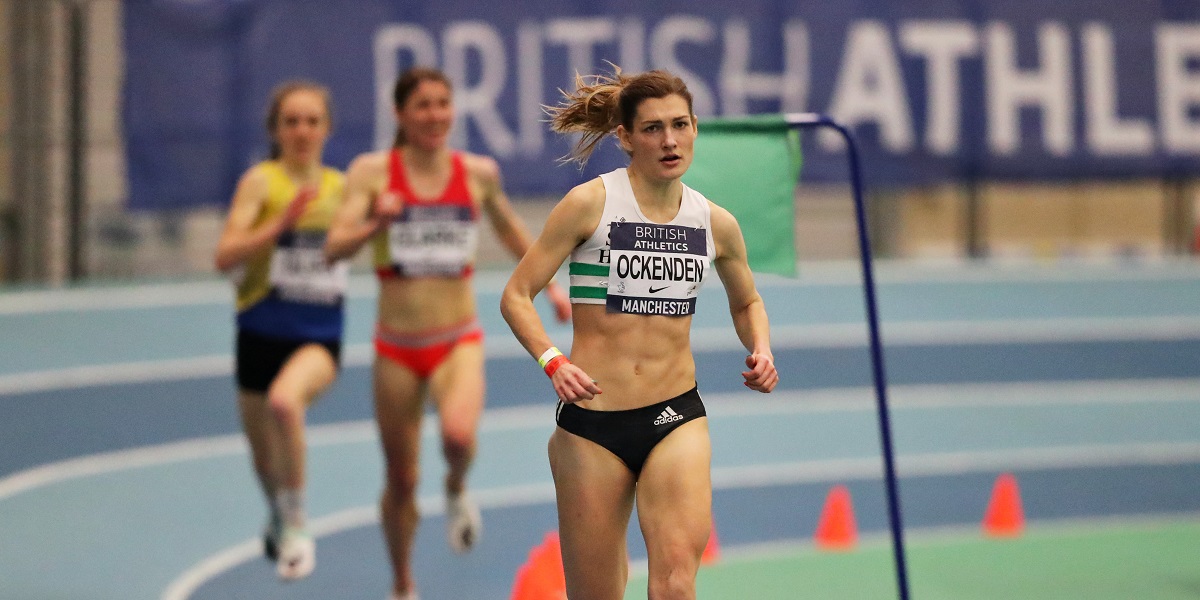 In a highly entertaining contest, Ockenden bided her time, only taking the lead for the first time with over 100m to go. Prior to this, Aimee Pratt (Vicente Modahl; Sale Harriers Manchester) had been the main protagonist at the head of the field, dictating the pace for two-thirds of the race. As the laps counted down, Pratt, Quirk, Clarke and Ockenden were the main players, with Quirk making the first move with five laps to go.

After her spell at the front, Clarke took a share of the lead with 600 metres to go and looked to be pushing on until the final lap. That was when the Swansea athlete showed great strength to close it out in 8:56.27. Quirk grabbed second, moving passed Clarke in the home straight; their times 8:58.57 and 8:58.97.

Ockenden said post-race: “I’m on a roll. I am so glad I did the race here last week as that really set me up well for this one, so thank you for Vicente (Modahl) for that. I really wasn’t that confident in my preparations coming into that. I’ve just been doing what my coach, Tony, says. I’ve been going through the motions so I’ve been unsure if it would be good enough or not. It has all come good despite the difficulties which everyone has had. Being tough and being able to cope with change is a big asset.”