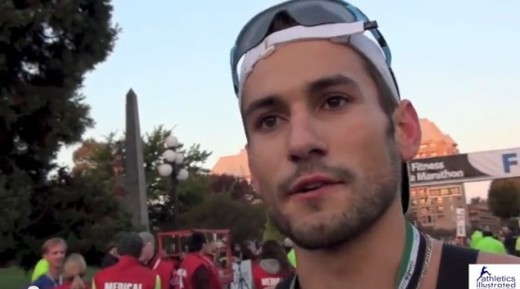 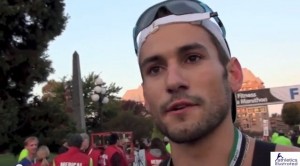 University of Victoria Vikes’ runner Olivier Collin is having one of his best seasons in years, which bodes well for the team as they will be competing in the Canadian Interuniversity Sport (CIS) Cross Country Championships in Guelph, Ontario on November 14th and will be seeking a podium finish. The 2015 meet will be highly competitive as the CIS field includes several schools that have an opportunity to topple the Guelph Gryphons, who have won nine consecutive times.

During 2010, he achieved several personal bests on the track. He also ran very well in cross country for the Fresno State University Bulldogs, helping them to win the Western Athletics Conference title, which earned him Freshman of the Year honours.

For the next few years he suffered several injuries that kept him from running his best, despite this he has run well enough for the Vikes to earn 2013 and 2014 Cross Country CIS First and Second Team All-Star nods as well as 2014 Canada West First Team All-Star in track.

Christopher Kelsall: Can you describe growing up in Saint-Lazare, QC?

Olivier Collin: I actually grew up in Ontario, but I did start my running career in Saint-Lazare. In terms of running it was a great town with nice running trails nearby. No indoor track, until recently, but we did manage to train hard on the slippery streets of the neighbouring town.

OC: Yes, 2010 was obviously a great season for me and a great time in my career. It was the first season where I didn’t sustain an injury during my preparation and it was amazing to see what I was capable of when I was healthy. Since then, injuries hit me from every angle. I was blessed with a terrible back and just had to deal with it.

I can’t remember how many therapists I’ve seen over the years and how much money I tossed in their direction. Thankfully, I met Wynn (Gmitroski) in training camp a few years back and he was able to “nurse” me back to health slowly. With his help and the doctors here in Victoria, they figured out a problem with my hip that lead to my surgery in 2012. However, even after surgery I still have an endless amount of problems that plague my running every year. Thankfully, I was able to learn a lot about myself and found ways to break these cycles.

CK: What are your long-term running goals?

No, in all honesty the past few years have been extremely hard both mentally and physically, last year being the hardest after a stress fracture. Each setback is getting harder and harder to manage and slowly pushing me out of the sport. That’s why I decided to just go with it and not look too much towards the future. I am having fun with cross country as we speak and I am very content where things are for the moment.

CK: You ran well in the 2015 BC Cross Country Championships finishing fourth and just half a minute behind the lead. Are you satisfied with the result?

OC: Ya, I am satisfied. This season has really been about peaking for CI’s and helping the team as much as I can. My fall preparation has been great, doing most of it with Ryan Cassidy, and I’ve enjoyed the process for the first time in a while!

CK: What are your expectations at CI’s?

OC: I know I can improve from last year’s result of 11th. I am feeling better this year and more confident. Training has been going amazing and I’m feeling ready to tear stuff (not the actual word used) up out there. It will be fun to see. It’s been awhile since I’ve been hungry during the cross country season, so anything could happen.

CK: Describe hungry, do you have to hold yourself back at workouts because you are so ready to go?

OC: I wouldn’t say I hold myself back, but if I were to compare myself with 2014 Olivier I do feel much better on many levels. I am not looking at cross as a base builder for the upcoming indoor and outdoor season. I am no longer comparing myself with who I was in 2010, but rather just focussed on enjoying myself. Removing that pressure has done a lot and I think my running is a lot better as a result. I’m just excited to see how far I can push myself come CIS.

CK: Would being on a team at CI’s versus racing in club nationals change the way you compete? Would you perhaps been more reckless in clubs?

OC: I don’t think it changes much. At the end of the day I want to be competitive and finish as close to the top as possible.

CK: So will you go for the win anyway and take what you get or will you sit in a spot that feels like a pace that is doable throughout?

OC: It will be a combination of both those things. In the past years, I’ve always been too conservative and let the guys bridge a gap that I couldn’t close. That was especially problematic last year in the Newfoundland windstorm! So we’ll see how it plays out come Saturday.