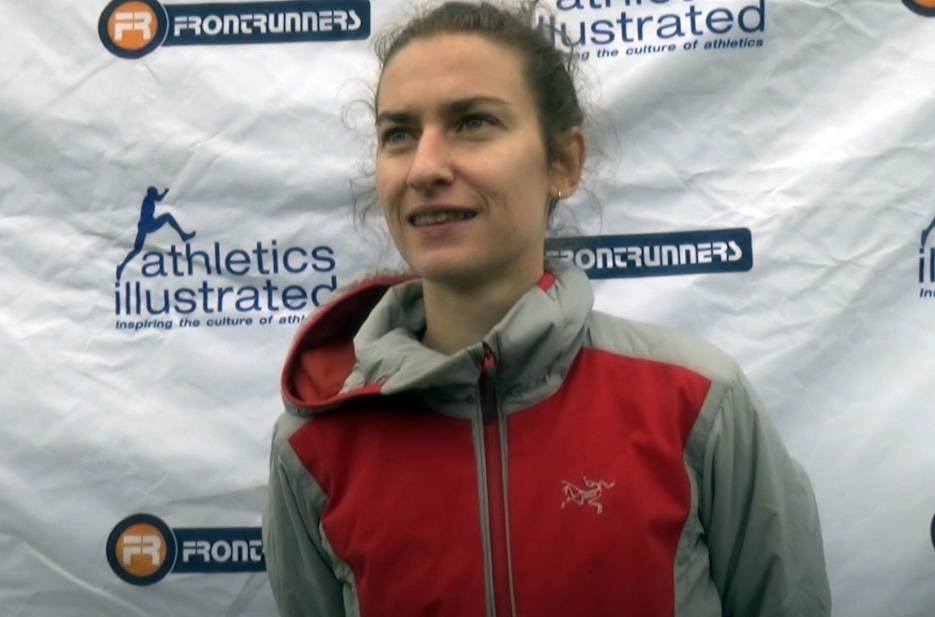 The provincial BC 8K Road Championships take place Sunday in rural North Saanich. The race venue is a short 20-minute drive north of Victoria for two-time Olympian Geneviève Lalonde. The start line is just a 3K warm-up run from the BC Ferries terminal at Schwartz Bay where Coquitlam’s Brendan Wong will make landing from Greater Vancouver via the Georgia Straight.

Lalonde owns the national 3000m steeplechase record at 9:22.40, which she set while competing in the 2020 (2021) Tokyo Olympic Games. She also competed in the 2016 Rio Olympic Games. Lalonde’s first international race as a resident of Victoria was the 2020 Pan Am Cross Cup which she won at nearby Bear Mountain Resort. Lalonde is a multi-time national champion and two-time medallist at the Pan American Games.

Sunday, she hopes to put in some hard work to get an indication of where her fitness is at. The 30-year-old wants to compete in the 2022 Eugene World Athletics Championships. Rarely is a competition at that level available in the Pacific Standard Time zone. Lalonde will want to make the best of it.

She said, “As my focus is on outdoors it will be good to get a solid race on the roads before the track season begins. I’m looking forward to running on the island and being a part of the running community out here.”

Lalonde is coached by the University of Victoria Vikes head coach Hilary Stellingwerff, who is also a two-time Olympian. Stellingwerff specialized in the 1500m distance.

Asked about her current level of fitness Lalonde shared, “In terms of my fitness, things are going well. I just got back from a trip down to Scottsdale, AZ where I enjoyed some warm weather training.”

Lalonde should win the race and finish in approximately 26:00 to 26:20. The event record holder Natasha Wodak, who has run as fast as 25:28 is currently training in the US and is focused on competing in the New York Half Marathon.

Wodak, now age 40, held the national record in the half marathon for a short spell. She was the first Canadian to run sub-70-minutes when she clocked a 69:41 in Houston 2020. Her 25:28 8K from the Pioneer race in 2013 continues to be the recognized national best.

Brendan Wong of Coquitlam is the other pre-race favourite.

“My fitness is pretty good,” said Wong. “[I am] Just coming off the First Half Marathon in Vancouver two weeks ago (not my best race due to some stomach issues), but the fitness is there.”

“I ran 24:34 at the BC Cross Country Championships. So we’ll see what happens this weekend. I feel pretty good. Hopefully going to run a fast time!”

James Lam of Vancouver took the last edition of the Pioneer 8K in 2020 (2021 was virtual only, due to the pandemic). Lam clocked a 24:23 finish time. Local masters athlete Andrew Russell, a previous winner, clocked a 25:24 in 2019 for third place. He will be competing on Sunday as well.

The race was to be held in early January, however, snow, increased pandemic protocols, and supply chain issues postponed the event for six weeks. The course is fast, with a few gently rolling hills and corners, with one 180-degree turn. The course is sheltered with a good exposed aggregate surface for grip. The profile of the Pioneer 8K course in North Saanich is almost identical to the previous route, which was run in Central Saanich. Wodak’s 25:28 was run on the previous route, however, she has gone sub-26 on the new one.

Several hundred runners are expected to make the short trek up the Pat Bay Highway from Greater Victoria. Strong club showing will come from the Comox Valley, more than three hours away, as well as the Cowichan Valley and the host club the Prairie Inn Harriers Running Club. Sunday will see the 43rd edition of the race.

The race is a fixture of the Vancouver Island Race Series and the BC Athletics Super Series.

Registration details can be found here>>