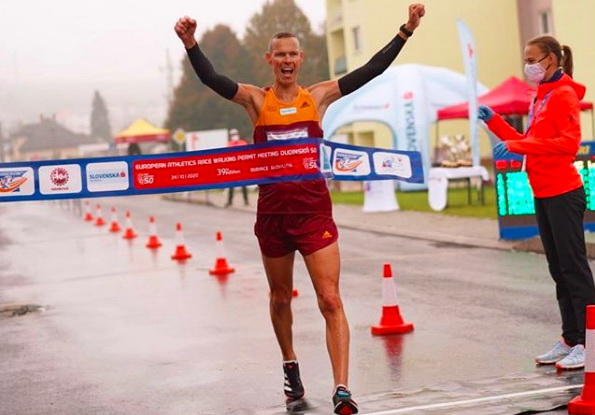 Three other athletes raced to a qualifying time as Rafal Augustyn of Poland clocked a 3:47:42, Ecuador’s Andres Chocho 3:48:57, and German athlete Karl Junghannss squeaked in with a 3:49:45 performance.

The 37-year-old Slovak is now a four-time winner in Dudince.

In addition to his Rio gold, he won the 2015 World Athletics Championships 50K in Beijing. he is a two-time European Championships silver medallist in the same event. His personal best for the distance is 3:34:38 from the 2015 edition of the Dudinska 50K.

The current world record is 3:32:33 which was set by French athlete Yohann Diniz during the 2014 European Championships in Zurich.