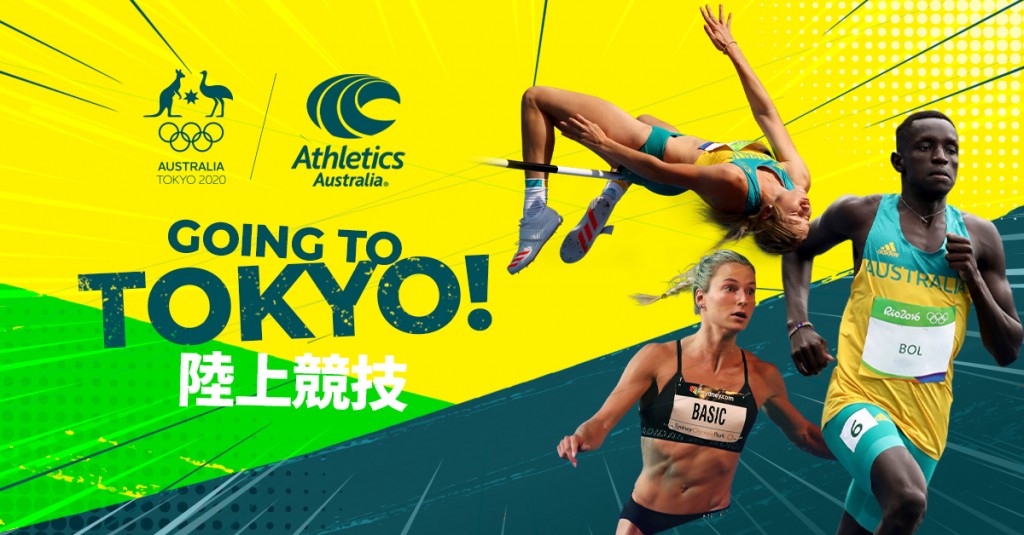 Today’s announcement takes the number of athletes selected to the Australian Olympic Team for Tokyo to 473. A final team announcement and media conference will be held on Monday 5 July, with full details to come tomorrow.

“With athletes facing so many obstacles and challenging to qualification and competition throughout this Olympic cycle, it is fantastic to send our biggest ever Athletics team to an away Games,” Mr Chesterman said.

“To have so many athletes qualify is a great reflection of their commitment and persistence. It also speaks volumes of the tremendous support from their coaches, families, friends and Athletics Australia. The depth and talent we have in Australian athletics is exciting.

“With 63 athletes this is the biggest section of the Team and they will bring great energy to the group in the second week of the Games.

“Well done to all the athletes announced today, I look forward to seeing you in Tokyo in just a few short weeks.”

Rio Olympian Annaliese Rubie-Renshaw will compete in the 4x400m relay in Tokyo.

“It hasn’t sunk in that I’ve finally been selected; it feels surreal” Rubie-Renshaw said. “It’s been a long wait, but it’s exciting too. I feel the longer you wait, the more special it feels to be selected onto a team.

“Before Rio, I had the benefit of being selected early on, so it’s been really different this time around. I’m doing my final preparation at home, and when the Games start we’ll still be in Australia.

“I haven’t competed on an Australian team since 2018 due to a few injuries, so I’m most looking forward to walking into the stadium, whether there is a crowd or there is no crowd, because after this time away, it will be really special to wear the green and gold again.

“Being in a relay team is always a special experience, coming from an individual sport. You’re part of a team – not just part of the Australian Olympic Team, but the relay team and you’re sharing such a special moment with others. I’m looking forward to seeing what’s possible after doing so well in Rio.”

“I was so happy to throw a PB so close to Tokyo especially considering we have a lot of freshening up to do to get into peak form, so I’m very excited about the form I potentially could get into,” Denny said.

“I’m really just looking forward to finally competing again. It’s been a long time between drinks when it comes to competing internationally, so I’m hanging out to get back in the ring. The past few years have had a lot of learning curves, but it’s nice to have learnt them ahead of Tokyo.”

“What’s more exciting is the real mix of experience we have in this fourth wave selected. We have 14 Olympians joining the team once again, including Jeff Riseley who will add Olympics number four to his list of achievements, and 22 debutants, all of whom have made a lasting impression on the Australian athletics community, including our youngest athlete on the team, 18-year-old Ellie Beer. This highlights to me that the future of athletics in our country is strong and bright.”

“It’s not only these athletes we must congratulate today. Each of them has a great support system around them, including coaches, support staff, and their families and friends who have all buoyed them up to make this happen.

“We have a big few weeks ahead as our team now goes into camp to put the finishing touches on their final preparations, but I’m looking forward to seeing all 63 Australian track and field representatives put their work from over the last five years into action.”

Note a non-nominated athlete is appealing their non-nomination. That process is being followed.

The Athletics competition will run from 30 July – 8 August at Tokyo’s Olympic Stadium for track and field, and Sapporo Odori Park for road events.