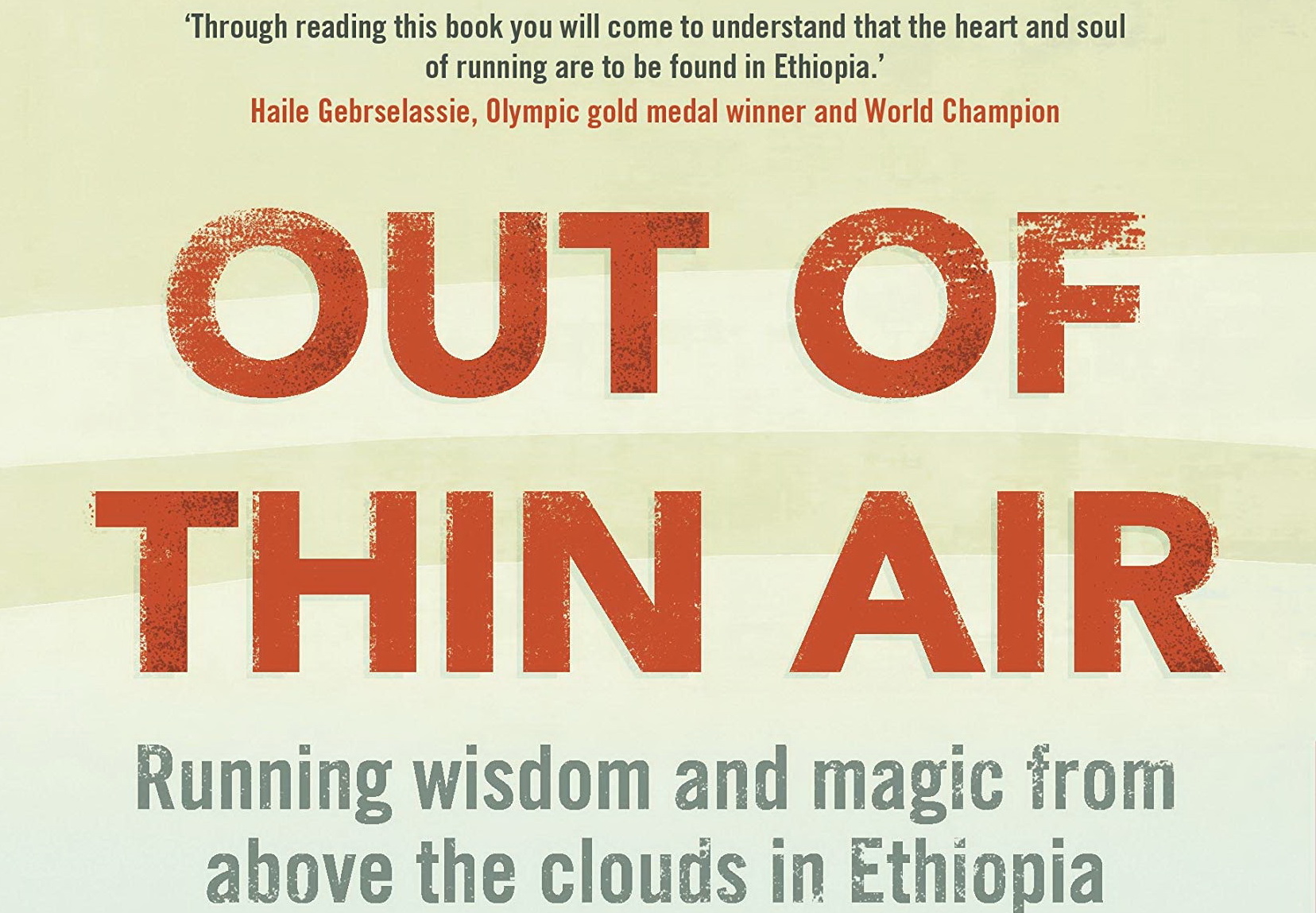 Title: Out of Thin Air: Running wisdom and magic from above the clouds in Ethiopia

“Never underestimate the beast that lies within a man’s heart.”
— unknown

There are many variations of the above aphorism. This one couldn’t ring more true about the Ethiopian and greater East African running communities. Ethiopian runner’s hearts are big and powerful in a literal sense. However, the beast that lies within the metaphorical heart, or perhaps the spirit, is seemingly unlimited.

Author Michael Crawley, an elite distance runner from Scotland, who earned his Ph.D. from the University of Edinburgh in Anthropology, spent 15 months embedded in the elite running community of Ethiopia. He observed and trained with the apex predators of endurance, up close and personal. He tells us that not only is Ethiopia the only African country to thwart colonialism, they were the first Christians too.

Anthropology is the scientific study of humanity, concerned with human behavior, human biology, cultures, and societies.

In his book, Out of Thin Air, Crawley writes in the first-person narrative and in a tone that could be construed as matter-of-fact, tinged with a dry observant wit. Perhaps he is mildly sardonic too. At first blush, one might think it is a Crawley trait, but the Ethiopians, we discover, are quite funny, so perhaps they bring it out of him. It is difficult to be concise about their brand of humour, but for anyone watching Ethiopians race, they just seem focussed, nearly angry, perhaps aloof. Humour is not the first emotion that comes to mind. However, being forced awake at 3:00 AM to run a long, hard effort at high altitude and in cool temperatures is fodder for sarcasm if there ever was. Especially so, when the threat of attack by hyenas seems ever-present; they are no laughing matter.

Ethiopian running is as much about the belief in a force that governs their running, not science — in fact, they are sceptical about scientists. Ethiopians acknowledge little to do with training paces (most of the time) and specific distances, and more about the quality of air at altitude, the surface that they run on, and running together. To them, running alone is good to keep in shape, but to train seriously, you must run together. They learn from each other. In deference to almost all other cultures, the athletes will learn from their fellow athletes, not necessarily from the coach.

We learn too, that running with a watch is rarely done. In fact, at one point, the discussion about running with a watch was used as a tool to avoid running fast. A coach put a watch on a runner to see how slow the group can go, on a slow day and how little ground they could cover; data corrupts (sort of).

Ethiopia is a poor country. The athletes are desperate. Prize money from a mid-level road race in Europe or North America could change the life of an Ethiopian. A major event win will make them rich. Interestingly Crawley never brings up performance-enhancing drugs. Perhaps asking would end his stay abruptly. Ethiopia’s primary rival is Kenya. Kenya has more athletes banned than all other countries, save for Russia, which is banned completely.

Out of Thin Air exposes the unique culture of running in Ethiopia for readers who until now found it to be a mystery. Certainly, with a 66-minute half-marathon and a 2:20 marathon best, he is no slouch, but Crawley was dragging up the back of all training runs, but he was just good enough to get up close and personal. Who would be more appropriate than an anthropologist runner?

Non-runners may find Crawley’s book fascinating, however, running has its own language and lore and Ethiopia’s Amharic adds to the complexity, thankfully, Crawley took the time to learn the language, so readers can fully live the experience through his eyes.

It’s worth the read.

The book is available here>>