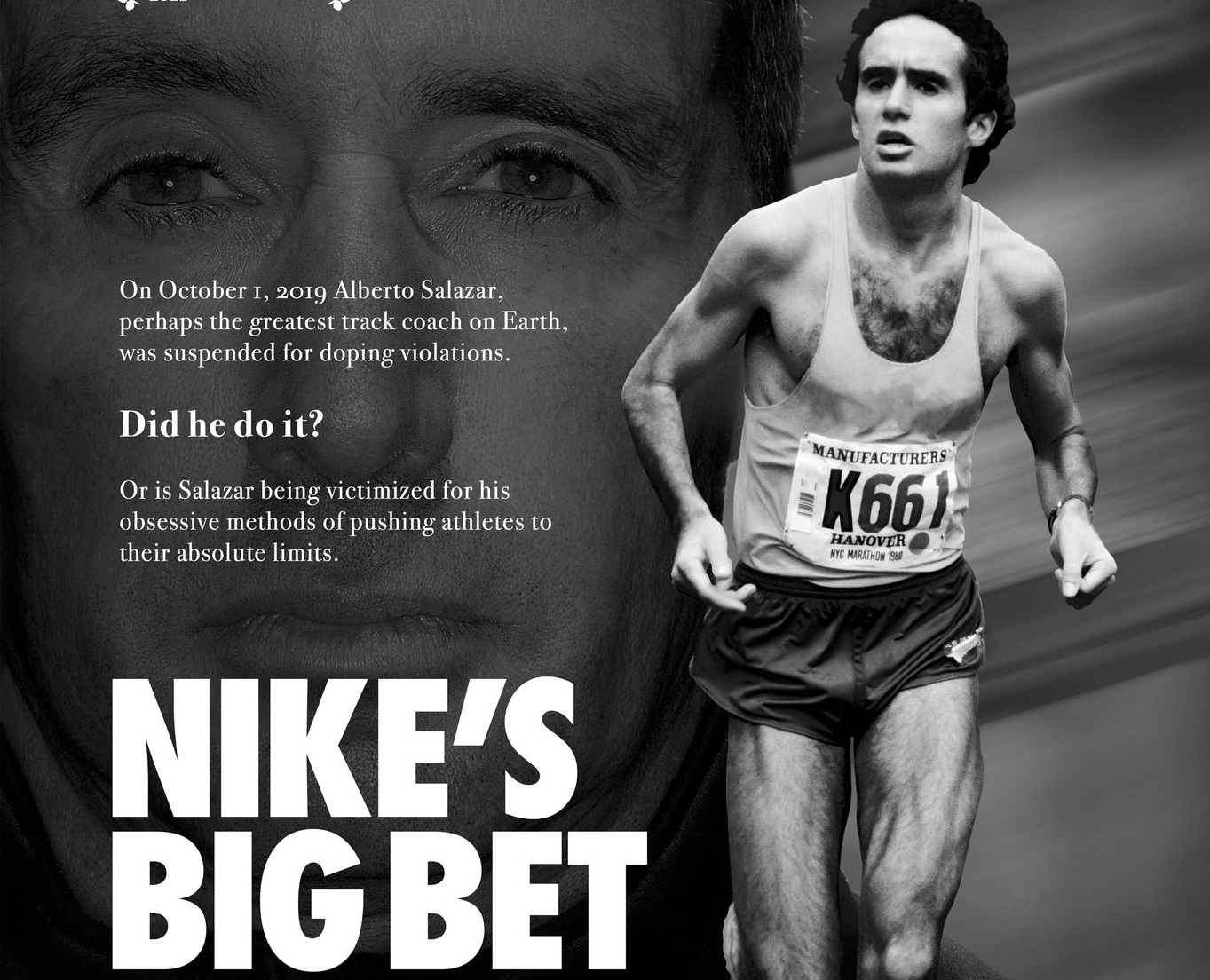 This extensive podcast-style interview uncovers the fascinating story of the Nike Oregon Project and suspended coach Alberto Salazar from a new perspective.

Paul Kemp is an award-winning documentary filmmaker, writer, and director.

The documentary will be released Thursday, April 28.

According to Kemp, “Europeans are fascinated by Alberto Salazar, so they are very much anticipating the release.”

Out of 3000 entries into the Hot Docs Film Festival, according to Kemp, Nike’s Big Bet has been shortlisted to top-nine of films to watch at the festival.

Kemp weighs in on the alleged doping, apparent Nike bullying, treatment of women, and Salazar’s insatiable appetite for success as a runner and then as a coach. “When news broke about the Salazar, I mean it was a massive story. It happened during the 2019 Doha World Athletics Championships.”

Salazar is appealing the four-year suspension at the Court of Arbitration for Sport that he received. Although the film will be streamed starting on Thursday, other media are purchasing the rights and will broadcast it closer to the start of the Olympic Games.