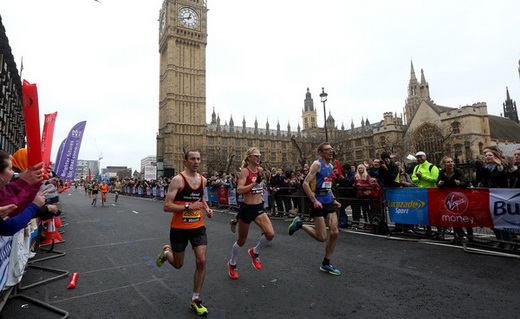 Paula Radcliffe believes that Mary Keitany is the woman to take her marathon world record which has stood for 15 years.

Keitany set a searing pace in last year’s London Marathon – at one stage she was a minute ahead of Radcliffe’s mark – only to finish 96 seconds shy of the record of 2:15.25 set in the capital in 2003 when Radcliffe was aided by male pacemakers.

And London Marathon bosses will provide the Kenyan with similar help as she bids to rewrite the record books in this year’s race on April 22.

Radcliffe told Standard Sport: “It’s hard to say until it happens [the record is broken] how I’ll feel.

“I don’t want it to be broken but the nature of the sport is one day it will be done and I’ve always known that.

“I’m amazed it has lasted this long and I’ve always felt Mary would be the one to take it. Hopefully, it happens in a good race with much to admire.”