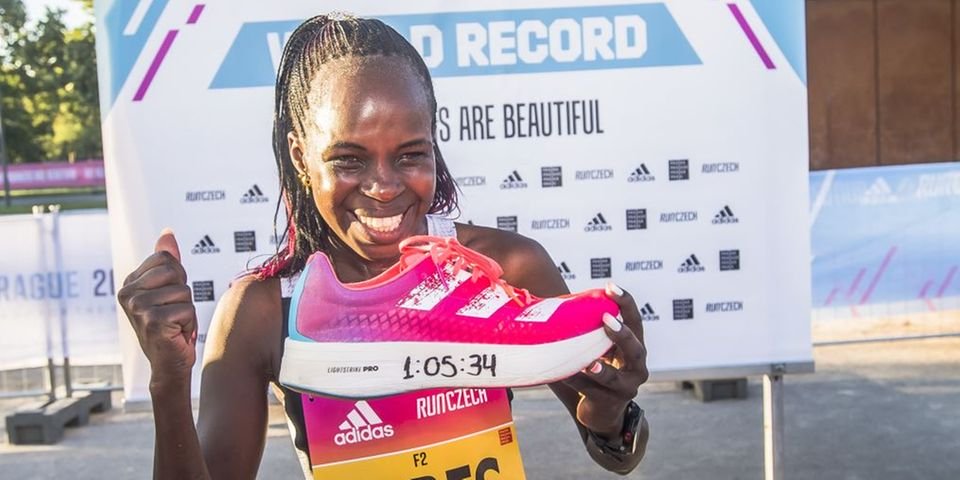 The first weekend of September 2020 has proven to be a big deal in the sport of athletics. Friday, Dutch athlete Sifan Hassan and Englishman Mo Farah each broke the world one-hour record at the Brussels Diamond League meet. Over at the Muller British Championships, national records were being set. Saturday, the highly anticipated half-marathon in Prague provided a world record too.

Kenya’s Peres Jepchirchir on Saturday broke the world record for a women’s only half marathon, stopping the clock at one-hour, five minutes, and 34 seconds.

The performance bettered the old record by 37 seconds and stood at 1:06:11. It was set by Ethiopia’s Netsanet Gudeta at the 2018 World Half Marathon Championships in Valencia.

Kibiwott Kandie of Kenya failed to break the benchmark of 58:30 – that was his goal – but he came close with a very strong performance of 58:37. His personal best was 58:58, which he set in winning the Ras Al Khaimah Half Marathon in February 2020.

The world record is owned by Kenya’s Geoffrey Kamworor 58:01 set in 2019 in Copenhagen.