The third Athletics Illustrated Person of the Week honour is awarded to Lord Sebastian Coe for the week of April 27, 2020. With the daunting and controversial decision to change the qualification window for the 2020 (2021) Tokyo Olympic Games, for better or for worse, he defended the new window for
qualification on the overarching merit of fairness. 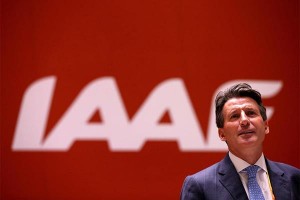 For now, Coe earns the third Person of the Week honours for speaking to the media, in this case, Let’sRun.com about why the Olympic qualification window will remain with the new dates.

During a successful athletics career as a middle-distance athlete specialising in the 800m and 1500m events, he earned Olympic gold twice in the 1500m  at the 1980 Moscow and 1984 Los Angeles Olympic Games. He earned silver in the 800m at both meets.

Shortly after his athletics career ended, he went onto politics becoming a conservative member of the English Parliament from 1992 to 1997.

He headed a successful bid for the 2012 London Olympic Games. In 2007 and then again in 2011 he was elected vice-president of the International Association of Athletics Federations (now World Athletics). In 2015, he successfully was elected as president, a position he currently holds.

“Look, there are no perfect solutions in a very imperfect world at the moment,” Coe told Let’s Run in regards to the pandemic influencing the Olympic qualification window.

Shortly after becoming president of the IAAF, he headed the move to ban Russia from participating in any international competitions, which later included the Olympic Games and World Championships of both track and field and cross-country.

The suspension was upheld and continues to this day. Russia is accused of systematic doping, among several other related charges. The ban eventually was picked up by the International Olympic Committee for all sports.

Under Coe’s direction, World Athletics has come forward with a renewed enthusiasm to make cross-country an important part of the global athletics calendar. He has also been a part of the re-branding of the worldwide governing body. The previous name created nearly 100 years before: International Association of Athletics Federations (IAAF) was a poor  brand for marketing. World Athletics is the new name and is much more welcoming and easier to use for brand building, which the organisation has a lot of work to do going forward.