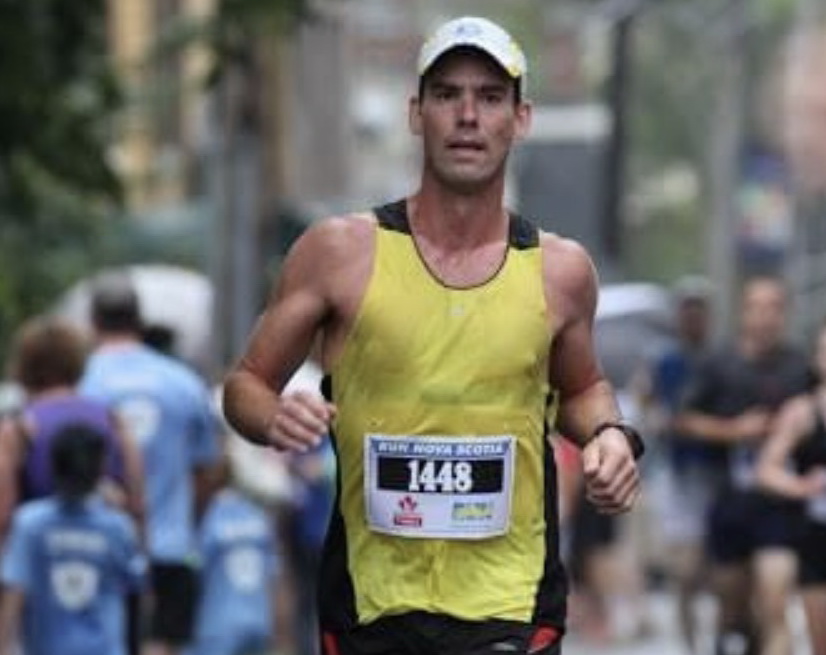 The fourth Athletics Illustrated Person of the Week honour is awarded to Jody Mattie and Luke MacDonald for the week of May 4, 2020. The two runners, set against the backdrop of two recent tragic events as well as the Coronavirus pandemic, started a fundraising idea that has taken on a life of its own.

For now, MacDonald and Mattie earn the fourth Person of the Week honours for their admirable fundraising efforts.

On April 18 and 19, 2020, when the Nova Scotia mass shootings took place, as expected, the affected small tightknit communities were emotionally decimated.

The killer took 22 lives from 16 different locations over a 13-hour rampage that stretched from a rural northern area of Portapique, south to central Nova Scotia in Dartmouth, Truro and Halifax. It is now considered the deadliest mass shooting in Canadian history.

Nova Scotia, as with much of the world, had already been deeply affected by the Coronavirus pandemic. Days after the shooting there was a helicopter crash off the HMCS Fredericton killing three NS residents, one of them the bagpiper who played during the vigil for the victims of the killing spree.

In total, six Canadian military members went down in the Mediterranean Sea in a CH-148 Cyclone that crashed last Wednesday while taking part in NATO exercises.

The bagpiper was Sub-Lt. Abbigail Cowbrough, an officer who was from nearby Dartmouth. Fellow Nova Scotians Capt. Brenden Ian MacDonald, from New Glasgow as well as Sub-Lt. Matthew Pyke, a naval warfare officer was from Truro.

The others were Capt. Kevin Hagen, a Nanaimo, BC pilot. Capt. Maxime Miron-Morin, from Trois-Rivières, QC and Master Cpl. Matthew Cousins, from Guelph, ON were also victims in the crash.

It is a lot to absorb for the communities in the Eastern Canadian province.

From the athletics world emerged an Aerobics First loyal customer Jody Mattie, who is also a running buddy of store partner Luke MacDonald. Mattie is a long-time runner and athletics coach and volunteer.

Aerobics First is a popular running store located in Halifax and owned in-part by MacDonald and Dean Cheverie.

Through community connections Mattie proceeded a fundraising effort to support the Municipality of Colchester’s NS Strong Fund for the victims of Colchester County and Truro – the hub of the province.

MacDonald, who had created a unique race experience several years prior named Aerobics First My Home 5K Course, which is a race route that a host can create from their own home-running area, was on board without hesitation.

“My Home 5K Course is where I own all the world records,” said MacDonald with tongue firmly planted in cheek. “I am faster than Dick Beardsley and Rod Dixon on my route.”

The idea is to invite fellow runners to take in your own unique course as a fundraiser.

“Typically, we run this one a couple times per year.”

“For this one, people were overpaying,” added MacDonald. “Some people are just paying and not even racing.”

This edition of the My Home 5K Course can be run from May 8 through May 10. The idea is to run from your own home on your own course – going solo. All proceeds go to the fund managed by the Municipality of Colchester to support the families.

Mattie happens to be from Truro.

My Home 5K Course originated as a group run from MacDonald’s house to raise money for charity.

MacDonald isn’t taking credit for the success of this event; he is passing that off to Mattie.

“We talked about it and Jody took it on and ran with it,” shared MacDonald.

Aerobics First has another connection to Colchester. MacDonald, who started with the store 15 years prior as a community outreach coordinator later became a partner. He would be invited by the Truro Run Tribe to visit, to speak to runners and bring running shoes to sell.

MacDonald is well-connected to the running community. In 1996, he started the Youth Running Series in Halifax, which continues to this day. The series provides youth under 17 the opportunity to train and race with appropriate distances. Additionally, he started the Halifax school based Start to Finish Running and Reading program, 11 years ago. MacDonald took up the up former Toronto Argonaut Brian Warren’s national version. Warren is in the Canadian Football League Hall of Fame.

MacDonald’s community connections go back 40 years and that started because in his words, he was treated like a king at Aerobics First when buying his first pair of running shoes when he was 16 with his own money. He has been immersed in the greater running community ever since.

“Now with the Truro Run Tribe, I feel like they are my own club as I get along so well with them. In addition to my going into their community, they would come to Halifax to buy shoes for their club members. So, over the years, I feel I have grown close to the club.”

MacDonald reached out to one of the club members Robin Whooten, he asked how the community was doing after the tragedies, her assessment wasn’t positive. Something needed to be done to help. And that is when Mattie stepped up to the plate.

“I live, work and play in Truro.  All I did was come up with the idea to hold a run to bring the local running community together and help raise a few dollars for the victims. I sought Luke’s permission to use the My Home 5K Course concept and he was gracious enough to let me run with it. The amazing running community is who should get credit for making this grow,” shared Mattie.

It takes a community

“Anyway, Noel Paine as well as Race Roster picked up on this event and promoted it with Athletics Canada. When they got on board, it was like a fuse was lit. So, this is a community event in Nova Scotia that went Canada-wide. We all feel deeply for the victims and those directly and indirectly affected by the tragedies and are just here to help in any way that we can.”