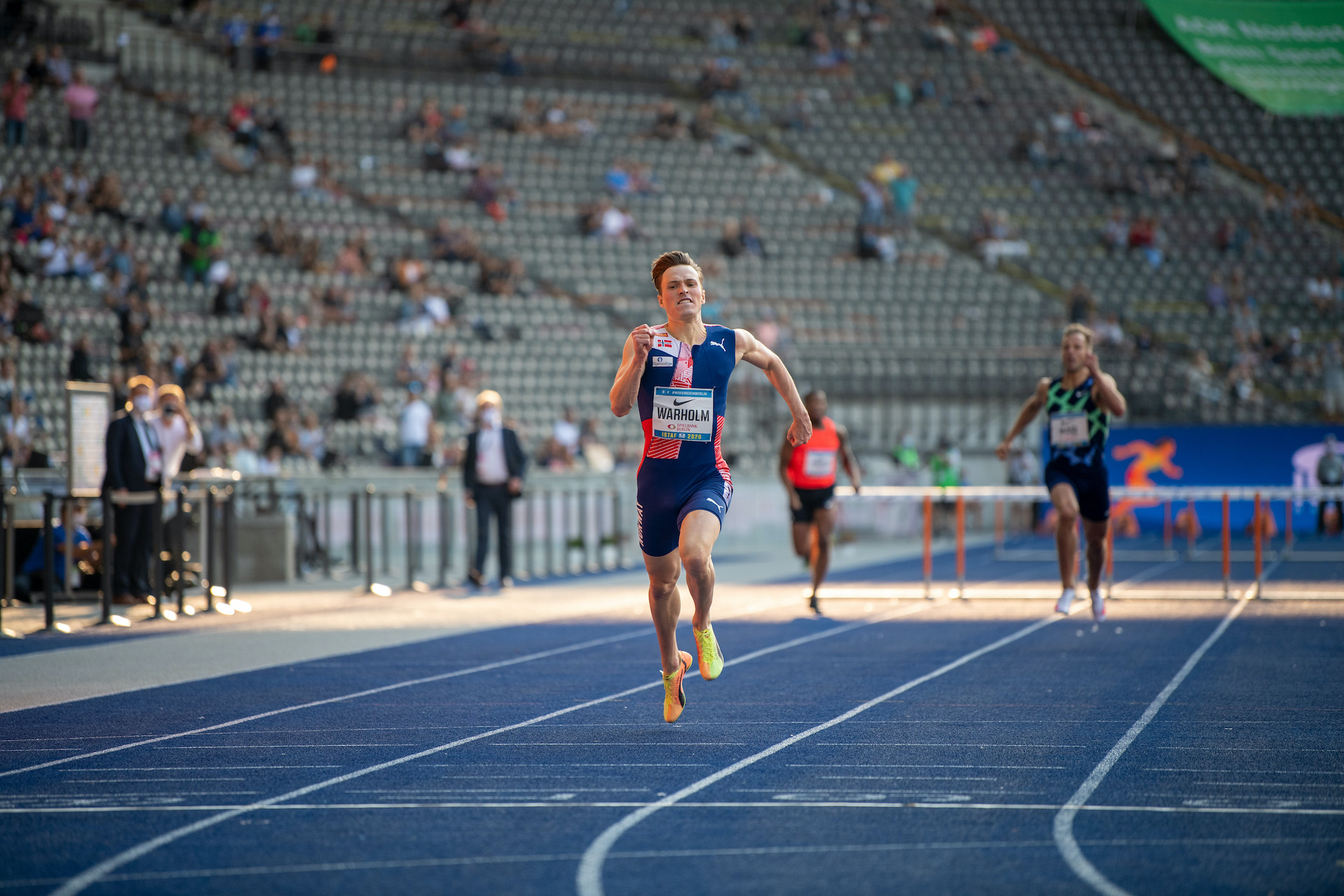 The Athletics Illustrated Person of the Week honours for the week of
September 14, 2020, goes to Norweigan athlete Karsten Warholm. Warholm won the 400m hurdles event in a new meet record time of 47.08, bettering American Edwin Moses’ performance from 40 years prior.

Karsten Warholm broke the 40-year-old meet record at ISTAF Berlin on Sunday. The record was set by Edwin Moses. The Norwegian stormed to a world-class time of 47.08 seconds in the 400 m hurdles.  The performance is the ninth-fastest all-time.

In warm weather conditions, 3,500 spectators were allowed back into Berlin’s huge Olympic Stadium. Social distance and hygiene measures were in place.

Warholm’s name was written into the start list only a few days ago. Bursting out of the blocks, he flew away from the field. However, he could not quite keep up the tremendous pace during the second half. But with a time of 47.08 Warholm broke the ISTAF record that was held for 40 years. The American ran 47.17 on August, 8 1980. Estonia’s Rasmus Magie was second behind Warholm in 49.22 while David Kendziera of the US took third with 50.28.

“It was a really good lap. And it is my third best time ever so I am absolutely happy with that. Over the final two hurdles I was tiring a bit,“ said Warholm… I am coming closer and closer with low-47 times, if I continue to be consistent at this level then the records can come.“

The Athletics Illustrated Person of the Week recognition is an endeavor that aims to recognise noteworthy or newsworthy achievements, actions or events in the sport of athletics by individuals who are involved or have affected the sport in some way.