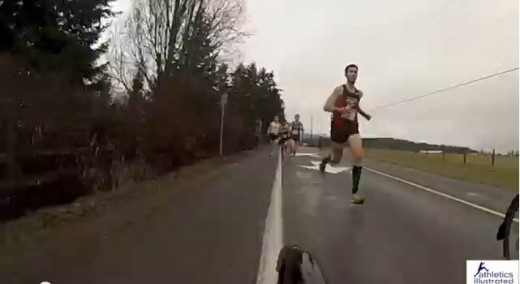 The 37th annual Prairie Inn Harrier’s Pioneer 8K taking place this Sunday just got an injection of speed from a few international athletes.

Late additions to the race are Dylan Wykes, Canada’s second fastest active marathon runner, who competed in the 2012 London Olympic Games and owns a personal best of 2:10:47 from his 2012 Rotterdam marathon performance. There is Rob Watson, also one of Canada’s faster marathon runners with a best of 2:13:29 from his 2013 Toronto Waterfront Marathon. Watson also ran 2:13:37 during the 2012 Rotterdam race.

Jeff Symonds is an ironman triathlete, who has competed at a high level internationally including winning the 2015 Ironman Asia Pacific in Melbourne, Australia. Also in the race is Brandon Lord, who was born in Sudbury, but grew up Chattanooga and competed for the University of Georgia in the NCAA. Lord owns a 5,000-metre personal best of 14:09.69.

The women’s masters race has two strong local athletes in Lucy Smith and Marilyn Arsenault. Smith is a 19-time Canadian champion on the tracks, roads, trails and in multi-sport. Arsenault has broken at least two Canadian masters records in the 10,000-metre distance in both the 40-44 and 45-49 age-categories. 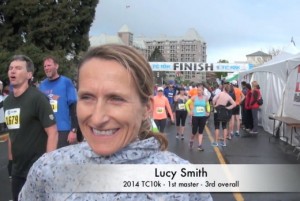 As earlier reported, some of the top distance runners competing are Canadian 10,000-metre record holder Natasha Wodak as well as Rachel Cliff who is one of Canada’s top 5,000-metre runners, Chris Winter six-time IAAF World Championships competitor in track, cross-country as a junior and senior. There are also a pair of University of Victoria Vikes, who helped the team win the 2015 CIS national championships in cross-country, Shoayb Bascal and Cody Therrien.

Sunday’s race starts at 11:00 AM sharp from the Saanich Fairgrounds. The Pioneer 8K is race one of two different road race series, the BC Super Series and the Vancouver Island Race Series. It is also the first race in Canada in the New Year and of the first each year in North America.

The course is fast, but rolling and offers an opportunity for athletes to race the less common 8K distance.