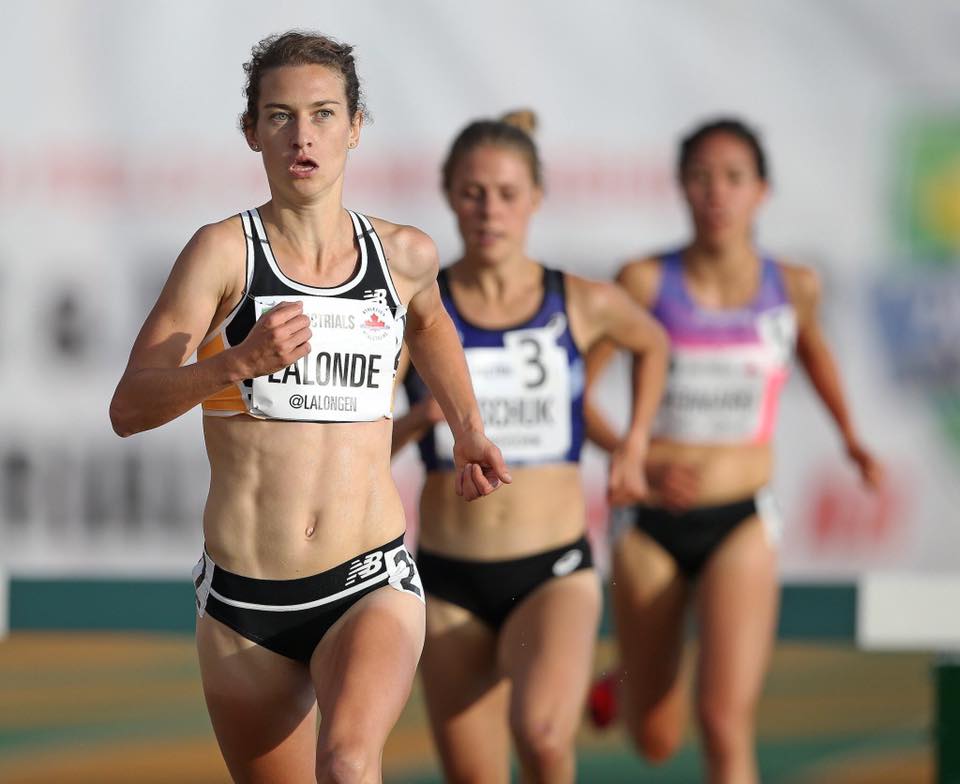 This was from a video interview with Genevieve Lalonde with 2016 Rio Olympian in the 3000m steeplechase. Here, she talks about getting married in September to John Rasmussen, national Olympic distance triathlete, enjoying the abundance of trails in Victoria, BC, and attempting to train appropriately during the pandemic.

She also talks about the New Brunswick-based (but online) Women’s Running Summit that she is involved with. It is happening in mid-November and is open to all women across Canada.

In addition to her Olympic finals race, Lalonde also competed three times in the World Athletics Championships and won gold in both the 2019 Panamerican Games in the 3000msc, as well as gold in the Pan Am Cross Country Cup.

Lalonde is the Canadian record holder in the steeplechase and in fact holds at least (if not more) the top three performances all-time for the event. The 29-year-old is a “real Canadian” in that she grew up in New Brunswick, went to university and lived post-collegiately in Guelph, Ontario. She also lived in the Yukon and now resides in Victoria, BC.