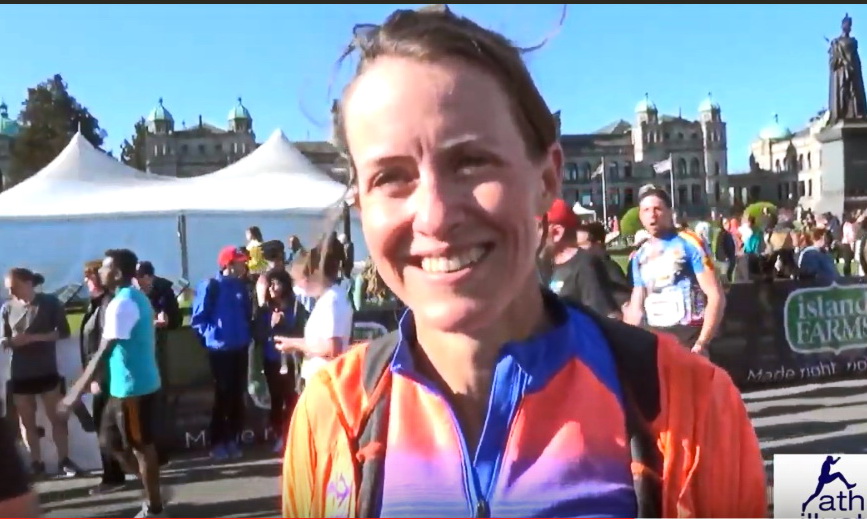 The course record was 32:56, Inglis smashed the record with her 32:24 performance, Elmore, back from retirement and after having two children, nearly ran as fast as the old record from 2017) – just four seconds off.

Elmore will embark in a fall marathon, either possibly Toronto or Chicago.

She talks about her son, who at five years old will run the 1.5K kids runs. He isn’t aware that both of his parents are all-time great Canadian 1500-metre specialists, but he is competitive.