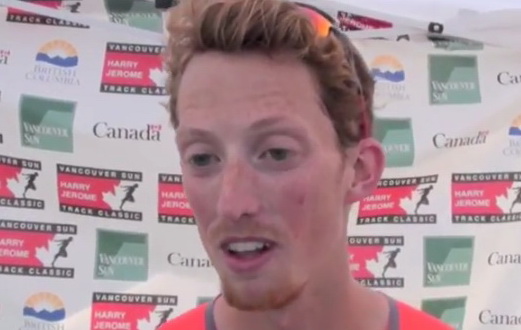 The International Association of Athletics Federations (IAAF) and the International Olympic Committee (IOC) are reviewing events that take place during the Olympic Games and world championships of track and field.

There is a potential move afoot to remove the 10,000-metre track race as well as the 50-kilometre (road) race walk.

Should the 10,000-metre running event be moved to the roads or be replaced with another distance, or be cancelled altogether, athletics wouldn’t suffer much. In racewalking, the cancellation of 50K race would devastate the event, globally.

Over recent years, Canadian race-walkers have come to the fore just as the IAAF and the World Anti-Doping Agency (WADA) have stepped up their efforts in testing and banning cheaters. Many Russian racewalkers have been suspended for failing tests.  In the path of their removal, have emerged several Canadian racewalkers including Iñaki Gómez, Mathieu Bilodeau, Benjamin Thorne and Evan Dunfee, who have competed well on the global stage.

Vancouver’s Dunfee made name for himself during global competition, which was magnified during the 2016 Rio Olympics where he finished heartbreakingly close to winning a bronze medal. This event is his specialty.

The 28-year-old owns the Canadian record in the 50K, which he set in Rio when he placed fourth.

In that race, Japan’s Hirooki Arai clipped Dunfee and threw the Canadian off of his rhythm. At first, Hirooki was disqualified, however, upon review he was reinstated as the bronze medal winner, relegating Dunfee to fourth.

Dunfee was afforded the opportunity to protest the decision but decided not to, which made him a bit of a hero in the sport of athletics and to Canadian track fans.

The IAAF votes on the decision on whether to keep or remove the 50K at a meeting set for April 14, the event would, in theory, be discontinued after the IAAF Wold Cup that takes place in May of 2018.

Dunfee stated on his Facebook page, the following, “With the IOC and IAAF set to determine my fate as an athlete next week, mainly due to IOC corporate greed, I would love to ask them, how much is a role model worth? If you take away the 50km from the Olympics you are losing 80 of the best role models I can think of. [These are]Guys who know how to endure for passion not a paycheque; guys who embody the Olympic values that the IOC is supposed to uphold; It’s heartbreaking.”

There is a Change.org petition to bring voice to the committee letting them know that the fans and athletes do not want to lose the 50K race walk.