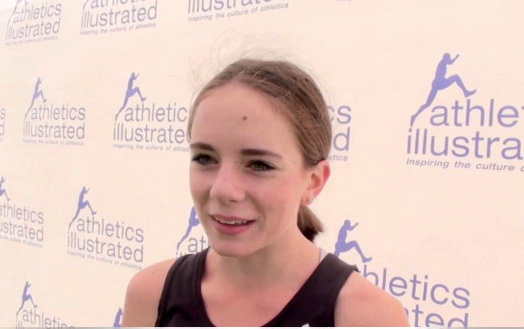 Link to see all 2016 BC Cross Country Championships videos from Nanaimo.

The 2016 BC High School Cross Country Championships will take place just west of Kelowna Saturday morning November 5th at Telemark. Several exciting races are on tap starting at 9:30 AM with a 1.2-kilometre para-race.

Many of the athletes are coming off competing at the 2016 BC Cross Country Championships in Nanaimo last weekend as well as their respective BC zone championships the week before.

Some of the top names include the Bennison sisters Mia and Hannah, who both won their categories in Nanaimo. Mia won the girls F16 race, while Hannah won the junior women’s event, which was included with the senior and master’s race.

Bennison finished fifth out of all women including winner Lisa Brooking who attends Trinity Western University, Regan Yee, Rachel Cliff and Lindsay Carson – all of whom are top-flight senior runners. Cliff has competed in the IAAF World Cross Country Championships.

For the senior boy’s race Thomas Nobbs of Point Grey will be seeking redemption after having a rough race at the BC Cross Country Championships last weekend in Nanaimo. He should contend for a win, with Oak Bay High School’s Tyler Dozzi breathing down his neck.

Dozzi is coached by two-time Olympian Bruce Deacon as part of the Prairie Inn Harriers Youth Team.  PIHYT will have several athletes competing.

Other challengers include Liam Foster of Pitt Meadows and Dawson Ribeiro of Earl Marriot, who battled it out at the Fraser Valley Championships. Charlie Dannatt of Handsworth was undefeated on the North Shore this season.

Another Deacon-coached athlete Kalum Delaney of Reynolds secondary in Saanich was second in the junior race last year and won the Island zone last week.

Three other strong runners to watch for are Angus Brown of Shawnigan Lake, who finished a close fourth in Nanaimo, Jackson Konkin of JL Crowe is hoping to show what triathletes can do and Roberto Pelayo-Mazzone of St. Georges won the Vancouver Independent zone.

Hannah Bennison will win the senior race, unless something odd and unusual happens. She is one of the top runners if not the fastest in Canada and one of the fastest runners in her age in North America.

Hannah Pow of Smithers won her zone race by two minutes last week, while Emmajean Neal of Sentinel Secondary is a grade nine student who was the fastest on the North Shore all season. It will be interesting to see what she will do in this race.

Taryn O’Neill of George Elliot was second to Bennison in Okanagan zone and second at recent BC club champs. O’Neill is from just north of Kelowna. Hannah Henry of Mt. Doug won bronze last year and was second at the Island zone race. Other top finishers will likely be Georgia Ginther of Earl Marriot who finished third in Nanaimo. Oak Bay’s Justine Stecko was a top finisher in Nanaimo and third at Island champs, while Olivia Willett of Riverside won BC’s while finishing third at the Fraser Valley Zone race. Finally Annika Austin of Kitsilano won the Vancouver zone race.

Some of the top runners include Kendra Lewis who attends Van Tech. She was second in Nanaimo. Sarah Bryan of the perennially strong Oak Bay High School of Victoria won the Island zone championships, which took place the week before at Beaver Lake.

In the North Shore zone event Sophie Konrad of Carson Graham won, she will be a top finisher as will Sophie Kramer who was the 2016 Frazer Valley zone champion. She attends Sullivan Heights. Annika Ariano of WL Seaton was second in the Okanagan zone, while finishing third at BC Club Champs in Nanaimo. Brooke Mussche of Langley Christian finished second at FV Champs and was fourth in Nanaimo.

This is a very strong field of talented athletes who will be putting everything on the line to perform at their best. Many of the athletes in this event will take in the National Cross Country Championships that will take place in Kingston, Ontario later this month.

In the junior boys race Brock Hoel won the Okanagan zone race; however, there appears to be a group of runners who will fight hard for the medals. Including Logan MacDonald of Sardis, he is the Fraser Valley Champion. Second at the Nanaimo champs was Liam Dwyer who attends Mount Doug High School.

Braden Kersey with WL Seaton finished third in Nanaimo, will be looking to improve his finish placement. The Vancouver zone champion Dylan Ulrich who attends Charles and Joe Robertson of Oak Bay will also challenge for a medal. Robertson won the Island zone event. Finally, Matti Erickson with Trafalgar won the BC Club race in Nanaimo. He is hoping to mix it up with the older runners in this race.

Defending champ Wellington is absent this year. Are there teams out there that can prevent three of these five strong teams from taking the medals?

Sentinel: Jr Champs last year. Looked very strong at the North Shore Zone meet.
Earl Marriot: Put up a very low score at the Fraser Valley Champs, but are their top 4 close enough together?
Oak Bay: Won the Island Zone meet, but depth could be a problem.
Killarney and Kitsilano: Tied at the Vancouver Zone race.  Kits has the speedsters up front, but depth might be an issue. Killarney lacks the top end, but their four scorers were an amazing seven seconds apart at the zone race.

Defending champs Oak Bay look like the clear favourites, if they are healthy on race day.

Other teams in the hunt for medals include:

Oak Bay: Won the Island Zone Race with a strong pack of runners

Windsor: Won the North Shore Zone with a close group of finishers

The chances are good that the medal winning teams will come from the following list.

Oak Bay: Hope to move up one spot this year after dominating the Island Zone race