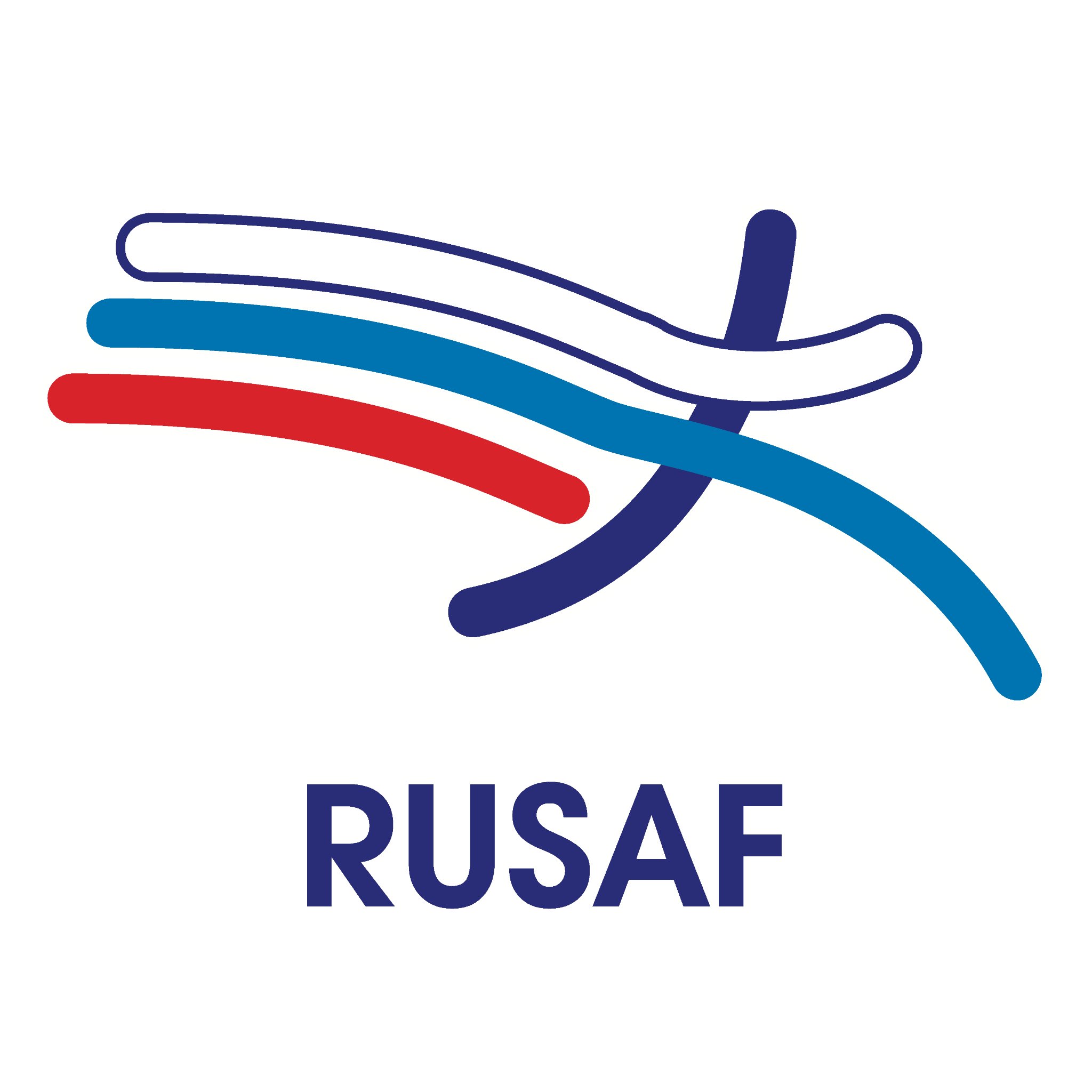 While Athletics Kenya narrowly escaped a national ban from the World Athletics Council after their meeting this week in Rome, the Russian Athletics Federation (RusAF) believes they will be reinstated. Acting president Irina Privalova feels that RusAF is “only a small step” away from reinstatement following encouraging reports to the body’s Council meeting in Rome.

“I believe that in the current difficult situation in which all Russian sports are located, a big step forward has been taken,” Privalova told the Russian state news agency TASS.

A final recommendation by the World Athletics Russian Taskforce managing the reinstatement process is scheduled for the next WAC meeting in March.

Taskforce chair Rune Andersen said there, “is a new culture of good governance and zero tolerance for doping throughout the organisation.”

World Athletics President Sebastian Coe said things, “are moving in the right direction,” however, he added, “independent of the ruling, Russian and Belarusian athletes and officials will continue to be banned from international events while the Russian invasion of Ukraine continues.”

However, the news from Rome clearly cheered the sports community in Russia.

Apparently, anti-doping activities appear to have been stepped up. However, Russia has fallen down so many times, it is difficult to believe that the Siberian Tiger has changes it’s stripes.

“With the support of the Ministry of Sports an effective system of work of the federation has been built, and now it has been evaluated by World Athletics.

“Anti-doping activities are constantly being improved, culture is at the forefront of pure sport, which is supported by athletes, coaches, specialists, and the leadership of the federation.”

Russian whistleblower Vitaly Stepanov told Athletics Illustrated that cheating is a way of life, part of the culture. He said, “we do not call it cheating in Russia, we say, ‘we have an understanding.'”

The sports director of the RusAF Yuri Borzakovsky harboured hope of a Russian reinstatement at the WAC meeting on November 29 and 30th.

Borzakovsky told Express-Sport newspaper, “We are talking about restoring the membership of our federation in World Athletics.

“This issue will be considered at the Council meeting at the end of the month.

“I really hope that we will return to our big Olympic family.”

Sounds like he is trying to play nice, however, World Athletics and its Council should remember the accusations from 2014 indicated in this tweet below.

After a series of salacious systematic doping and coverup allegations, Russia was served a national ban in 2015. Many of them were proven after an investigation by a special team assigned by the World Anti-doping Agency. There was data manipulation, extortion, bribery, and apparent money laundering. During the ban, a long series of failures and manipulation has continued unabated. Russia in 2022 is no different than it was in 2014.

Since the Russian incursion on Ukraine, the world’s largest nation has gone from persona non grata to status invisus — hated, globally.

In September, Anastasia Davydova, the secretary general of the Russian Olympic Committee fled Russia according to the Russian news agency TASS. Davydova is a five-time Olympic gold medallist.

The artistic swimming coach has no plans to return to Russia and has fled due to the drafting of thousands of civilians into the illegal incursion in Ukraine. A war that Russia appears to be losing.

The athletics crisis in Russia

Doping was described in great detail in the book The Rodchenkov Affair, written by Dr. Grigory Rodchenkov who was a primary and central figure in covering up doping in Sochi during the Winter Olympics and before and after those Games.

Further to that, there is the book, the Russian Affair, by whistleblower by Vitaly Stepanov, a former anti-doping officer, and award-winning author David Walsh. Both Russians — Stepanov and Rodchenkov — are in exile in the US.

It wasn’t enough that the Oscar-winning documentary Icarus illustrated the doping issues or that German broadcaster ARD TV and the fine work of investigative journalist Hajo Seppelt made it perfectly clear that doping in Russia is a way of life. Apparently, it does not matter that the Russians blocked the World Anti-doping Agency’s access to the Moscow Laboratory’s mainframe computer to manipulate data (about blood values et al).

A report by the New York Times published on May 12, 2016, indicated harrowing evidence of Russian doping at the 2014 Sochi Olympic Winter Games. Allegedly en masse and arranged by the Sports Ministry itself. It was Seppelt who had disclosed the systemic doping in Russian Athletics which was broadcast in three major TV documentaries in German and English.

Since the ban for systematic doping started (2015), it has been a veritable Keystone Cops play of falling down with various coaches and administrators failing to comply with the rules and roadmap to return to competition.

At the time, the provisional suspension of Lysenko put a strain on Russia’s attempt to gain entry back into the sport by following a number of steps as required by World Athletics — it was a step backward. Was World Athletics paying attention?

Senior Russian officials became embroiled in a scheme to forge medical documents and provide false explanations to justify Lysenko’s violations. They got caught, and they went backward some more.

“Of course, I could have said no, but I didn’t,” Lysenko, whose suspension ends in August next year, told Reuters. “I listened to the bosses and decided to do as they said.”

Popov, as well as former Russian Olympic Committee (ROC) deputy chairman Gennady Aleshin, were both suspected of “aiding in misappropriation or embezzlement by an organised group on an especially large scale”, TASS reported.

Connected to the case is Alexander Kravtsov, the head of the Centre of Sports Preparation for Russian national teams. More is to come from this.

Kravtsov, Russia’s Chef de Mission at the Sochi 2014 Winter Olympic Games, is alleged to have hired people who did not work in any related capacity.

In 2021, the Russian Triathlon Association was banned due to doping.

Also in Dec. 2020 RusAF narrowly avoided permanent banishment from the sport. They had failed to pay several million dollars in fines for delaying a special WADA committee from getting access to the Moscow Laboratory mainframe computer, central to the systematic doping.

It is alleged that by mid-2020, 61 suspect doping samples had been documented by the investigative team. Allegedly many more have been since.

In June 2020, there was the resignation of the then RusAF President Yevgeny Yurchenko after just six months on the job. The reason? RusAF failed to pay a $6-million fine (of $10 million USD) owed to World Athletics.

In lieu of being expelled altogether, the fine was levied by World Athletics. This was due to a long trail of corruption to do with alleged extortion, bribe-taking, drug cover-ups, and data manipulation to name a few illegal activities that RusAF is accused of.

“I hope that the newly elected head of the All-Russian Athletics Federation will be able to move forward in resolving almost five-year difficulties in relations with World Athletics, and will also ensure that sufficient funding is raised for the development of the Federation,” Yurchnko said.

Russian Anti-Doping Agency’s Yury Ganus told TASS at the time and the Russian news agency that “all steps taken by the previous executive management at the RusAF led to the fact that Lysenko would continue performing as an athlete only after an eight-year period.”

Alexander Shustov received a four-year ban in early 2020 from the Athletics Integrity Unit, which was held up by CAS after testing positive for a banned substance.

Apparently, he was limited by a 57-day time frame, during that short window the investigation found corroborating evidence after conducting witness interviews, reviewing thousands of documents, analysis of hard drives, forensic analysis of urine sample collection bottles, and laboratory analysis of individual competitor samples, with “more evidence becoming available by the day.”

In conclusion, the report stated that it was shown beyond a reasonable doubt that Russia’s Ministry of Sport, the Centre of Sports Preparation of the National Teams of Russia, the Federal Security Service, and the WADA-accredited laboratory in Moscow had “operated for the protection of doped Russian competitors” within a “state-directed failsafe system” using “the disappearing positive methodology” (DPM) after the country’s poor medal count during the 2010 Winter Olympic Games in Vancouver.

McLaren stated that urine samples were opened in Sochi in order to swap them “without any evidence to the untrained eye.” The official producer of security bottles used for anti-doping tests, the Berlinger Group, stated, “We have no knowledge of the specifications, the methods or the procedures involved in the tests and experiments conducted by the McLaren Commission.”

According to the McLaren report, the DPM operated from “at least late 2011 to August 2015.” It was used on 643 positive samples, a number that the authors consider “only a minimum” due to limited access to Russian records. The system covered up positive results in a wide range of sports:

There are so many more examples of corruption, doping, and coverups by the Russians that there is not enough forest on planet earth to print the reams of paper required to write the story — and it continues. The World Athletics Council needs to take a long look at the pathway and consider it years and perhaps decades into the future before reinstatement begins.


*With files from previous Athletics Illustrated articles, the New York Times, the McLaren Report and Wikipedia.