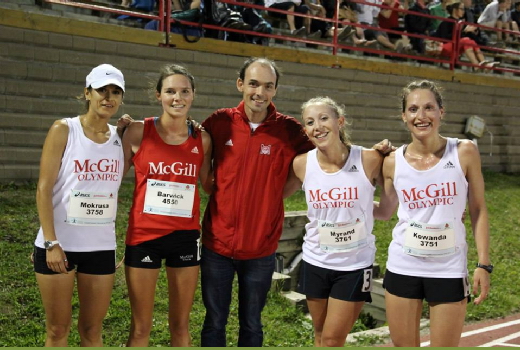 Lofranco is also a contributor to MontrealEndurance.com and is a freelance writer and writing instructor. He was involved with 5 Peaks Adventures Ltd, as the event director. 5 Peaks is a series of fun, competitive trail races that take place throughout the province of Quebec. Lofranco is also the endurance leader with the Fédération Québecoise d’Athlétisme; (Quebec Athletics Federation) the purpose of the position is 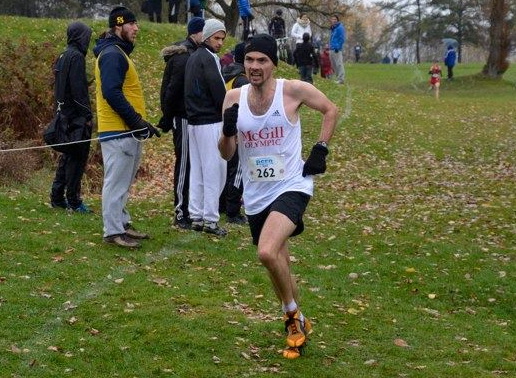 to coordinate the needs of high-performance endurance runners in the province of Quebec through communication with coaches and with the provincial technical committee.

Christopher Kelsall: Congratulations on the position Coordinator, Road Running, with Athletics Canada. How has the first week gone?

John Lofranco: Thanks, Chris. The first week has been fun. I’ve had some productive meetings, informative calls, and I would say on the whole the response to the new role is overwhelmingly positive. I really like the gang at AC. They are passionate and ready to work at growing the sport in Canada.

JL: Yes, this is a new position. The mandate is to execute through road running AC’s strategic plan for engaging with the community. What that means in real life is listening to race directors, branch representatives, sponsors and runners about their experiences in road running. Then, we’ll find out what people want, and we’ll see if we can’t give it to them. For example, race directors have told us they want us to organize a Canadian Road Race Director’s Summit. So that’s what we’re doing, October 16th, in conjunction with the Toronto Waterfront Marathon. We’re going to launch a website that we hope will have all the information you need for road running in Canada: calendar, results, rankings, info on course certification, sanctioning, and information to connect runners with their provincial branch.

CK: Is there a similar role with other disciplines like cross-country and track?  Or is this unique to road racing?

JL: I believe it is unique to road racing. The goal is really to work on the mass participation aspects of the sport, and while I would love to see cross-country and track get the numbers road running does, I think we have a long way to go in other areas first. Cross-country and track are part of the community outreach part of the strategic plan for sure, but in different ways. My colleague Douglas Duncan is working with clubs, for example, to raise the standards of what it means to be an athletics club in Canada.

CK: Will you continue to coach and work with McGill University and Montreal Endurance?

CK: Will you be travelling much?

JL: My wife and I are about to have our first child, so in the short term, I’ll be staying close to home. I work out of Montreal, so I’ll be at the half-marathon championships here at the end of April, and the plan is to be in Ottawa for the marathon championships in May, and Toronto for the 5k and 10k championships in September, as well as for our Summit and the Toronto Waterfront Marathon in October. In 2015 Calgary will host the half championships, so I will head out there for the 2014 event in June, just to get the lay of the land. I’d like to get to an event in each province starting in 2015, if I continue in this role.

CK: Exciting. Was Calgary chosen due to a bid process? Would you call Calgary’s situation as at semi-altitude and will that matter at a championships? I assume it is more about placement.

JL: The decision on Calgary was made before I started, so I can’t say much about the process. As for altitude, yes, I’m sure it will play a role in race tactics for the championships, but it is the same for everyone, so it seems fair to me. It is all about placement.

CK: You had a role with the Canadian Mountain Running Team for the World Trophy and later IAAF Championships (When the IAAF adopted Mountain Running), yes? Are you still involved?

JL: Yes; however, I handed over the reins to Adrian Lambert. Trail and mountain running is on my list of areas to look into, but I think they are probably a year two or year three thing. When I was involved with CTMRA, Martin Goulet was very supportive of us. We had some good conversations about it. It was really just a financial issue at the time. Since then, there has been a rapprochement of sorts, definitely. Again, my role would be more on the mass participation end.