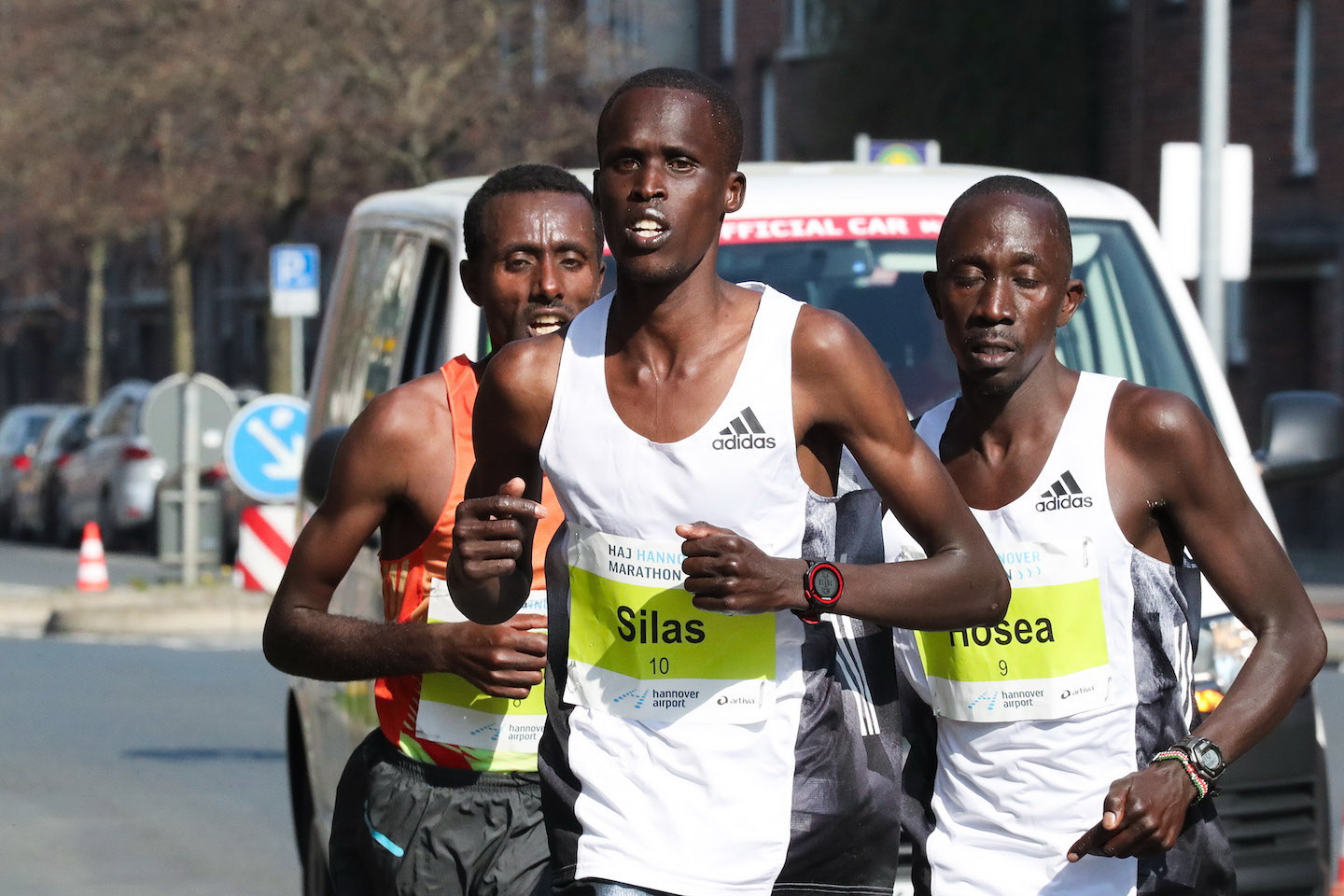 Kenyan Mwetich ran his marathon debut surprisingly in 2:09:37. Fellow-Kenyan Hosea Kipkemboi was second with 2:10:40, Ethiopia’s Debas Alebachew Wale took third place in 2:10:57. Last year’s winner Seboka Negusse of Ethiopia, one of the favourites, dropped out at the 35k mark.

Racheal Mutgaa won the women’s race in a course record time of 2:26:15, improving the former mark by almost a minute. Back in 2013, Ukraine’s Olena Burkovska ran 2:27:07. In a contest that was very close for a long time, Kenya’s Mutgaa finished ahead of Ethiopia’s Tigist Memuye Gebeyahu who clocked 2:27:35. Karolina Nadolska of Poland was third in 2:27:43.

Including shorter races, the HAJ Hannover Marathon had a record entry of 26,792 runners. 3,037 of them were running the marathon distance. The event is an IAAF Silver Label Road Race.

A group of seven men passed the halfway mark with 63:52 showing on the clock. At the 30k mark, the group was reduced to four runners. Besides the top three –  Mwetich, Kipkemboi and Alebachew Wale – the defending champion Seboka Negusse of Ethiopia was in this group. After passing the mark in 1:31:45 they were still together at 35k. However, Negusse, who had been a late entrant, dropped out. During the next 5k section, Mwetich pushed the pace and took the lead. Kipkemboi tried to hold on, but after the 40k mark, Mwetich left Kipkemboi well behind and finished the race in 2:09:37. “I never felt tired and really enjoyed the marathon here in Hannover,“ said 21-year-old Silas Mwetich.

Germany’s Arne Gabius finished in 7th place with a time of 2:14:29 and clearly missed his target time of 2:11:30, which is the Olympic qualifying time. “Clearly I had hoped for more, but I am not disappointed. I lost a couple of weeks of training due to an illness, which showed today,“ said Gabius.

In the women’s race a group of six runners passed the halfway point in a quick 72:36. At the 30k mark the group was reduced to four runners leading with a split time of 1:43:43. Shortly after the 35k mark Mutgaa then left behind her rivals Tigist Memuye Gebeyahu and Karolina Nadolska to win the race with a time of 2:26:15. “I was hoping to break my personal best and the pacemakers did a great job,’’ said Mutgaa, who improved by more than two minutes in Hannover. The 30-year-old had a PB of 2:28:39.

After a 14 month break from marathon running Germany’s Anja Scherl struggled in the final third of the race. She finished eighth with 2:32:31.