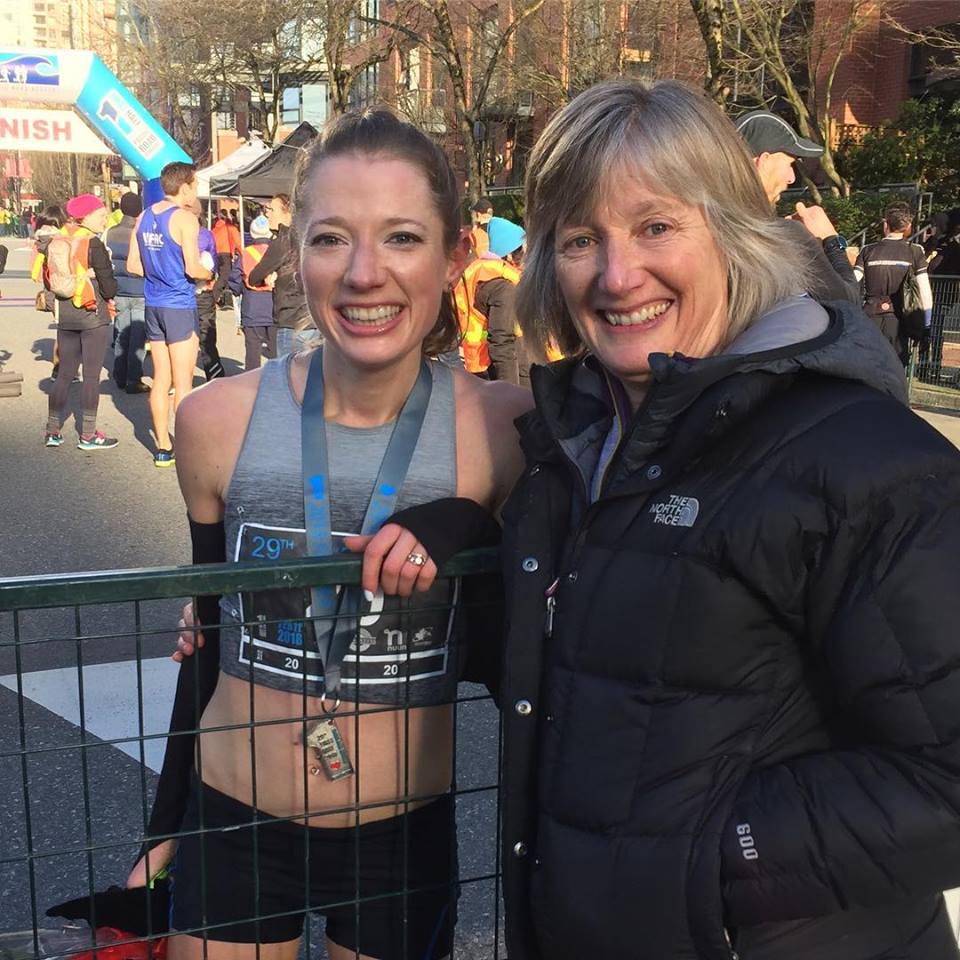 The 29th annual Vancouver First Half Half Marathon – the race that sells out months in advance – went off Sunday under a threat of snow that didn’t happen.

Local Vancouver runners Rachel Cliff and Rob Watson won the women and men’s divisions, with Cliff taking the all-time course record with her performance of 1:12:21. She finished behind only five men. Tina Connelly owned the course record of 1:12:47 from her running in 2004. She ran in the 45-49 age-group Sunday finishing in the time of 1:33:43 good for third in her division.

Cliff owns a personal best of 1:11:52, which she set last month at the Chevron Houston Half Marathon.

The qualification standard for Canadian athletes to run under to make the IAAF World Half Marathon Championships (teams have already been selected) required the women to run under 1:16:00 and men under 1:06:00. Cliff had already qualified, however, is giving the event that takes place in Spain a pass for the Gold Coast Commonwealth Games instead, both happening in spring of 2018. She will race the 10,000-metre distance.

Robyn Mildren and Kate Gustafson finished second and third respectively. Their finish times were 1:16:47 and 1:19:54. Both are Vancouver area athletes.

The men’s top master was Jeremiah Ziak of Vancouver; he finished in the time of 1:11:26.