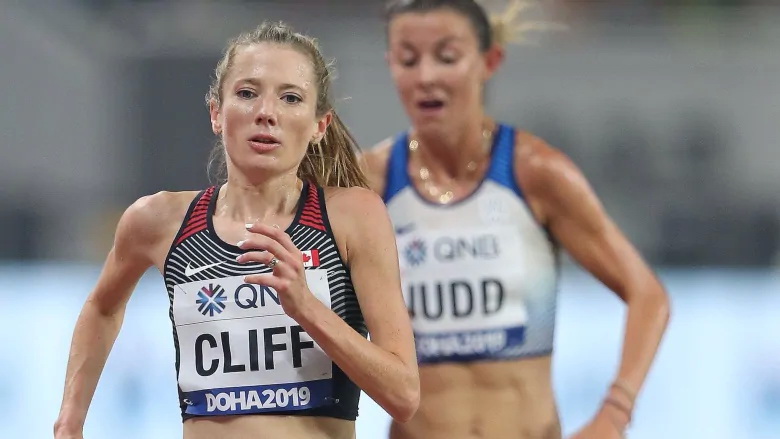 Rachel Cliff bettered her own Canadian half-marathon record on Sunday at the Sanyo Ladies Half-Marathon in Okayama, Japan finishing in the time of 1:10:06.

“It was a women’s only race which played into the tactics somewhat,” said Cliff. “Kind of like in Nagoya, my only option was to go out with the front pack, so it was fast from the gun. I stayed engaged until about 15k when a move was made that I didn’t quite respond to.”

Cliff, who owns the fastest Canadian marathon time hasn’t settled on which marathon she will race in 2020, before hopefully competing in the 2020 Tokyo Olympic Games. The marathon and racewalks have been controversially moved 800km north to Sapporo.

“[I am] Just back from a training camp in Flagstaff. I was pretty focussed on this race only and Rich (Richard Lee, coach) and I will evaluate the plan for 2020 once I am home, now that this race is done!”

The Olympic standard is 2:29:30. The Canadian marathon trials took place in Toronto at the Scotiabank Toronto Waterfront Marathon in October, which she chose not to race.

Thirty-one-year-old Cliff has set four national records in 2019, in distances of 25K and 30K on the way to the finish of the Nagoya Women’s Marathon in Nagoya, Japan as well as Sunday’s race.

Purdue set her marathon best of 2:25:38 in London this year. In September, she set a non-legal best of 1:08:10 in South Shields, UK. Her new best would be from her win in Okayama. Her previous best was from Marugame, Japan in 2019 at 1:09:46. The 28-year-old has had tremendous success as a junior and youth cross-country runner, winning seven medals, four gold at European Cross Country Championships.

She is coached by the legendary Nic Bideau.

For 23-year-old Maeda, it was a four-second personal best. Her previous best time of 1:09:12 was set in Okayama last year. For her Tenmaya teammate Miyake it was a debut performance.