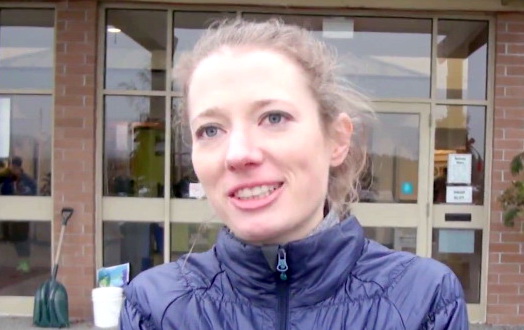 So far this season, she broke Lanni Marchant’s national half-marathon record of 1:10:47, in Woodlands, TX, lopping a big 39 seconds off the benchmark with her 1:10:08 performance.

She then ran well in April during the Gold Coast Commonwealth Games in the 10,000-metre event. She finished in ninth place in the time of 32:11.11, but she came home with her eye on breaking the 32-minute barrier, having owned a best at that distance of 32:00.03 – so close. She did just that at the May 3rd Payton Jordan Invitational in Palo Alto. In that race, she finished in the time of 31:56.86. The national record is potentially on the horizon at 31:41.59, currently owned by fellow Vancouver athlete Natasha Wodak.

She had also run fast enough in the 5,000m event in 2016, to qualify for the Rio Olympic Games. At the time, Athletics Canada recognised the performance, but simply decided to not select her.

Cliff will be competing in the Ottawa 10K on May 26, the only IAAF Gold Label 10K in Canada and one of only four in the world.

Gladys Cherono of Kenya holds the course record in Ottawa at 30:55.