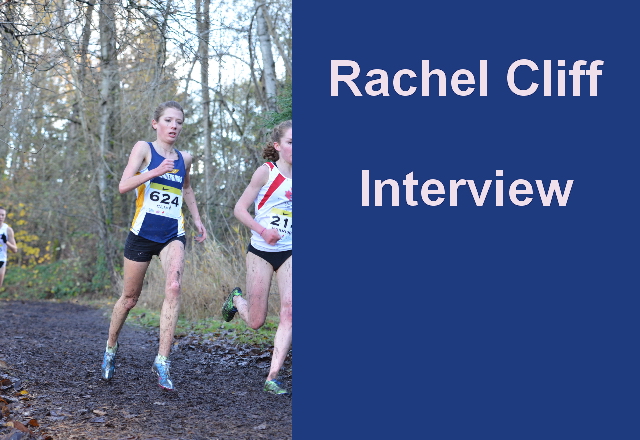 Twenty-four year old Rachel Cliff of Vancouver, BC is a runner who competes primarily in the 1500m and 5000m distance events. She is the 2011 Canadian Inter-university Sport (CIS) national champion in both the 1500m and 3000m distances. Cliff competed for the University of Guelph Gryphons.

Rachel Cliff:  Yes, I moved back to Vancouver this August and I’ve started my masters in Occupational and Environmental Hygiene at UBC.  It’s a pretty obscure degree – my undergrad was in Toxicology, and the simplest way to explain Environmental Hygiene is that it’s an applied, public health focused toxicology.  The program’s aim is to make the environment and work places as safe and “clean” as reasonably possible. It can be stressful manage all the work and training, but in general I really enjoy the program and having that balance in my life.

CK: Sounds like a great career for someone with a touch of obsessive compulsive disorder and a type-A personality. Any hint of that within you?

RC: I’m undecided.  When I started track I was actually a 3k/5k runner and then I began improving on and preferring the 1500m.  I do think I’ll focus on the 5000m eventually, I’ve always felt that I’m more of a distance runner than a 1500m one, but I really need to get my head around racing the longer distances on the track.  I also think it’s important for athletes to have variety in the races they compete in, and improving my 1500 would certainly help my 5k.  My plan this season is to run both events and then decide where I’m at.

RC:  I’ve just come off a month of base training so I was doing two weight sessions, two longer-tempo workouts, one very long run, and overall high mileage each week.  But with NACAC coming up so soon I’ll start moving to the track and doing three workouts a week!

In all seriousness, because we’re on different plans and have busy schedules it doesn’t line up that much, but we do when it makes sense.  Even if it’s just an off day run or a morning shake-out it’s really nice to go together.

RC: I went out conservative for the first lap, which was the plan.  Seven kms is a step up – CIS cross was only 5k and that’s where most of my experience is from – so I didn’t want to regret starting too quick, especially with the mud!  I was at the back of the chase pack after the first lap and as I continued to feel strong I was able to move up.  With two k to go I realized I was solidly in the top-five and therefore would automatically qualify for the NACAC/World Cross Country team, that was a great feeling!

My goal was top five, which I thought was realistic but would be challenging.  So I would say fourth place was “within expectations” however, definitely the higher-end of my goal.  All things considered, it was one of the best races I’ve had in a couple of years so I was pretty happy!

RC: At the base I just hope to have a great season, travel a bit and enjoy it, which I’m sure is what every athlete wants!  I’ve been running very consistent times for three years now, which I know is part of the sport, but it does get frustrating.  It would be nice to finally improve on those!  The only “analytical” goal I have is to qualify for the World University Games this summer, in either the 1500 or the 5000.  Last time round I was very close to making it and this will be my last year of being eligible.