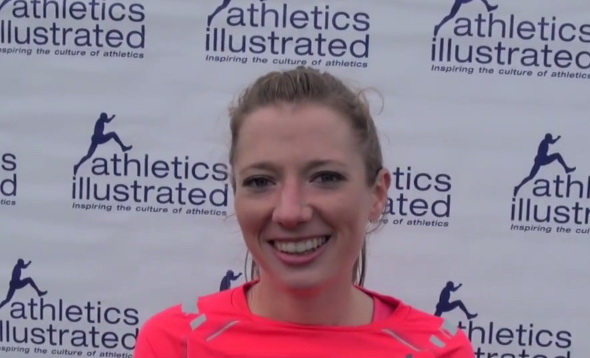 In Portland, this weekend, Vancouver’s Rachel Cliff likely wrested a dream from the ghosts of Rio that haunted her for nearly a year. She finished second in the 10,000-metre event during the Portland Track Festival. She crossed the line in the time of 32:07.94. In so doing, she ran fast enough to qualify for the 2017 IAAF World Track and Field Championships that will be going on this summer in London, UK.

Before the 2016 Rio Olympics, she ran a one-off, impromptu track meet in Vancouver and apparently finished inside – by a whisker – of the 5,000m standard for Rio, but was left off the team. Her subsequent appeal on the decision did not change the decision.

This time, Cliff has clearly run fast enough in a legitimate track meet at the Portland Track Festival.

“Last night’s race still sinking in,” shared Cliff on social media. “But pretty happy with my new personal best and hitting the standard for the 2017 IAAF Track and Field World Championships. Feeling right back on track from where I left off last summer.”

She was beaten only by American Shalane Flanagan, who trounced the field with a 31:38.68 performance.

The Canadian record is 31:41.59 and is held by former BC Endurance Project teammate Natasha Wodak from her run during the 2015 Payton Jordan Invitational. In that race, she had taken Courtenay Babcock’s record of 31:44.74 from her 2003 running at Payton.

The qualification standard that Cliff needed to be faster than is 32:15.00. Cliff was already ranked as the number one Canadian during the London qualification window, as she had run 32:50.07, during the Payton meet in May of this year.

Kinsey Gomez, who is a dual Canadian-American citizen and former Idaho Vandal, ran in the race as well, finishing fourth overall in 32:34.97 for a new personal best time. Claire Sumner, the 2016 U Sport Cross Country Champion from Queen’s University finished sixth in the time of 33:47.76. Colleen Wilson from Halifax also took in the race crossing the line in the time of 35:35.09.