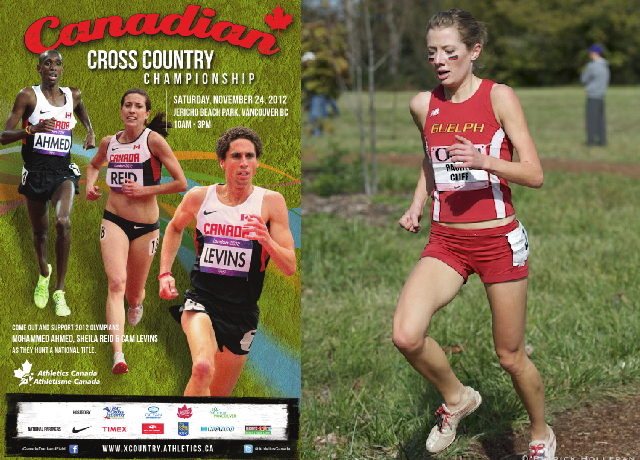 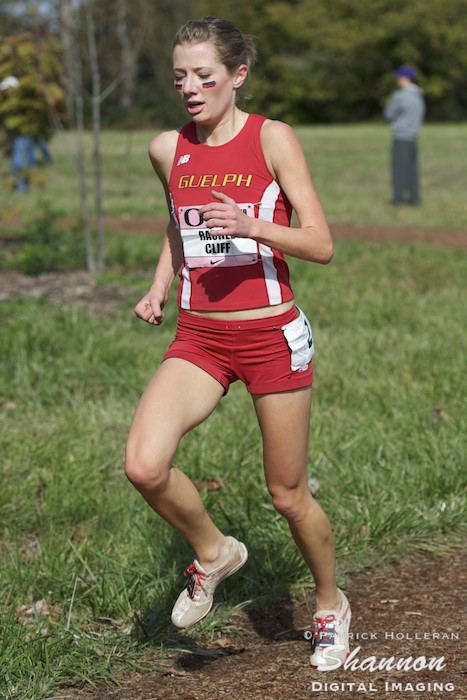 Middle-distance runner Rachel Cliff of Vancouver, BC is preparing to race the National Cross Country Championships Saturday, November 24th at nearby Jericho Beach. She is glad to be back home after being away for six years and is looking forward to competing with the top athletes. “I moved back to Vancouver this August and started a master’s Degree in Occupational and Environmental Hygiene at UBC. I grew up in Vancouver, but I did my undergrad at Guelph and then stayed an extra year and a half after that. It’s been six years since I lived on the west coast so it’s great to be back!”

On Saturday, October 27th Cliff raced in the BC Cross Country Championships and finished second to Port Moody’s Natasha Fraser. Asked if finishing second was within her expectations she said, “Going in I really didn’t know what to expect. I felt pretty strong through the whole race, especially at the end, and was happy with that.”

A fast start put a large gap between Fraser, Cliff and everyone else, “Natasha and I went out together for the first lap, but I didn’t have the same speed through the middle, and we separated, said Cliff.” Cliff has her reasons, she had just moved across the country, she is adjusting to a very busy program as well as a new training group, “I’ve had a lot of changes this year and my goal was just to have fun and see where I was at. I felt that coming second was a good indicator of being on the right track, she said.”

Cliff does have international experience having competed in Mombasa at the 35th IAAF World Cross Country Championships. She was also the 2011 CIS 1500m and 3000m Champion, where she represented the powerhouse University of Guelph Gryphons.

Asked if she expects to make team Canada that will be competing in the IAAF World Track and Field Champions, she replied, “Ideally I would love to qualify for World Cross Country Championships and have the opportunity to represent Canada, but there will be a lot of strong women competing and mostly I’d like to be in the mix with them.

Her personal bests are: