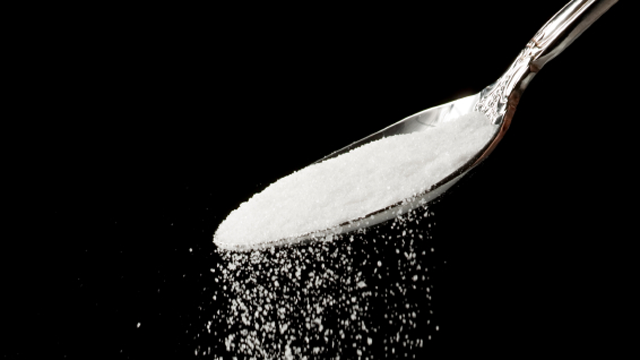 As I understand it and because I may have made this up, for us long-distance runners, each pound that we are over 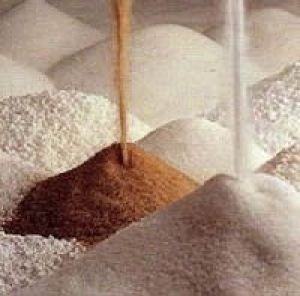 our optimum weight, we are penalised two seconds per-mile per-pound when racing. If my calculations stand up to the scrutiny and you happen to be in the unfortunate position of being say 10 pounds over optimum weight, you would race 20 seconds per mile slower than your true capability. Multiply that by 6.2 miles (10K) and you have…well you do the math, I can’t concentrate.

Speaking of weight, refined carbohydrates are after me. They are relentless in their pursuit. Everywhere I go, I am accosted by flour products gone wild; there is no escape from them. I spend my nights trying to avoid refined carbohydrate damnation by the dim stovetop light.

Forced to tip-toe into the kitchen (because the family is sleeping), during unmerciful and slickly produced commercial breaks, which command me to drink Coke, scoop vanilla ice cream and munch Oreos; I search for something healthy. By the time the first commercial is half-finished, panicking, I give up the healthy food search and look for something in the newly adjusted category of ‘not completely unhealthy’. The further into the cupboard I climb; the more my standards drop. Picture the classic movie Trainspotting and the legendary toilet dive, the same thing only I am slithering through dust bunnies.

I settle for the least unhealthy choice of what remains, potato chips prepared free of hydrogenated oil. On the packaging it states the following fine print: may have come in contact with human feces during processing.

The problem with wholesome foods is in the packaging

Bananas are a healthy choice, but they start to die the moment you pay for them. They come equipped with built-in expiration timers inserted by the Banana Republic Mafia (ironic I know). Apples don’t pack well as they bruise too easily. Peeled carrots are handy except, if they get warm, they become slimy like slippery aerodynamic bars of soap — very dangerous projectiles.

I always felt that foods that contain the primary ingredient: refined carbohydrates, mixed and packed with hydrogenated oil is the way to go, as I have no time to spare for preparation and I am game to play roulette with my health. However, recently I have risked too much and now, sitting here watching the Olympics, I am starting to look the part of a bull in the comic The Farside.

Refined carbohydrate shipping was once a drug trade

There are white sugar racketeers. They are sweet-toothed, money-hungry, power tie-wearing entrepreneurs, who are just a few molecules shy of being players in the heroin market. I bet my money and my sugar that there are whole economies built on the trade of refined sugar. Billions of dollars may be made and lost in international trade of this market of addictive additives. See, ‘additive’ is just one letter short of being the word, ‘addictive,’ Freudian paranoia; a potential side effect.

After an injection of heroin or cocaine or opium or refined sugar — choose your poison, the user reports feeling a surge of euphoria (“rush”) accompanied by a warm flushing of the skin, a dry mouth, and heavy extremities. Following this initial euphoria, the user goes “on the nod” which is an alternately wakeful and drowsy state. Mental functioning becomes clouded due to the depression of the central nervous system.

I once crossed paths with a book written years ago titled The Sugar Wars. The sugar trade and its history, according to this author was very similar to the cocaine, heroin and opium trades, during their respective eras. Only it was legal and what’s more, you were considered simply fabulous if you owned a shipping route and a big-ass navy fleet to protect it. Greenpeace? The protesters would be musket-whipped and keel-hauled. Not to mention possibly romanced against their will.

For the full story buy the book. I don’t have the patience, I’m on Coke, as it were. Speaking of Coke, Coca-Cola’s senior vice president for public affairs and its chief lobbyist, John Downs Jr. recently had a seat on the National Parents and Teachers Association (PTA in America) as a board member. And I thought I was lost! Forget the fox, here there are wolves guarding the proverbial henhouse.

One can of coke contains nearly 10 teaspoons of refined sugar. This is one of the main reasons why little Johnny can look you in the eye with a dull glare, nodding, while gamely gaming on his device; he is on autopilot.

When refined carbohydrates enter the bloodstream, a sugar spike happens, followed by an insulin reaction to counter the sugar-rush effect. Then BOOM, you crash, experience a headache, become irritable and get just plain down — them down-home blues – Louisiana style; 12 bar blues and I ain’t talking scat about guitars, I am talking candy bar blues.

I hope I don’t run out of my potato chips made free of hydrogenated oil anytime soon. Those Oreos are calling my name and each of those tasty cookies is worth one second added onto my 10k time.