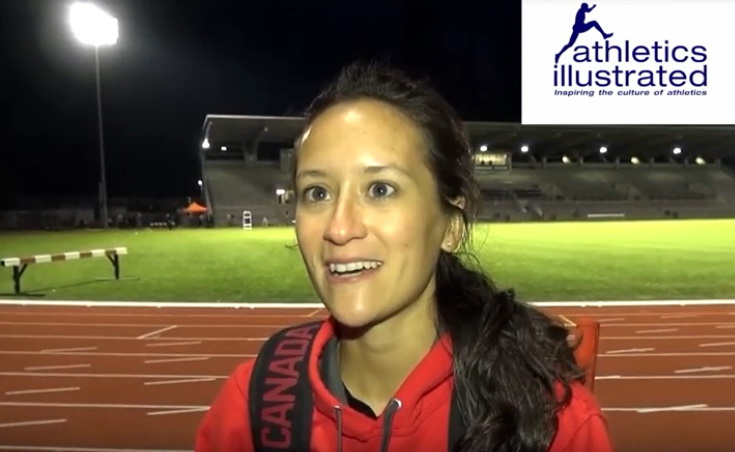 Regan Yee with the Langley Mustangs Endurance Group broke Geneviève Lalonde’s Canadian record in the 3000m steeplechase in Montréal with a 9:27.54 Tuesday night at the Classique D’athlétisme de Montréal.

Doing so, she also qualified for the Tokyo Olympic Games starting on July 23. The Olympic standard is 9:30.00.

Regan Yee capped off the night with an amazing performance in the women’s 3,000-metre steeplechase, winning in a time of 9:31.46.#ACTrials21 #EssaisAC21 pic.twitter.com/qxHv0m1Oqh

June 25, Yee won the 3,000m steeplechase at the Canadian Championships and Olympic Trials in Montréal. She ran 9:31.46 at that race. Finishing second was Alycia Butterworth who clocked a 9:32.40) and Lalonde who finished in the time of 9:32.68.

The athletes had to go again Tuesday to qualify for the Olympics – at the 11th hour, she did it.

Alycia Butterworth finished second in the time of 9:35.86 and Maria Galea-Bernard took third in 9:52.62.

Yee is no stranger to last-minute qualifying, as she qualified at the 11th hour for the 2019 Doha World Athletics Championships.