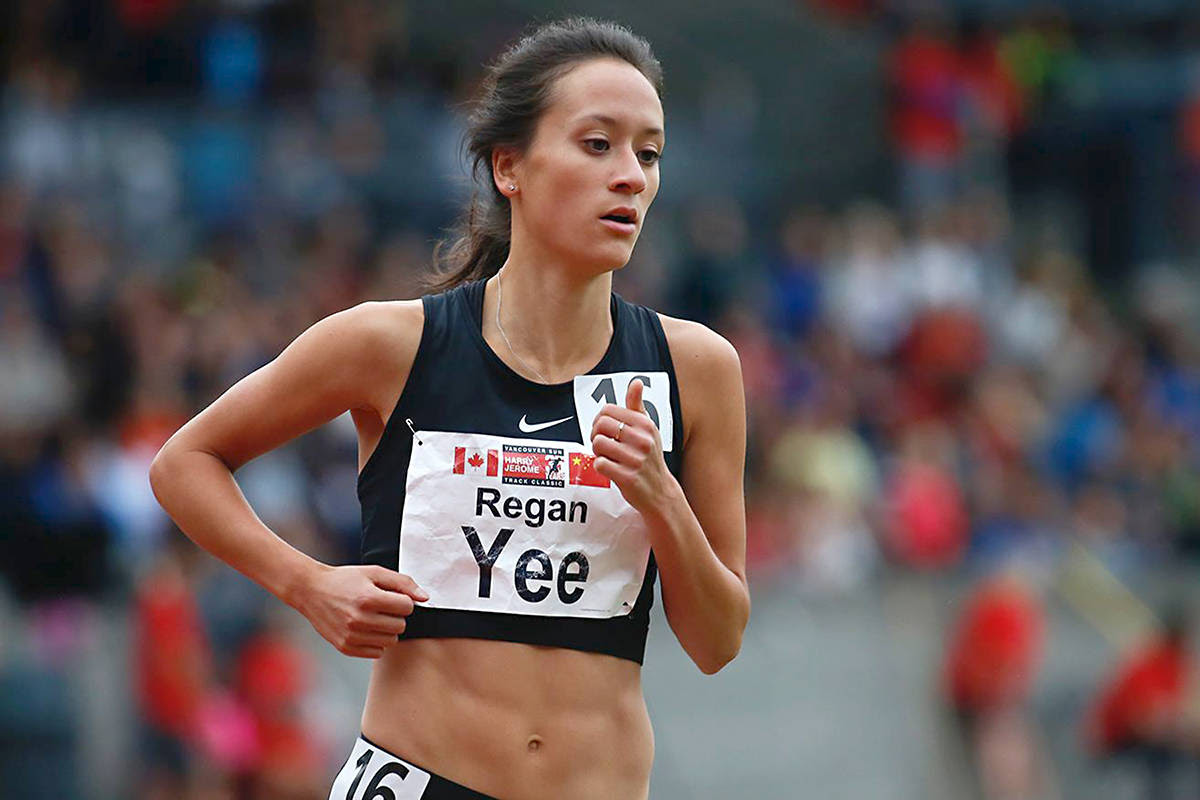 Regan Yee will have two opportunities in June to try to meet the qualifying standard in the 3,000-metre steeplechase for the 2019 IAAF world championships in Doha, Qatar.

The June 13 Portland Track Festival and June 20 Vancouver Sun Harry Jerome International Track Classic are on the accomplished Trinity Western University grad’s schedule. But as important as those meets are to Yee, a native of tiny South Hazelton, B.C., she will also have her eye on another 3,000-metre steeplechase race some 7,177-kilometres away in Oslo, Norway.

“Oh yeah,” Yee said recently when asked if she’d be keeping tabs on that June 13 race, one that will feature seven of the top eight women in the world steeplechase rankings, making it perhaps the strongest field in IAAF Diamond League history.

That field includes world record holder Beatrice Chepkoech of Kenya, whose stunning time of eight minutes, 44.32 seconds in Monaco last year took more than eight seconds off the old record, plus two of the other four women ever to break nine minutes.

Yee, 23, was the 44th fastest steeplechaser in the world last year (9:37.31, the third best all-time by a Canadian) and needs to go under 9:40.00 this year to qualify for worlds in October and the chance to race for the first time against those world leaders. She’ll need to better 9:30.00 to qualify for the 2020 Tokyo Olympics. 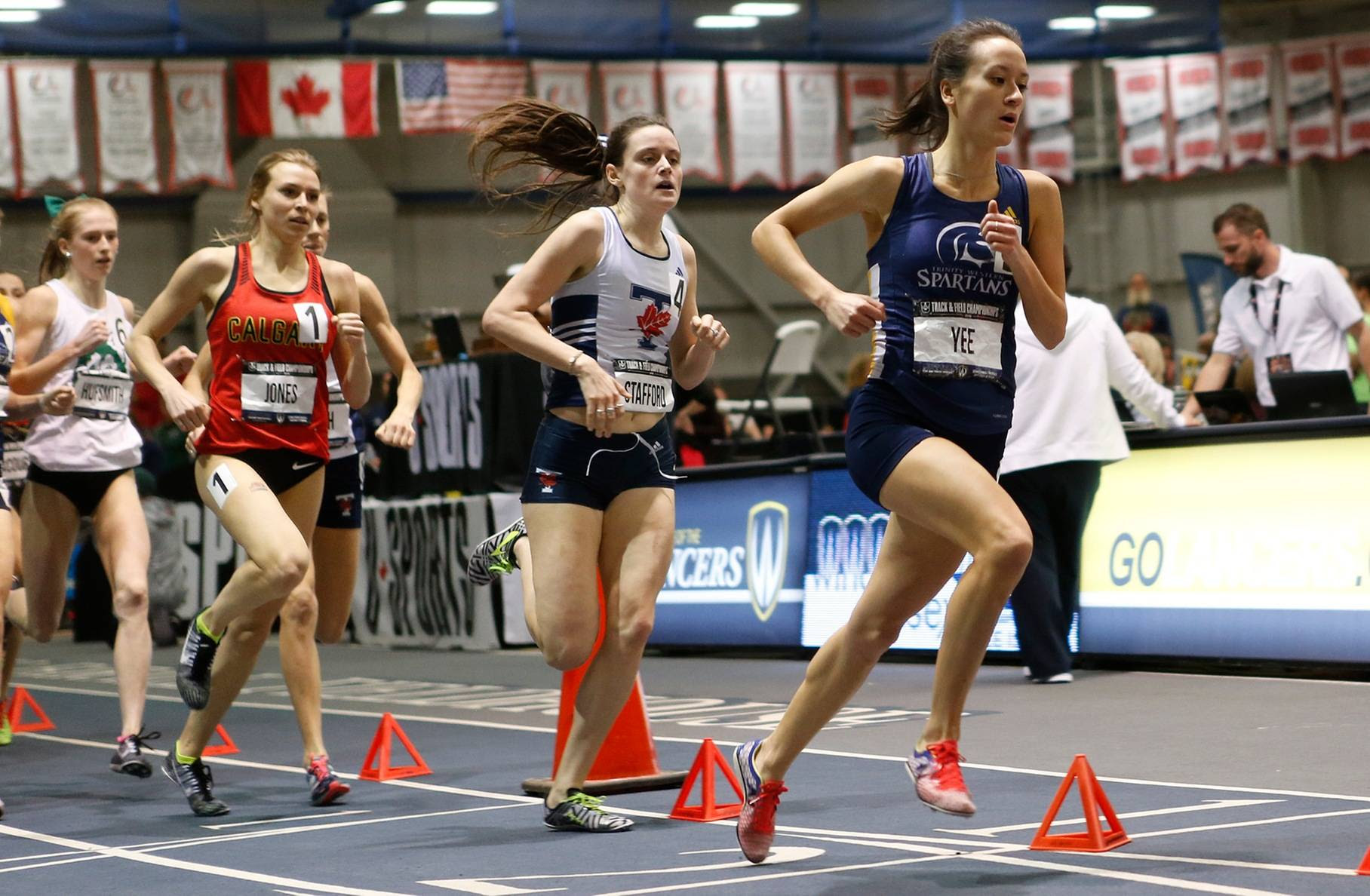 “I think about it every day,” Yee said of competing at the worlds and Olympics. “If I can actually pull that off, it would be a really special accomplishment.”

“As long as everything goes well, yes I believe I can (make the standard at the Jerome),” says Yee. “I’ve done it before and that gives me a little more confidence.”

Getting competitive with the world’s best, however, will require a huge improvement, one that looks almost unattainable the way African runners continue to dominate the event. But Yee says her competitive mindset is one of her biggest strengths, allowing that “you don’t want to limit yourself to just what you think you’re capable of.

“If I can get my time down to the mid-teens,” she says of something in the 9:15.00 range, “I can be within striking distance. You keep chipping away at it and you never know.”

Steeplechase, for the uninitiated, is one of the more entertaining of track events. It’s been called crazy and chaotic and like NASCAR without the noise considering the possibility for mayhem at the race’s most unique feature.

During the seven-and-a-half lap race, runners must clear four hurdles in each lap, plus negotiate a 12-foot long water pit attached to another barrier that the runners can either hurdle or step onto and over. Elbows-up jostling is not uncommon and belly flops — or worse — into the water off the slippery wood barrier make for must-see viewing. Google Katy Andrews and steeplechase to view one epic fall that went viral or steeplechase fails to see what we mean.

Yee ran her first steeplechase as a Grade 9 student.

“It was a zone championships and my coach said I’m going to enter you in the steeplechase. No one else was entered so it was going to be automatic points. I’d never heard of it, didn’t know there were barriers. I ended up setting the zone record for the age group.” 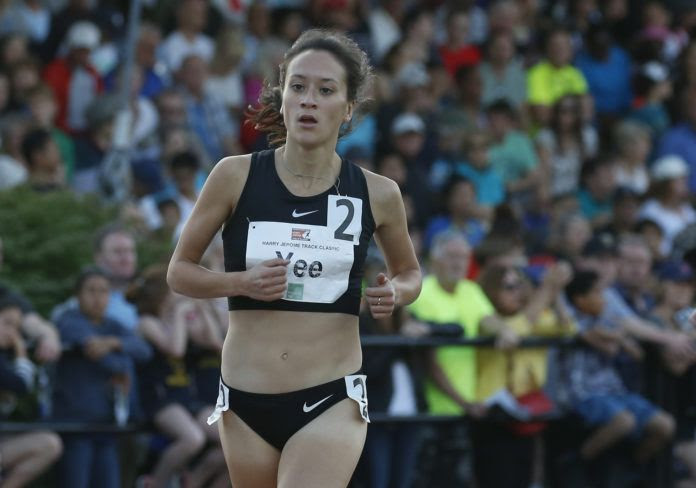 She’s been running fast, clearing hurdles and splashing through the water pit ever since.

“I just honestly think it’s a fun race to do. The barriers add a little extra element. They break up the race a lot. I actually look forward to them.”

Tickets for the Jerome are available at www.harryjerome.com/tickets