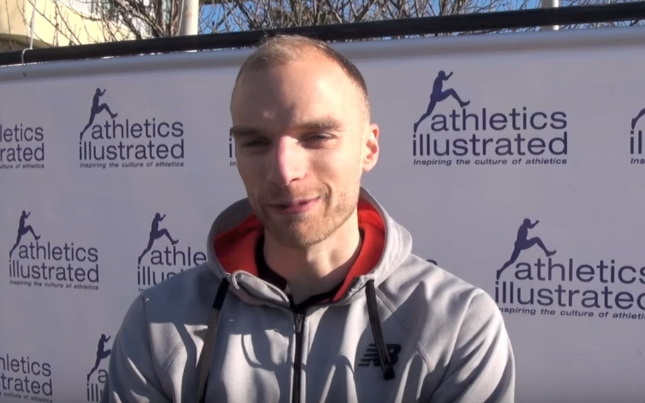 The Harrier’s Pioneer 8K road race taking place Sunday, Jan 8, in Victoria, BC will feature a few Rio Olympians including 5,000-metre specialist Luc Bruchet, as well as Chris Winter who specialises in the 3,000m steeplechase event. Both athletes are from Vancouver. Also in the race is Victoria’s Hilary Stellingwerff who competed in both the 2012 London and 2016 Rio Olympic Games.  Both Winter and Stellingwerff have since retired from the track, however, Stellingwerff remains very fit for road racing. Meanwhile Winter continues to run on a more casual basis, but should be a top finisher.

“My life has taken a different direction since I retired,” said Winter. “And I am now working for BC Athletics, but I am coming over because Rachel is racing (wife) and I am there to support her. I am racing too because I had a blast running it last year.”

Rachel Cliff ran under the Canadian Rio Olympic standard in the 5,000m distance, however, was not chosen to go to the Olympics. She ran 15:23.94 in an impromptu race in Vancouver. She needed to better 15:24.00. She was one of three Canadians to run faster than standard. Her exclusion along with a few others was the subject of controversy this past summer. Athletics Canada’s Head Coach Peter Eriksson has since been dismissed. Cliff should be considered the pre-race favourite.

Former UVic Vike Geoff Martinson, who now resides in Vancouver, is racing. As a 1500m specialist he represented Canada at the 2011 Daegu IAAF World Track and Field Championships.

A pair of Vancouver athletes are improving quickly. Justin Kent may be a surprise contender for the win or a top-three placing, while Theo Hunt should run well.

The women’s record is held by Vancouver’s Natasha Wodak. During the 2013 edition she finished in the time of 25:28. It also stands as the national record.

“I have opened up my racing season almost every year at the Pioneer 8K.  It’s an awesome race, with a fast course, good competition, and is well organized,” shared Wodak.  “Plus I’m a PIH member, so it’s fun to race my own club’s race.  I’m sad I won’t be this year, but know I’ll be back next year for sure!”

Three of the faster master runners are two-time Olympian Bruce Deacon, past winner Jim Finlayson and former UVic Vike Craig Odermatt. “It’s early and I am coming off a longer than usual post-cross country season break. This race will be a good test to tell me where I am fitness-wise,” shared Odermatt. “This race will be a good stepping stone towards the First Half, 21.1K.”

Marilyn Arsenault of Victoria should win the masters race.

The Pioneer 8K is the first road race of the year in Canada and is the first race in both the Vancouver Island Race Series and the BC Super Series.

Other competitive runners are Heather MacDonald, who is from Victoria and is coached by top-ranked master athlete Marilyn Arsenault. Nicki Haugan of Fort St. John is also in the race. McDonald and Haugan are two strong masters runners.

One of the top juniors will be Bailey Haugan from Fort St. John, while the Prairie Inn Harriers Youth Team will be out with some of the region’s top junior athletes.

The University of Victoria Vikes typically field a few athletes.

The race is open to all abilities. Day of race registration is available.

The following Pioneer prize money is available in 2017:

Full details of the race are available here>>