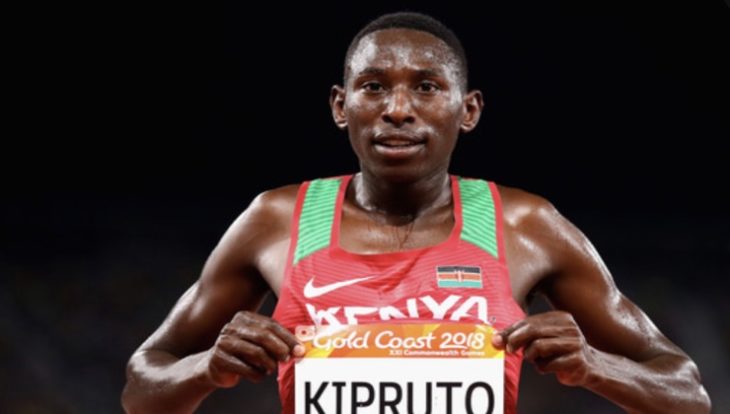 He appeared before the court at the Kapsabet Law Courts where he denied the charge and was released on a Sh200,000 ($1831 USD) bond and a surety of a similar amount.

Protesters gathered outside the courthouse chanting in protest. They were demanding justice for the alleged victim.

On Oct. 30th police failed to arrest Kipruto, after the parents of the minor reported the case to the authorities.

Defiling a minor is the same as rape in many countries. Unwanted or wanted sex with a minor under the age of 18 in most cases.

Kipruto’s personal bests is 8:00.12, which he accomplished at the Rio Olympics. The world record is 7:53.63. The 25-year-old is also a two-time World Athletics Championships gold medallist and two-time silver medallist. He is a 16-time Diamond League winner in the event and the 2018 Gold Coast Commonwealth Games gold medallist.