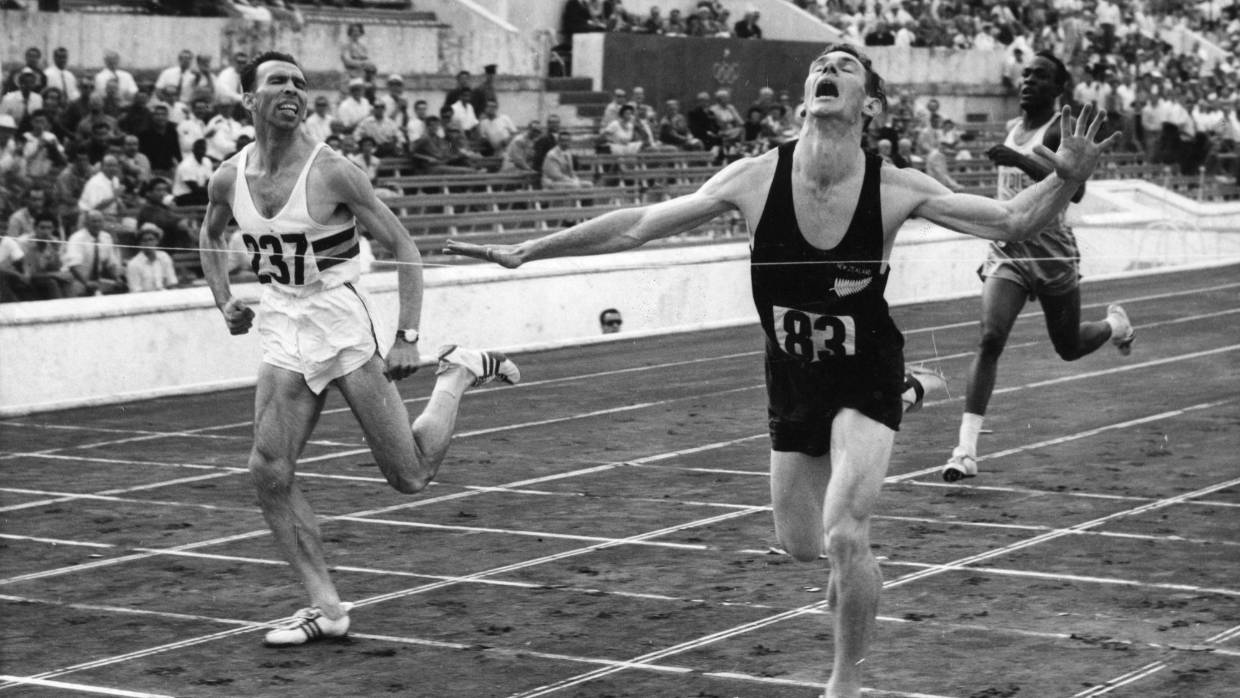 Before performance-enhancing drug usage became rampant, before professional running was a thing, before high-tech shoes, six or seven-figure endorsement contracts, before satellite watches and technical fibres, altitude training or heart rate monitors and before rubber tracks, there was Peter Snell.

Possibly the greatest middle-distance runner of all-time, he passed away just four days before his 81st birthday on Friday, December 13, 2019. He laid down for a nap and went peacefully, the way it should be.

“Peter Snell and Edmund Hillary were my inspiration and heroes growing up,” shared Rod Dixon, one of the most versatile runners of all-time. “I was always fascinated with the Kings of Distance and Peter Snell In 1960 Rome and 1964 Tokyo Olympic Games 3 x Gold was the Mt. Everest of Running.”

It is an underdog tale that was set to the silver screen in a documentary called The Golden Hour. Magee added to the Lydiard-boys success at the games with a bronze medal in the marathon.

Snell retired after 1964 and went on to earn a PhD in exercise physiology. He was one of two people to discover that long-distance runners can activate fast-twitch muscle fibres during a two-hour-plus long run, by using up glycogen stores in the slow-twitch muscles when running at least seven-minutes per mile pace.

Asked if he would change anything about his training program under Lydiard now that he was a scientist, he said, “very little, but perhaps reduce a little of the volume.”

His reported training volumes did not include supplemental jogging that he would do which today could add 10-50km per week.

Snell was part of the ground-breaking Lydiard style of training, which put an emphasis on developing the aerobic system through a higher-than-usual volume of weekly mileage (for a middle-distance runner). Anaerobic training that was at that time commonplace all year round, was engaged in for only a few weeks at a time leading up to his racing season.

Lydiard and Snell permanently changed the way training was approached.

During both 800m Olympic finals, he was the slowest over the 200m distance of all of his competitors, yet, because he had the best primed aerobic system, he could continue to sprint over the final 200m ahead of everyone else, while they all gasped for oxygen.

Snell moved to the US in 1971 to study exercise physiology at Washington State University. He later moved to Dallas, Texas to work at the University of Texas Southwestern Medical Center.

Snell was known to be an excellent cricket player and a competitive table tennis player. In fact, he was expecting to play table tennis on Friday after his nap. He took up orienteering while in the US and won his age-group 65-plus in the US Championships.

Snell was knighted in 2009 by the Governor-General of New Zealand, Sir Anand Satyanand.

He will be remembered as one of, if not, the greatest middle-distance runner of all-time.