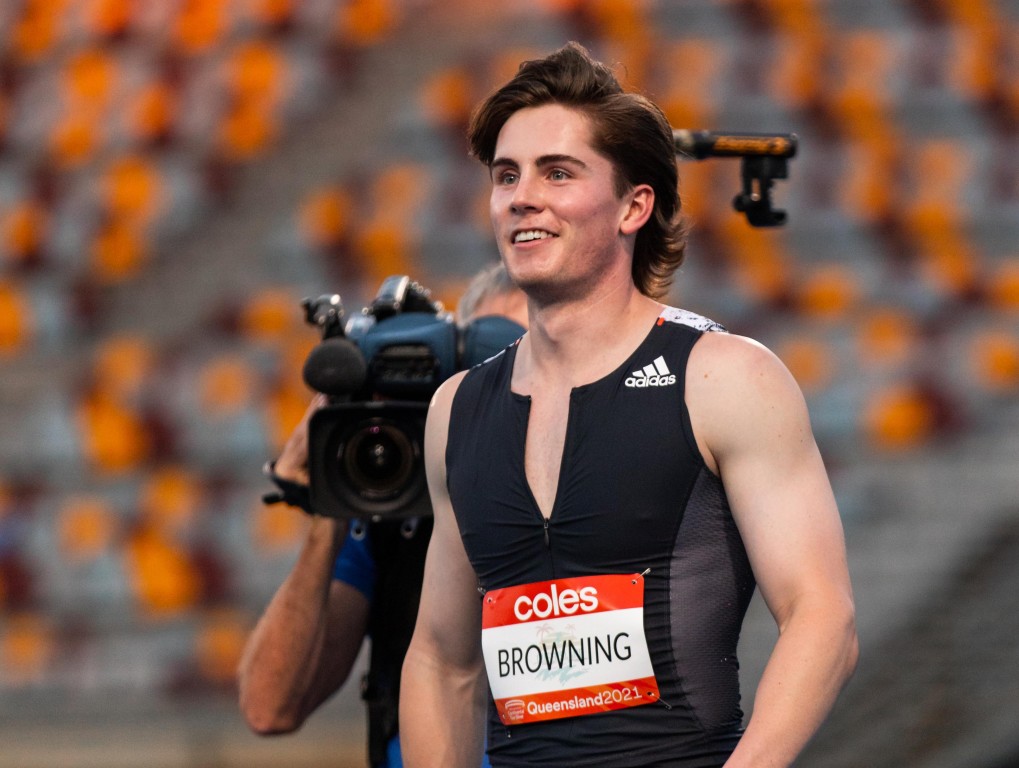 Australian sprinter Rohan Browning from Sydney qualified for the Tokyo Olympics in the 100m event. He is the first Australian male to do so in 17 years. He ran 10.05 at the Queensland Track Classic.

His personal best going into the event was 10.08 which he ran in the same building in 2019.

Finished second was New Zealander Edward Osei-Nketia who finished in 10.12.

The 23-year-old said, “I’m really happy with that run today. I love it here in Brisbane. I should come up here more often to run these races.”

In January he became just the second Australian all-time to run under 10.00, as he clocked a 9.96, however, the wind-aided rate was 3.3m/s and the performance doesn’t count.

At age 20, he finished ninth in the Gold Coast Commonwealth Games with a 10.26 performance. He also helped the 4 x 100m relay team to a fourth-place finish run in the time of 38.58.