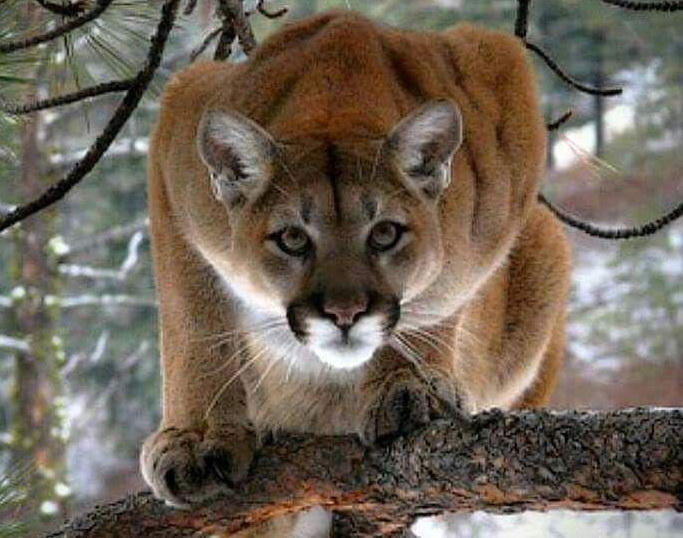 Kyle Burgess, a runner in Utah, ran into a mother cougar and her cubs on a trail.

Burgess recorded what he thought were bobcats.

Burgess did the right thing by give the cat space, talking to her and keeping eye contact.

“Holy shit, holy F&*ck, go away! What’s up dude? Nice and slow,” he can be heard speaking to the cat.

The cougar, protecting her territory and cubs marched the runner backward for over six minutes.

The cat lunged and bluffed him backwards several times. Finally, he threw a rock at the mountain lion and she ran away.

“Wow, that just happened,” Burgess said into the camera when he could finally relax. “I’m somewhat calm actually. Yeah, not going back that way.”

The post offered the following suggestions should you happen to have such an encounter of your own.