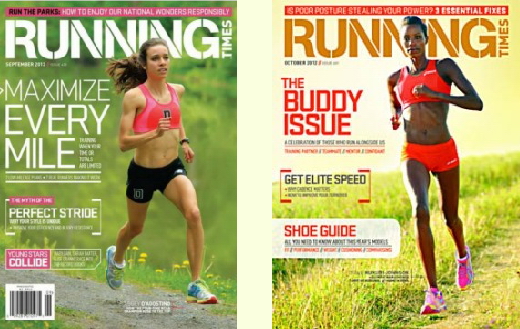 “The Authoritative Voice for the Dedicated Runner,” the masthead reads. “The magazine explores training, from the perspective of top athletes, coaches and scientists; rates and profiles elite runners; and provides stories and commentary reflecting the dedicated runner’s worldview.”

This mission statement was not written for the eyes of the current runner.

Launched in 1977, by Ed Ayers, Rick Platt and Phil Stewart, three serious distance athletes, whose aim with Running Times Magazine was to appeal to the fanatic of the sport as well as to the elite and sub-elite competitors. It was a niche product for 38 years, the latter decade with a company (Rodale Press) that produces far more popular publications such as Men’s Health, Women’s Health and Prevention as well as the most subscribed-to running magazine in the world, Runner’s World Magazine, which is Rodale’s fourth most popular product.

Although there was a management shakeup at Rodale in November 2015, which resulted in Maria Rodale – the granddaughter of the founder, Jerome Irving Rodale – to become chairman and CEO, her arrival at the helm – according to Rodale – was not related to the decision.

A Rodale Inc. spokesperson told Athletics Illustrated, “The difficult decision to no longer publish Running Times will enable Runner’s World, which already serves runners of all ages and abilities, to broaden its ambitions, connect with runners in new ways, and cover the sport of running more deeply.

As we continue the company’s transformation from publisher to healthy living company, we are focusing on our core business and areas with the greatest growth potential,” which isn’t much different than what they said publicly days earlier.

Despite the belief that magazines are a dying breed, there is significant growth in the number of publications. During the past four years, the market has grown in the US, however, significant growth may just spread the advertising and subscription dollars across a greater number of competitive products and markets. During 2012, 227 magazines launched and 82 folded, during 2013, 138 launched and 45 closed. The following year 190 launched and 99 closed. Over the first six months of 2015, 60 magazines launched and 23 closed; demonstrating a consistent trend. Over four years there is an increase of 366 magazines in the US alone.

A fair quantity of the revenue that was directed toward magazine publishing has moved online and into social media marketing. Marketingmag.ca indicated in a July 2015 article that print advertising accounted for 59.2% of sales, a significant decline from 73.8% in 2011.

Follow the money, as they say. The dollars continued to move online, as they chase readers. Website traffic data supports a marketing value proposition when it is completely trackable. And much deeper information is available too. Anytime a publisher can know how many people are viewing their website, what pages they are viewing, why the visitor showed up, what website referred them and other powerful pieces of information, such as how many visitors visit for any segment of time, how long they stay on the site, what city they are in and what pages they exited from, they have in their hands very valuable data that no other media can compete with. None of this is available in print; all of it is available live on the internet.

Although saying that, Rodale’s top four magazines apparently have 800,000 paid subscribers; this is a strong value proposition for advertisers. In print, unlike radio, television, and the digital world, the publisher can control the output volume in a measurable way; online publications have live access to the traffic, while broadcast media must rely on surveys. The most alluring value lies on who has the data.

One day digital will kill the print star.

Hopefully, Runner’s World follows through on their implied promise of covering the sport more deeply and in a more broad way.

Author and long-time running journalist and contributor to Running Times, Jack D. Welch, told Athletics Illustrated, “The sport is diminished by the loss of Running Times.  I thought of RT as the most literary of the current running magazines.

Scott Douglas and later Jonathan Beverly had an inner purity that came through with their willingness to promote longer pieces of good writing.

I might have done some of my best work for them because I knew, as did their readers, these guys loved running and they loved a good story.

That’s about all we looked for in a running magazine.

Currently, Let’s Run and various other online publications produce or aggregate content that is of interest to the competitive runner. They do so in a timelier fashion than print can and the aggregated stories collected from around the internet can be clustered onto the home page, providing easy access to all of the latest news one could possibly want.

Deena Kastor said, “Being a long-time subscriber, it is unfortunate to see Running Times end its publication. I can only imagine it’s because its owner, Rodale, sees that one magazine can cover the sport in a broad way. Runner’s World touches a diverse running population so maybe they no longer need for the two print products to dilute readership. It is my greatest wish that the contributors of Running Times continue to write and follow the sport with equal passion; only then will the sport continue to be rewarded with highlights, editorials, results and studies…

…many, many thanks to Running Times staff and contributors for a good, long run.”

Running Times served its niche market well. It died on the vine, not because of a lack of quality editorial, quite the opposite, but for several factors, including the increase in magazines competing with each year for the same dollars, a growth in online publications supplying readers with more instant content and an audience who are moving away from (for now) well-written editorial commentary and perhaps the masses preferring lighter content.

While market conditions evolve, especially in the media vertical, the migration to easy-to-consume stories may be a manifestation of the modern runner. One who is perhaps seeking the finer working of a fuel belt or seeking a cross-training method, that ironically helps the runner to ultimately avoid running. The publications must chase the reader online. We can only hope that the sport’s journalists find a way to cover the sport wholly and deeply.