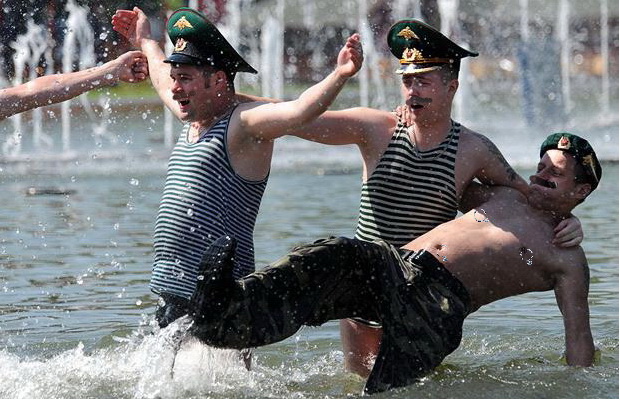 Russia administers an unfair amount of gay “doping” tests on Sochi Winter Olympic athletes, according to a French publication. Russia claims to have identified the mysterious gay gene.

The publication reported that they believe that Russian drug testers are not administering standard doping tests, but disguised testing procedures that are really gay tests, by apparently gay testers.

One athlete who wishes not to be identified said, “I have been tested eighteen times in three days, by several merry and overly flamboyant testers. At first I assumed the gay-ish behavior and the gay stuff they wore was the tester’s way of demonstrating that they are ashamed of Russia’s stance on the LBGT community, but they were asking me all sorts of marriage questions. It was very suspicious if you ask me. Then one tester who identified herself as Olga Bya came back with her partner late at night to borrow my skate sharpener.” Asked if the partner was a person of the same sex she said, “I don’t know, it was so hard to tell. Gosh, by the way that person appeared; I hope it was a man.”

The Russians believe that they are the first to discover the Holy Grail in the great, world-wide gay gene search. Until now the relationship between biology and sexual orientation has not been conclusively demonstrated. Tests have conflicted and have left scientists to point to “vague” genetic as well as hormonal, environmental and social factors to determine orientation. Hormone and brain structure are being heavily researched, but the Russians say they have isolated the gay gene.

The CDC6639 gene (also known as the HISHERS99 gene) provides instructions for making a protein called parafibromen. The protein exists in cells and is likely involved in regulating gay gene transcription, which is the first step in fully developing the X and Y chromosomes.  According to Dr. Pavol Yukatev, “This demonstrates that gay people are defective at birth and it is incumbent upon us to make sure we bring perfectly straight humans to birth.” Meanwhile nations who support the LBGT community will continue to be targeted. Not that Russia winning the gold medal in figure skating is a demonstration of Russia’s tolerance, as both athletes are rumoured to be bi-sexual, but remain hidden in the proverbial closet. Jokes on them.