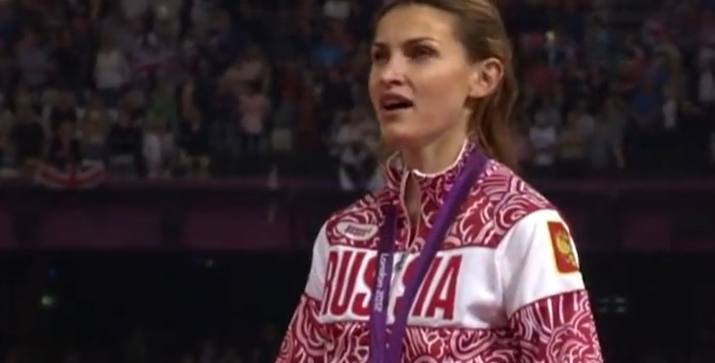 Russian high jumper, Anna Chicherova, who is now retired has been banned from competition for doping. The 2012 Olympic champion has had her 2016 Olympic medal stripped. Interestingly, she is the lone London Olympic gold medallist remaining from the eight athletics gold the tainted country had won. There is no doubt that there is speculation about her 2012 performance too. It is not her first doping offence.

In 2016, Chickerova was stripped of her 2008 Beijing Olympic bronze medal for testing positive for anabolic steroids. There is an eight-year statute of limitations on re-testing samples from the Olympic Games.

On April 24, 2018, Chicherova announced that she intends to resume competitions as soon as her suspension for doping ended on June 30, 2018. July 19 that year, marked her comeback. Shortly after her return, she won a silver medal at the Russian championships in Kazan with a 1.90-metre jump. Mariya Lasitskene won gold with her 2.00m effort but that is as far as they would get because the country was served an international ban in 2015 and has yet to meet the requirements for reinstatement.

Chickerova turned the tables on Lasitskene on Jan. 17, the following year during her first indoor competition since 2012. Chicherova beat Lasitskenefor for the first time since 2012 with her first 2.01m leap since that Olympic year. She tied the world record.

Three days later, she again jumped 2.01m in Moscow however was beaten by Lasitskene, who now holds the world lead at 2.03m.

The following year while competing in Moscow Chickerova jumped 2.02m during the national indoor championships and became co-champion of Russia with Lasitskene (2.02m). Additionally, she broke the masters world record by one centimetre (35-plus).

Last June, at the age of 38, Chicherova announced her retirement from the sport — she would go out on top, or would she?

Retirement didn’t last long as she resumed competing on Jan. 20, 2022, in Chelyabinsk and cleared 1.90m. The following month, she won the Russian Championships in Moscow with a 1.94m clearance. It was her best performance of the season. During this meet, she bettered Lasitskene for the first time in six years — the world’s leading jumper for the past seven years. Nothing to see here.

She was coached by Yevgeni Zagorulko.