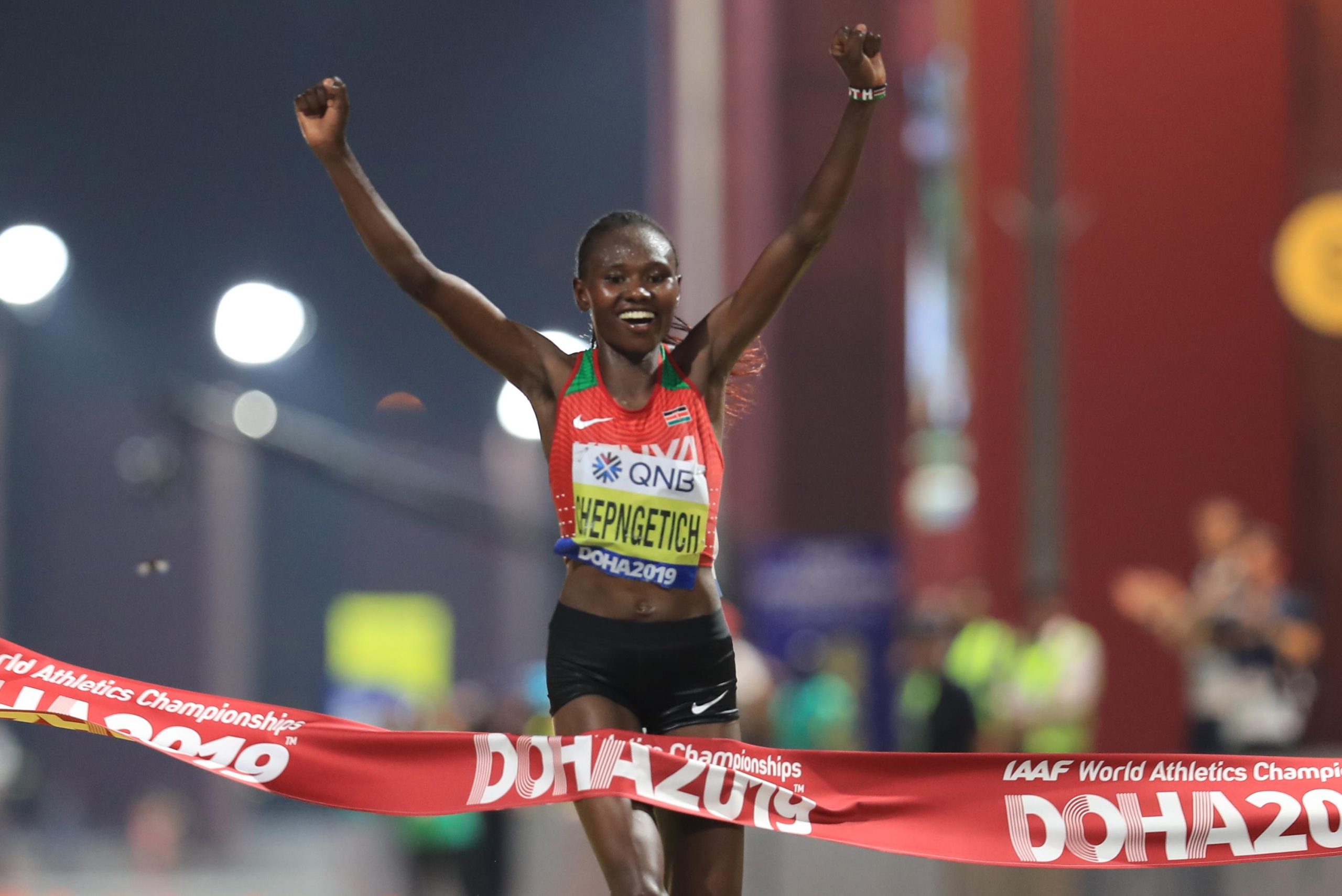 Ruth Chepngetich’s world record in the half-marathon is officially ratified by World Athletics. The Kenyan ran one hour, four minutes, and two seconds on April 4, 2021, during the Istanbul Half Marathon. However, the record celebration will be short-lived.

During the race, eight women started at a world record pace passing through 5K in the time of 15:07. Chepngetich won by 38 seconds, while Yalemzerf Yehualaw and Hellen Obiri also finished under 65 minutes. Chepngetich’s performance of 64:02 broke the previous record of 64:31 that was set by Ethiopia’s Ababel Yeshaneh at the Ras Al Khaimah Half Marathon on Feb. 21, 2020.

Two world records set earlier this year have been ratified 👇

Chepngetich told World Athletics, “I am really happy with this amazing result. The world record is something I have been dreaming about for some time and I am so happy to do it on the streets of Istanbul.”

The 27-year-old ran a 2:17:08 marathon in Dubai in 2019. Her performance is the fourth fastest behind only Brigid Kosgei, Paula Radcliffe, and Mary Keitany. She also owns a 10K road best of 31:12. She won the 2019 Doha World Athletics Championships marathon in oppressive heat clocking a 2:32:43 finish time.

The record will be short-lived, however, as Ethiopian Letesenbet Gidey broke the half-marathon record on Oct. 24 this year during the Valencia Half Marathon clocking what is considered the fastest performance of any distance in history at 62:52.

Burundian athlete Francine Niyonsaba is now officially the world 2000m record holder with her performance of 5:21.56.

She set the time at the Zagreb Continental Tour Gold meet on Sept. 14.

She kicked the final lap hard to take the win and the record.

Niyonsaba is a suspected intersex athlete. The World Athletics rules disqualify her from running some events due to her naturally producing much more testosterone than the legal limit. When she earned her silver medal in Rio, she, as well as the gold medallist Caster Semenya of South Africa and bronze medallist Margaret Wambui of Kenya are all intersex. None of the three are now running the 800m event. To do so, they would have to take medication to reduce testosterone production.