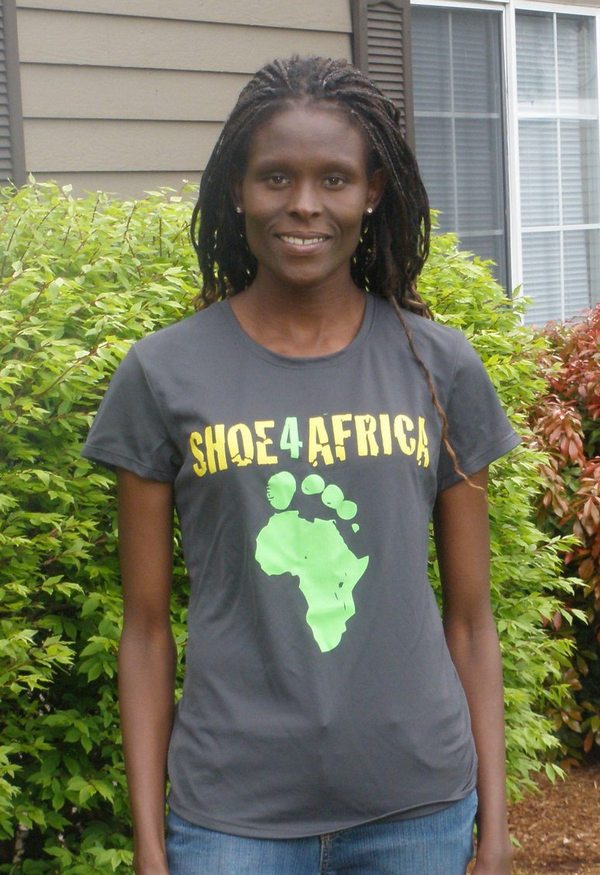 On Sunday, November 6th one of Kenya’s most talented distance runners, Sally Kipyego, successfully made the transition from the track to the marathon distance, by contesting the New York City Marathon. She finished second to fellow countrywoman Mary Keitany, who crossed the line in the time of 2:24:26. Kipyego finished in the time of 2:28:01, which represents a very strong debut.

New York City Marathon performances are well respected due the nature of the course, being hilly and is run without the use of pacers. It is the world’s largest marathon with approximately 50,000 competitors taking in the event, with a peak of 50,304 in 2013. Many of the world’s greatest marathon runners have included New York in their racing plans.

Asked why she chose New York over faster courses Kipyego told Athletics Illustrated, “In the past I have had great races on the streets of New York over different distances and I thought it would be great to debut there. I also wanted my first marathon to be about managing the distance without getting caught up on times.”

To get caught up on the times on her behalf, Keitany is the second fastest marathon runner in history behind only Paula Radcliffe, with her personal best of 2:18:37 from London 2012. Keitany’s debut was also in New York where she finished exactly one minute slower than Kipyego did, back in 2010. She finished in 2:29:01.

Kipyego spent more time during her career than Keitany did at the 5,000-metre and 10,000-metre distances, so perhaps it is not fair to compare their bests at the shorter distances, however, Kipyego has run as fast as 30:26.37, which was accomplished during the 2012 London Olympic Games where she earned a silver medal. Typically championship races include tactics and surging and are often run in the heat of summer, therefore the times are not always fast. Kipyego’s Olympic performance was outstanding.

In that race only Ethiopia’s Tirunesh Dibaba ran faster, finishing in the time of 30:20.75. Since then Dibaba’s performances have been looked at with an eye of skepticism, due to her affiliation with Jama Aden, a coach who has allegedly been arrested and since let go of apparently being in possession of performance enhancing drugs and or drug paraphernalia, when his hotel room was raided in Spain last year.

The world record in the 10,000-metre event is 29:17.45 by Ethiopian Almaz Ayana from her stunning run-a-way performance during the 2016 Rio Olympic Games.

Asked if she has officially moved up to the marathon and will exclusively focus on the event she said, “Not
necessarily, I still plan on running a few track races, but I believe it’s time for me to transition to the marathon.”

She will be 31 years old in December.

It will be interesting to see what Kipyego can do on a course like the London Marathon, which is flat, fast and incorporates pacers.

“It’s early to be sure [soon after NY], but I think I will likely run a spring marathon.”

Some of the top women to run the New York City Marathon include the legendary Grete Waitz of Norway, who won the event nine times in 11 years, including a string of five consecutive during the 1980s. Her fastest New York performance was 2:25:42 from 1980.

Keitany is a three-time winner. She won in 2014, 2015 and 2016. Radcliffe won it three times with a 2:23:09 best from 2007. Kenya’s Tegla Loroupe twice won the race. She was selected as the 2016 United Nations Person of the Year in recognition of helping to get refugees to be able to compete during the Olympics Games.

The current course record was achieved by Kenyan Margaret Okayo in 2003; she crossed the line in the time of 2:22:31.