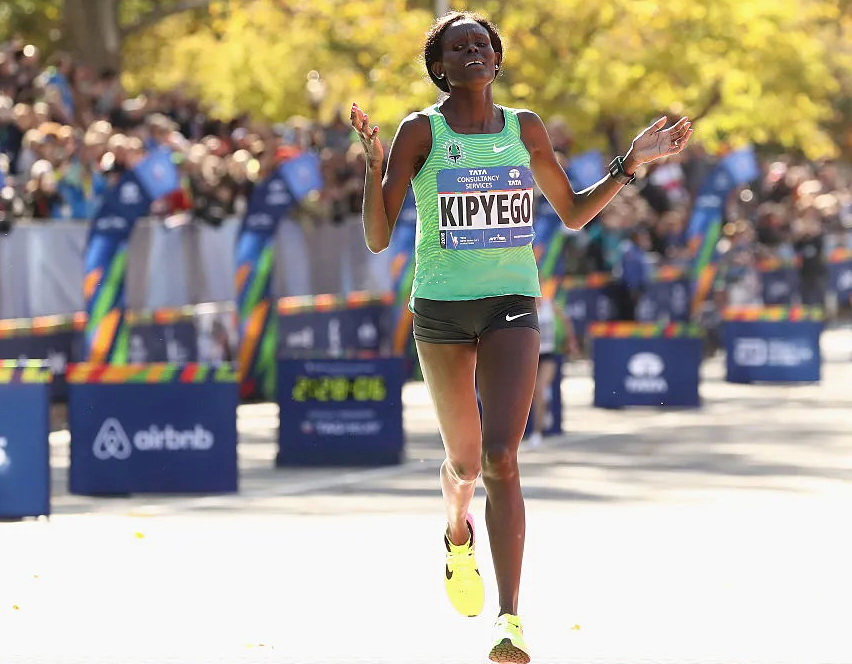 The US Olympic Marathon Trials in Atlanta, GA provided a few surprise moments. Des Linden, a fan favourite, was left on the outside looking in after competing in the 2012 London and 2016 Rio Olympic marathons. She missed qualifying for the Olympics by one position and just 11 seconds. She was classy in defeat.

Tried real hard today. Love that I get to do this for a living. Thank you @brooksrunning for all the support. Thank you fans for all the cheers. Thank you competitors for pushing me to be my best. #Atlanta2020 pic.twitter.com/9rbgCeKIV7

Jordan Hasay had a tough go during her comeback from injury and after having to jettison her coach Alberto Salazar. The 28-year-old’s best is 2:20:57 from the 2017 Chicago Marathon. In Atlanta, she finished in the time of 2:37:57 and in 26th position.

She tweeted, “‘Finished’ will always be better than ‘did not finish’ which always triumphs ‘did not start.’

I was honored and grateful to simply be on the starting line yesterday and have the opportunity to chase an Olympic spot. [It] took everything I had to get to the finish line. Congrats to the top 3 Olympians, and everyone who competed yesterday. Thanks @atlantatrack club and all the fans for a great event.”

Molly Seidel had the race of her life – so far. It was the 25-year-old’s marathon debut.

Seidel is a two-time NCAA champion. After years of injury and accidents, as well as being on a training program that did not work for her, she surprised herself as well as the greater running community by winning the 10,000-metre NCAA Championships. She won in the time of 33:18.37. She then graduated in 2016.

Kenyan-Americans went 1-3 as Sally Kipyego took third in the time of 2:28:52. When asked, she told Athletics Illustrated “For the most part, the race went relatively easy in my opinion.”

Asked what her Atlanta Marathon plan was, Kipyego said, “My goal was to basically be anonymous for the first 18 miles (29K) or so. I tried to stay away from the front as much as possible knowing that it was windy and if I could sit back and be patient it would serve me well in the latter stages of the race. I was surprised how quickly the break happened; I didn’t think that within a few seconds we could establish our positions.”

Typically, but not always, someone feels strong at 20 miles (32K) and goes and others begin the long slow fade.  The separation often happens gradually as athletes begin to spread out.

“At mile 18, I felt fantastic and I knew a move would happen, so I gathered myself for it.”

The race was on, but Seidel as a rookie raised a few eyebrows.

“When Aliphine and Molly took off, I followed but realized quickly that the pace might be too hot, so I decided to hold back. My thinking at the time was that the women behind would join me as the chase group but a mile or so later, I realized they weren’t coming so I decided to hold my pace as much as I could. At mile 22, I grabbed and missed my last fluids but decided to just keep going. By mile 24, I was basically surviving, I knew that I was slowing down with every hill and I actually thought I would be caught but I kept pushing forward one step at a time.”

During that final km, she just wanted to hold off the competition to save enough for some wiggle room if it came down to an all-out kick at the end. At the end of it, she had managed to hold on to make the US Olympic team.

“Making the team was my number one objective for the year (Athletic goals).”

Kipyego’s training leading up to the US Trials was great. She and her long-time coach Mark Rowland were able to get in all the training that they wanted to.

“I kept things on the low end – meaning I took days off when I felt fatigued or even slightly under the weather. After many years running at this level, I have come to realize that getting to the starting line healthy is much more important than getting there injured or too overcooked to be competitive. So I will rather start a race healthy even it means being 80% fit. Everything in my training indicated that I was fit and ready, but in hindsight, I should have visited the course at the beginning of my build-up because I underestimated the degree of difficulty on the hills. All in all, I was very pleased with my effort on the day and I’m looking forward to the Olympics!”

In the men’s race, Galen Rupp made a notable comeback after dropping out of the Chicago Marathon. He is now coached by Mike Smith at Northern Arizona University. He won.