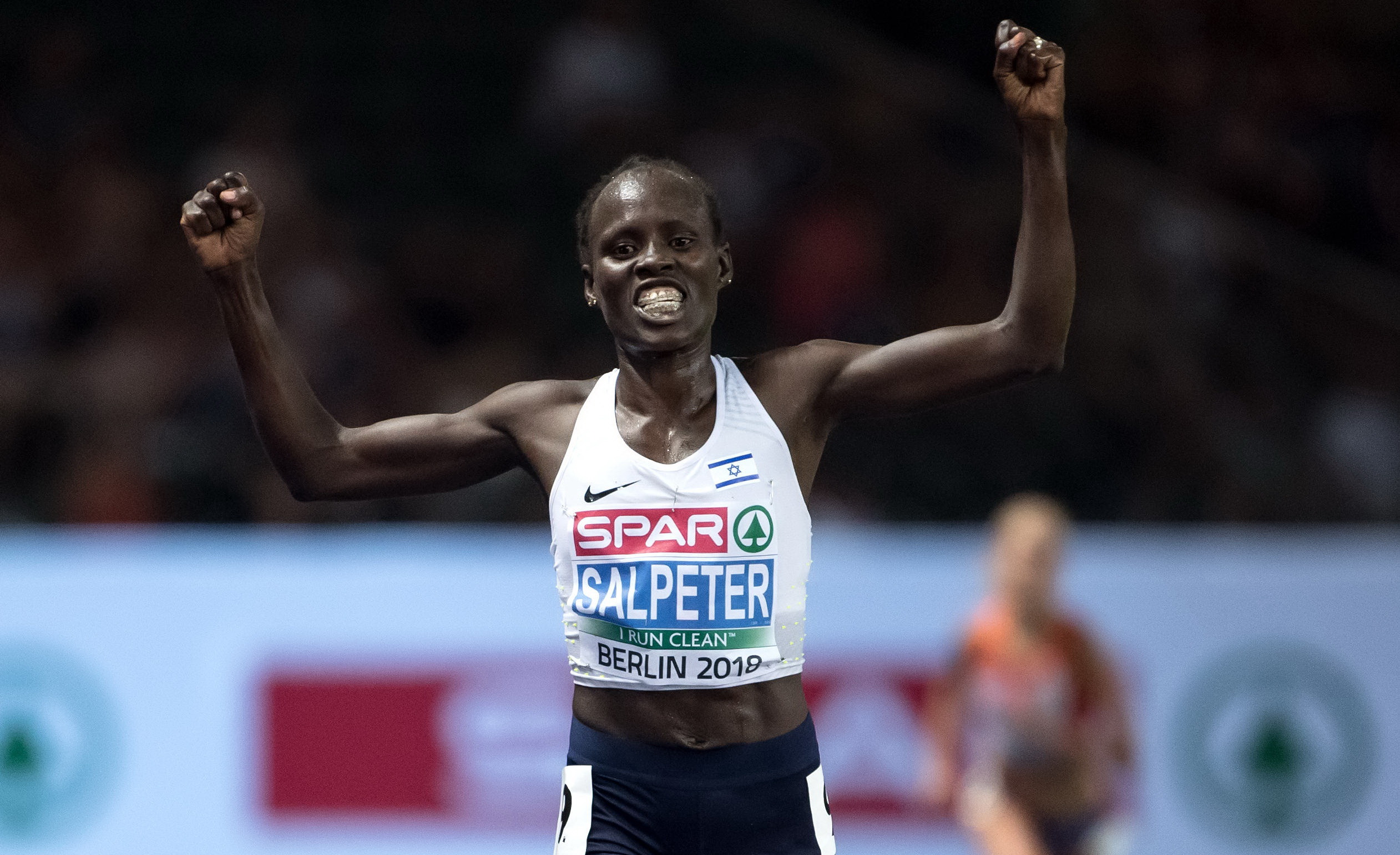 Salpeter, who will celebrate her 31st birthday just three days before the race in Kolkata, comes to the City of Joy as the reigning European 10,000m champion after having won her title on the track in Berlin last year.

However, she has gradually been changing her focus to the roads over recent years and won the Prague Marathon in May in a stunning national record of 2:19:46. Salpeter is currently sixth on the marathon world list for 2019 as well as having moved up to third on the European all-time list.

Salpeter went to the World Athletics Championships two months ago among the medal favourites for the marathon but dropped out in the challenging conditions in Doha. However, she recovered quickly and finished fourth in the Frankfurt Marathon last month in 2:23:11.

The TSK25K will not be Salpeter’s first official outing over the distance, she won the famous Berlin 25km race in 2017 in 1:28.48. However, she has run much faster and had a 25km split of 1:23:25 during her Prague Marathon win and if Salpeter is in anything close to this shape she could make huge inroads into the TSK25K women’s course record of 1:26:01 set by Ethiopia’s Degitu Azimeraw in 2017.

Salpeter’s path to her current position as one of the world’s leading distance runners is far from a conventional one. Born in Kenya, her early years were spent living in a small rural village in the very west of the country that had no electricity or running water, but she
nevertheless did well enough at school to earn a job as a nanny to the Kenyan ambassador to Israel.

Moving there in 2008, she started running after arriving in Israel just to keep fit. However, in 2011 she met the Israeli international runner Dan Salpeter, the pair fell in love and married in 2014.

Her husband-cum-coach also saw her potential as a runner and by 2013 she was winning national titles and her ascent has been upwards ever since. She now has a myriad of national records to her name from the 1500m to the marathon.

Salpeter is the biggest name making her way to the TSK25K but the elite women’s field contains several other very talented runners.

Tanzania’s Failuna Matanga is a familiar face in Kolkata after having finished third in the last two years and she will come obviously come motivated to move up a place or two on the podium.

The Ethiopia pair of Birke Debele and Guteni Shone have won important international marathons this year, the Riga Marathon and Sevilla Marathon respectively, and should also be bidding for one of the leading positions.

Kenenisa Bekele’s course record of 1:13:48, set when the Ethiopian distance running icon of the sport won in Kolkata two years ago, is a tall order for any runner, it is one of the best times ever over the distance, but gives a target for everyone to aim at.

In the men’s field are two men who know what it’s like to stand on the podium at a global championship, Kenya’s Leonard Barsoton and Ethiopia’s Tariku Bekele, the latter a brother of the 2017 winner.

Barsoton is a two-time world cross country silver medallist, as a U20 runner in 2013 and then as a senior in 2017, while Bekele was a world indoor champion over 3000m in 2008 and four years later took the 10,000m bronze medal at the London 2012 Olympic Games.
In addition, Eritrea’s Tsegay Tuemay and Ethiopia’s Bayelign Yegsaw, will return to Kolkata. The pair were second in 2017 and 2018 respectively.

“Once again some of the world’s best distance runners will be seen competing on the streets of Kolkata,” commented Vivek Singh, Joint Managing Director of race promoters Procam International.

“In the past three years, since the race went international, the overall depth and quality of the elite field has risen every year. The increased level of excitement and interest in this event, not just locally but from around India and the rest of the world, is also succinctly endorsed by our campaign #FeelTheJoy,” he added.