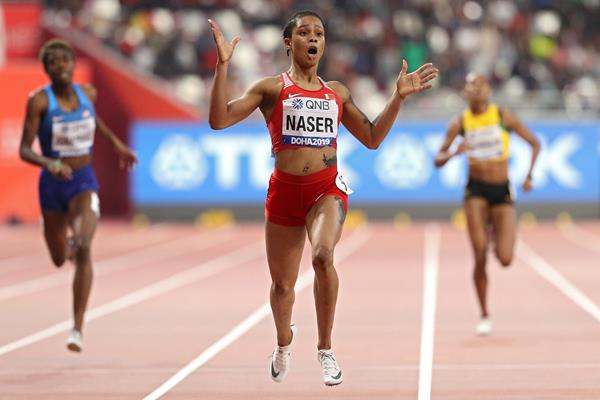 Salwa Eid Naser, the women’s 400-metre world champion, has been provisionally suspended for missing at least three drug tests in a 12-month period of time, according to the Athletics Integrity Unit (AIU).

Naser won gold for Bahrain during the 2019 Doha World Athletics Championships. She may not be eligible for the 2020 Tokyo Olympics Games (2021).

Naser is yet another athlete who has signed to run for Bahrain – Kenyans distance runners are notorious for doing this. She is Nigerian.

Naser won in the time of 48.14 seconds, a huge personal best and the fastest time since 1985. The world record is another suspicious performance from an East German athlete Marita Koch at 47.60. The record should be wiped from the books, as East Germany was found guilty of systematic doping. Naser’s time should be removed and Bahrain should be suspended.

The provisional suspension to Naser is another in a streak of Bahraini female athletes who are originally from other countries. Kenyan Ruth Jebet was banned for four years in March for EPO, and marathon runner Eunice Kirwa has also been banned four years.

Bahrain should be banned from international sporting events, just as Russia is, until they can prove that they have stopped poaching athletes from other countries for money and allowing them to cheat while representing the nation. Naser was just 14 when she signed with Bahrain.