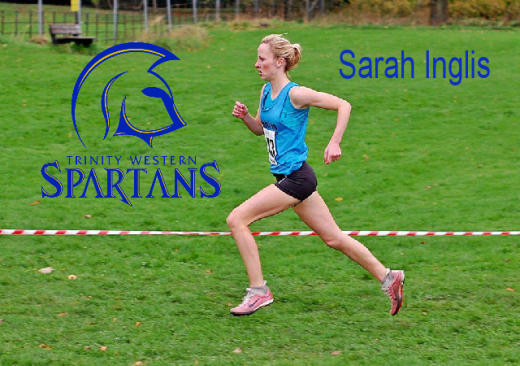 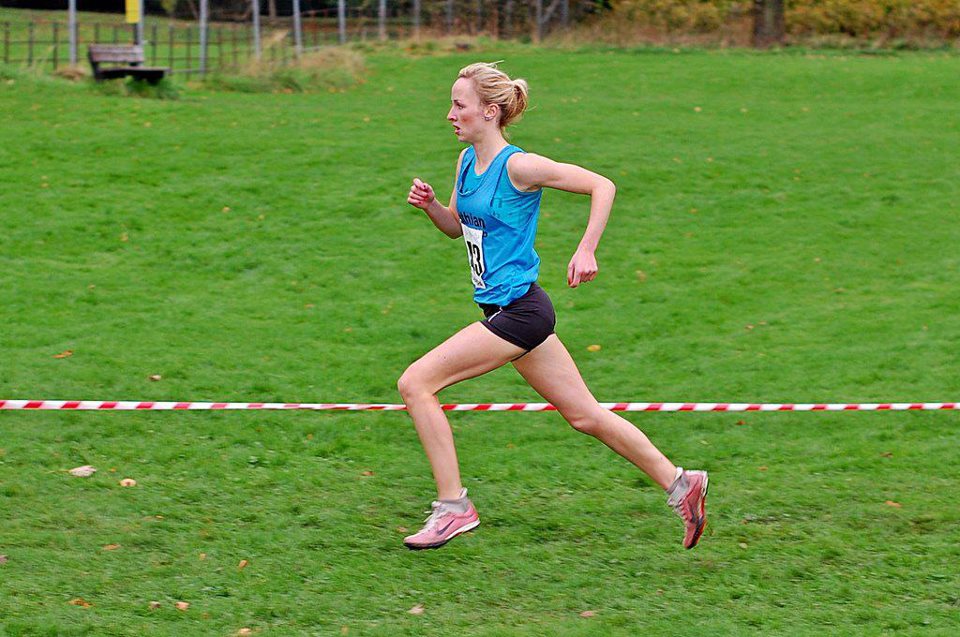 Scottish runner Sarah Inglis who now competes for Trinity Western University in Greater Vancouver (specifically, Langley, BC), is preparing to compete in the 2013 CIS cross-country season. The twenty-two-year-old student was recruited by head coach Laurier Primeau, who previously coached Scottish Athletics for two years. He guided the Scottish team to an 18th place finish at the 2010 Commonwealth Games in Delhi, India.

For now, Inglis will be an unknown entity in the Canadian varsity athletics scene and looks forward to finding where she stands amongst Canada’s best runners; she will have that opportunity soon as the CIS national championships are just six weeks away.

Christopher Kelsall: I am sure you have already been asked many times, why the move from Scotland to the west coast BC?

Sarah Inglis: I had just completed my first year of full-time teaching (PE teacher at Falkirk High School). Towards the end of the school year, I had different options and one included Trinity Western University, this was through being in touch with head coach Laurier Primeau. The opportunity to gain a master’s degree and make running my focus again was a huge draw, and the fact BC is beautiful place to live. I’m saying that after a summer of sun (we rarely get sun in Scotland!) but even now the rain has started I still love it here.

CK: What is your major?

SI: It is in Educational Leadership, which can allow me to teach in BC after I graduate which is good to have! The course is interesting; I’ve just turned 22 so I am the youngest in the class by a few years!

CK: By the way, this late September storm occurrence is odd, where in Scotland are you from?

SI: I’m from a small town called Falkirk. It sits roughly in the middle between Edinburgh and Glasgow.

CK: Falkirk: “Eaglais Bhreac”! Do you speak Gaelic (don’t laugh, this must be asked of all Scots)?

SI: Unfortunately I don’t. People struggle to understand my accent never mind Gaelic. I had a guy on my first day on campus ask if English was my second language!!

CK: You are in Greater Vancouver, perhaps English is his second language. What made you choose Trinity Western University?

SI: I had known the head coach Laurier Primeau from his time working in Scotland. I also knew a couple of the other Scottish athletes already on the track team at Trinity and heard good things about the programme. The set-up… study and training-wise is even better than I expected and I’m glad I chose TWU.

CK: Had you taken in any of the fell races back home? Is the fell running community competitive there?

SI: When I was younger I competed in some fell races, my home running club (Lothian RC) has quite a few members who compete to a high level on the hills. As I got older I focused more on cross-country and track. So I haven’t competed on the hills in quite a few years. Scotland has always had a very competitive hill racing community and medalled many times at World Championships in the past.

CK: Did you play any other sports, growing up?

SI: I played lots of sports. I was in my school football (soccer) and basketball team; initially I tried highland dancing as a hobby, but I was really, really bad! Not long after, when I was about 11… I went along to the local running club with my brother and sister (I’m a triplet btw) and enjoyed it, so that became my sport.

CK: So did your parents stop at three?

SI: Yeah, no more. I think the three of us were enough to cope with!

CK: Do your siblings run competitively too?

SI: We all ran when we were younger and both my brother and sister have gained Scottish vests in the past. So you can imagine we are all very competitive and some training sessions were crazy! However the past couple years they have both dropped out of competitive running, my sister actually has just started back doing some training so hopefully could be a comeback!

CK: How is your fitness now, heading into the CIS cross-country season?

SI: I am fit right now. I have adapted well to training under Mark (Bomba). We have only really just started our sessions and adding volume the last couple weeks. So I know with six weeks to go until CIS championships there is a lot more to come.

CK: Have your sessions included some mono-fartlek work that Mr. Bomba is famous for?

SI: I have done a couple mono-fartlek sessions…they are good fun especially in the trails!!CK: Did you get to train much of the summer in Greater Vancouver? What level of weekly volume did you get up to?

SI: I arrived in BC at the start of July. I had intense summer courses as part of my masters degree for the first four weeks, which involved classes Monday to Saturday (yes…classes on a Saturday!), so initially I did a lot of easy running by myself (finding new trails and getting lost, more of the latter) so my mileage was around 40-50 miles-per-week (65-to-80 kilometres per week) from July to mid-August and with no real sessions at all. So with school beginning in September and structured training, I have gained fitness pretty fast.

CK: For indoors and outdoors, which distances do you expect to specialise in?

SI: I will be looking to PB in a range of events indoor and outdoor, from the 800m up to 5000m. Indoors this year, the focus will likely be 3km.

CK: What are your cross-country goals this year?

SI: I am relatively unknown to the competition over here, so it’s interesting going into a race and properly racing to win and not worrying who I am up against. I am going to keep that in mind, so individually goal-wise; I will go in with that outlook to every race. Our team goal is different, we are confident that we will surprise a lot of people at CIS this year.

CK: Perhaps until they read this. How about the psychology of not recognising your old competitors?

SI: Well I’m actually enjoying racing and not knowing my competitors. It makes things simpler – go out and race to win!