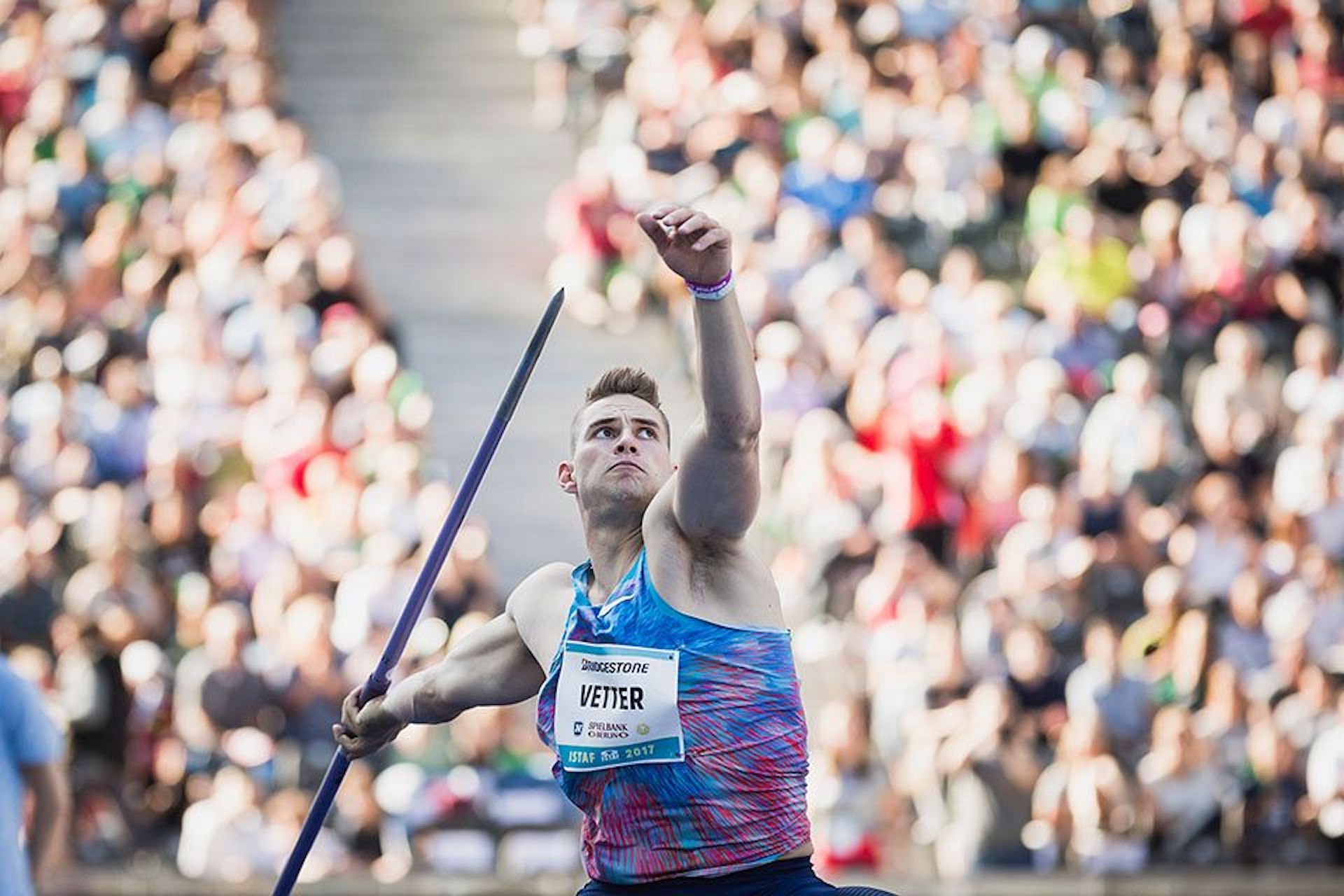 Some of the biggest names will feature in Berlin’s ISTAF on Sunday: Karsten Warholm, Armand Duplantis and Daniel Stahl could create Scandinavian supremacy while German stars Johannes Vetter and Malaika Mihambo travel to Berlin in excellent form. Laura Muir, Christian Taylor, and late entry Beatrice Chepkoech are among other prominent names on the start lists. Nine of the eleven events feature world-leading athletes and there will be twelve athletes who have won World Championships’ or Olympic gold medals.

The ISTAF will look different on Sunday because of the current circumstances. However, despite the coronavirus pandemic organizers managed to ensure that around 3,500 spectators will be allowed into the huge Olympic Stadium to watch Germany’s major athletics meeting. They will have to follow strict hygiene regulations and will be seated with some distance from each other. While more than 40,000 spectators will be missing compared to recent years, there will be live TV coverage which will be available in many countries.

“We are very happy that with major support of the city and our partners it was possible to organize the ISTAF during these challenging times and to welcome world-class athletes in Berlin,“ said Meeting Director Martin Seeber. “It is our aim to make a statement for athletics and to be a beacon of the lighthouse. ISTAF will be different with 3,500 instead of 45,000 spectators. But may be it is a first step back to normality.“ The ISTAF, the world’s oldest track and field meeting, will be celebrating its centenary in 2021.

The late addition of Karsten Warholm promises an extremely fast 400 m hurdles race, which could well produce a historic time. There is a famous ISTAF record that could finally be broken on Sunday: It was Edwin Moses, one of the greatest athletes of his time and for some time a West Berlin resident, who clocked 47.17 seconds on 8th August 1980 in the Olympic Stadium. In fact it is the oldest ISTAF record in a men’s standard discipline. No-one came close to that at the ISTAF in four decades. Fellow US hurdler and current world record holder Kevin Young (46.78) went for the record after his Olympic triumph in 1992 but had to settle for 47.81. This is the second fastest time in the history of the ISTAF. Karsten Warholm showed brilliant form recently with a European record of 46.87, the second fastest time ever.

There is another famous ISTAF record that could well be attacked by a Scandinavian on Sunday: In the Pole Vault it was Sergej Bubka who jumped 6.05 m back in 1994. That mark by the Ukrainian multiple world record holder, who also lived in Berlin for a couple of years, could be challenged by Armand Duplantis and possibly Sam Kendricks. The Swedish world record holder (6.18 m) has already cleared 6.07 recently while Kendricks’ season’s best stands at 6.02. Piotr Lisek of Poland comes to Berlin with a season’s best of 5.90 and Brazil’s Thiago Braz is the Olympic Champion, making this traditional ISTAF event an extremely strong one.

The Discus event has an extraordinary strength in depth as well. World Champion Daniel Stahl of Sweden, the current world leader with 71.37 m and the dominant thrower, will face Andrius Gudzius of Lithuania, the World Champions of 2017, and Mauricio Ortega of Columbia, who improved to 70.29 m this season. It was back in 1996 when Lars Riedel established the meeting record of 70.60.

A German athlete very much in the focus will be Johannes Vetter. In what would normally have been an Olympic year the javelin thrower is in the form of his life. It was in Chorzow, Poland,  where Vetter reached a sensational mark of 97.76 m, moving closer to Czech world record holder Jan Zelezny (98.48) and improving his German record by more than three metres. Zelezny also holds the ISTAF record with 91.30 m. Is the best for Vetter still to come? “The ISTAF will be the highlight of the season for me,“ Johannes Vetter said when his participation was announced some weeks ago. “I am extremely happy that this meeting goes ahead. The whole world envies us for the ISTAF.“ While the Olympic and World Triple Jump Champion Christian Taylor will compete at the ISTAF for the first time organizers have also included a para event: In the Shot Put Germany’s Paralympics Champion from 2016, Niko Kappel, will compete.

World Champion and world record holder Beatrice Chepkoech will lead the 3,000 m Steeplechase. The Kenyan clocked a phenomenal world record time of 8:44,32 two years ago in Monaco and then took the gold medal at the global championships in Doha 2019 in commanding style. The 29 year-old Chepkoech is a late entry and will run her first Steeplechase race since her World Championship triumph almost a year ago. Fellow-Kenyan Hyvin Kiyeng, the World Champion from 2015, is on the start list as well.

In the 100 m Dafne Schippers will be the favourite. The two time 200 m World Champion and two time 100 m European Champion showed improving form a few days ago, when she clocked a national record of 16.56 seconds in a 150 m race in Ostrava. Germans Rebekka Haase and Lisa Kwayie are among her rivals in Berlin.

Malaika Mihambo seems to be in top form whenever a start in Berlin comes up in her diary. Just a few days ago the German World Long Jump Champion from Doha improved the world lead to 7.03 m in Dessau. “I am looking forward to the ISTAF,“ said Malaika Mihambo. Among her rivals will be Maryna Bekh-Romanchuk of the Ukraine, who took silver in Doha behind the German.

More information about the ISTAF is available at: www.istaf.de