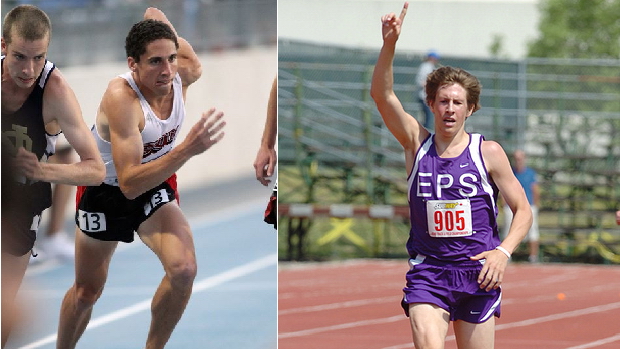 Canadian 5000m record holder Jeff Schiebler is challenging all running related business to match his offer of donating $1000 to charity should fellow Canadian, Cameron Levins take down his record time of 13:13.96.

Schiebler has offered up the money should Levins take down his record time on Saturday, June 1st at the Prefontaine Classic at Hayward Field in Eugene, Oregon. Schiebler said, “Basically, it is not about celebrating my record being broken on my 40th birthday, but the idea of providing awareness to the power of running and sport. Running changed my life, opening many doors. I hope that Cam experiences the same level of success that I have had.”

Will Levins take the Canadian 5000m record at the meet affectionately known as “Pre,” named after the legendary American, Steve Prefontaine? “Once I heard that Cameron ran 3:36 for 1500m only two weeks ago, I just knew the record is in him! My personal best for 1500m was 3:40 set weeks before I ran 13:13.96 too. So Cam’s speed is there, and with decent conditions, I do not doubt that Saturday will be the day that my last record on the track goes, said the father of three. “That it is my 40th birthday is just a neat coincidence.”

Will Levins do it?

Levins from Black Creek, BC competed in the 2012 London Olympic Games in both the 5000m and 10000m distances. He is an NCAA champion as well as Canadian National champion on the track and in cross-country. Levins signed with Nike in June of 2012.

Schiebler from New Westminster, BC has retired after a long and competitive running career and is now a firefighter. He is a five-time national champion in the 5000m and won a bronze medal at the 1999 Pan American Games that took place in Winnipeg, Manitoba.  Asked about why he decided to give (rather than receive) on his birthday and how the idea came about, he said, “I have been volunteering with a former distance runner, Matt Johnston, who has been coordinating run clubs for inner-city youth since 2003. So, you can say that this idea came about over the past ten years. Matt was working in the downtown eastside and at one time, we were able to get 170 inner-city children and youth into the Sun Run.

Then, this year, we formalized a group in a suburb of Vancouver, Surrey, and in our inaugural year, helped 116 youth that face multiple-barriers into local races. Basically, I have witnessed the power distance running can have on these youth, and can’t help but to selfishly hope that Levins chooses a charity that encourages youth to get involved in sport or running. However, there are no strings attached and if Cam decides $1000 should go to another charity, I am completely happy. And the challenge is on, to running related business to meet my $1000.”