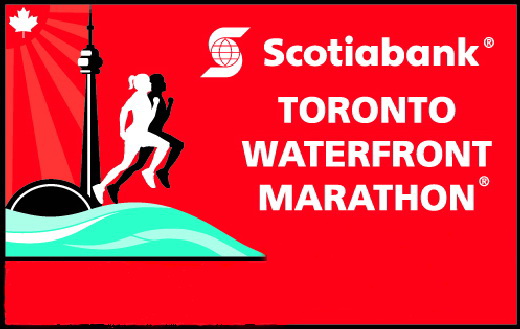 Earning an IAAF Gold Label from the International Association of Athletics Federations represents the epitome of road race management and for the second consecutive year the Scotiabank Toronto Waterfront Marathon has been awarded this distinction.

Meeting the very strictest criteria, not once but twice, puts the race in the elite category of city marathons around the world, a fact not lost on Race Director Alan Brookes.

“We’re thrilled to receive the Gold Label for the second year in a row,” Brookes declared after receiving the news from the IAAF head office in Monaco. “It’s the Michelin 3-stars of running.

“To be placed in the same category as Boston, Chicago, London, Tokyo and the great city marathons of the world is an enormous honour. It really testifies to the prestige of the Scotiabank Toronto Waterfront Marathon and our commitment to being a leader in road running in Canada.”

For IAAF Competitions Director, Paul Hardy, the awarding of the Gold Label was especially pleasing. He hails from nearby London, Ontario.

“The IAAF Label programme recognizes the best road races in the world,” he declares.  “To achieve Gold Label status takes hard work, commitment and a passion to want to be the best.  I congratulate the Scotiabank Toronto Waterfront Marathon on receiving the IAAF Gold Label.  Having grown up just down the highway from Toronto, I know what a great city it is and what a great place it is to run.  Keep running Toronto.”

The news was also greeted warmly by two of the Waterfront Marathon’s greatest athletic personalities, Eric Gillis, whose five fastest marathon times have come at various editions of the race, and Lanni Marchant, who famously broke a 28 year old Canadian women’s record in 2013 with 2:28:00.

“I thought Alan was a gold label race director since the first year I ran STWM back in 2010,” Gillis says. “He has just been phenomenal for Canadian athletes. He is passionate about every athlete he has running in Toronto. This (Gold Label Award) is just a really nice thing to have happen. I am very happy for Alan and his crew at the Canada Running Series.

“I am grateful for the opportunity to race a competitive international race just over an  hour’s drive from where I train and live. It has meant a lot to me over the years. It is special.”

“I just think it speaks volumes for Canadian running in general,” says Marchant who is presently in the midst of high altitude training in Kenya.  “You used to have to go elsewhere to get Gold Label events and to get the best competition, and having it in our backyard now kind of shows where we are as a country in athletics.

“It shows the kind of events that Alan Brookes has been putting on. It just makes it exciting as a Canadian runner that I can line up in my home country and have one of the best fields to line up against.”

Over the years the Scotiabank Toronto Waterfront Marathon has attracted some of the world’s greatest marathoners.

Ethiopia’s Derissa Chimsa set a course record of 2:07:05 in 2013.  Sharon Cherop of Kenya set a course record of 2:22:42 in 2010 then went on to earn a bronze medal at the 2011 IAAF World Championships and a victory in the 2012 Boston Marathon. In 2011 Mare Dibaba finished 2nd in Toronto behind her Ethiopian compatriot, Koren Jal. Last August, Dibaba was crowned World Marathon Champion with an impressive victory in Beijing.

But along with the many elite athletes who compete for hundreds of thousands of dollars in prize money are thousands of runners racing on an accurately measured, well managed course to challenge themselves or to raise money for local charities. Last year another $3.5 million was raised by Scotiabank Toronto Waterfront Marathon runners for 173 charities.

Entries are now being accepted for the 2016 Scotiabank Toronto Waterfront Marathon which is set for Sunday October 16th.

“It puts Toronto on the world stage,” Alan Brookes says summing up the value of the Gold Label, “and it is recognition for our amazing Canada Running Series organizing crew, the thousands of volunteers, charities, City of Toronto staff, runners and spectators alike, who have built something very special for the sport and the city we love.”