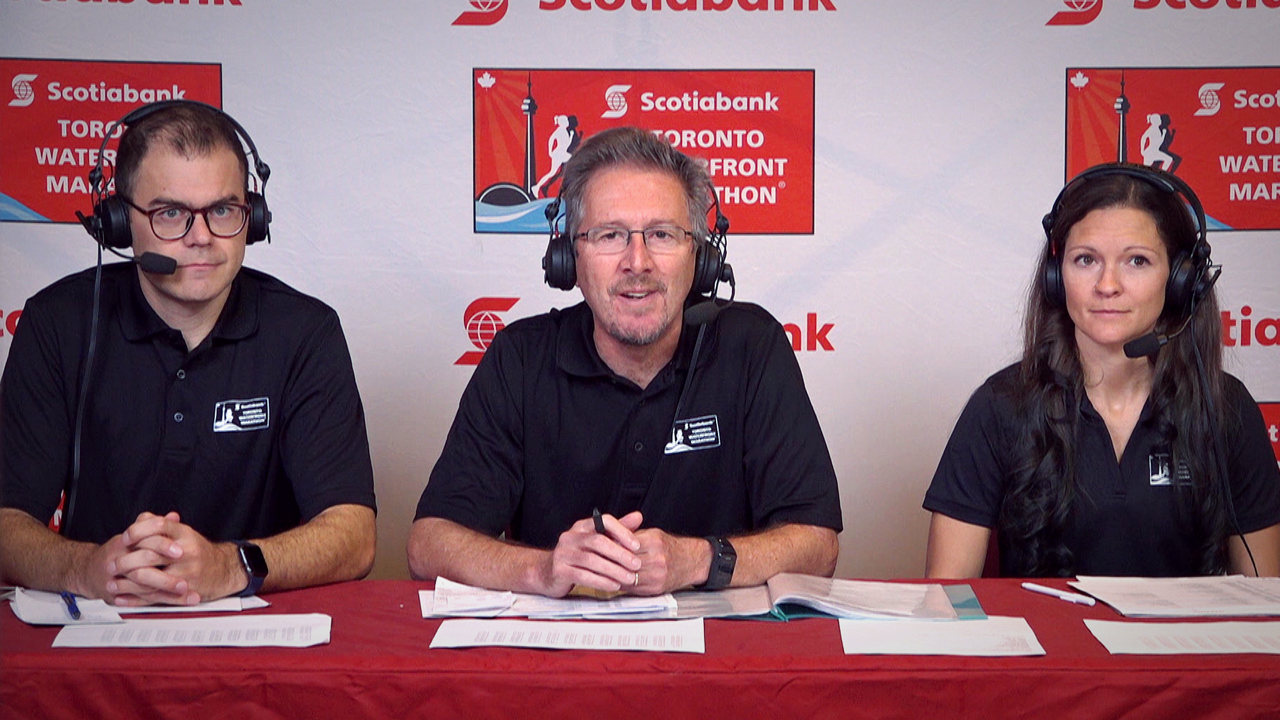 A world-class field will compete for prize money, prestige and possible Olympic selection at the 2019 Scotiabank Toronto Waterfront Marathon October 20th and once again the entire race will be available via live stream.

As in previous years, the broadcast will be free, and available to everyone, with no geo-blocking. The IAAF Gold Label race broadcast can be found at www.stwm.ca at athleticscanada.tv and in an exciting “first” carried in its entirety on Facebook “Live.”
More than 200,000 viewers in 146 countries followed the action the past two years including Ethiopian star Lemi Berhanu Hayle, the 2016 Boston Marathon champion, who is among the entrants in this year’s IAAF Gold Label race.

“I always watch the (Scotiabank) Toronto Marathon on television,” he reveals. “I have never missed (watching) the race – every year. I heard some of the things about the race from my teammates; that the course and the weather is good.”

With a personal best of 2:04:33 he will be one of the favourites on the starting line along with defending Toronto Waterfront champion Benson Kipruto and Philemon Rono, the winner in 2016 and 2017. The latter pair are both from Kenya. Rono, it must be mentioned, set the Canadian All-comers’ record of 2:06:52 at the 2017 Toronto Waterfront race.

They will face the Kenyan duo of Ruth Chebitok and Magdalyne Masai-Robertson.
The starter’s horn will sound at 8:45 am Toronto time, but coverage begins 45 minutes before.

“We go live at 8:00 a.m. Eastern time while the Race begins at 8:45 am,” says Executive Producer Matt Hortobagyi of Astrodog Media which handles the complicated and exciting production.

“This year we are operating a ten-camera show. Included in that we will have a live drone camera to capture aerial shots of the runners as they pass by the Lake Ontario waterfront. And then there are the cameras on motorcycles that are following the pack.

“We will follow the elite international elites, the top Canadians, any celebrities and charity runners dressed up, the record number of 14 on-course Cheer Sites, and as much of the action as possible. I think we are always going to want to capture those key stories.”
Once again, the commentary team will be composed of Briton Geoff Wightman whose voice has graced stadia at IAAF World Championships, Michael Doyle, a journalist and former editor of Canadian Running Magazine, and 2016 Olympic marathoner Krista Duchene whose personal best of 2:28:32 was achieved at the 2013 Toronto Waterfront race. DuChene was also 3rd in the 2018 Boston Marathon.

“I think everyone on the broadcast team brings their own specialty, their own unique view that makes the broadcast interesting,” says DuChene pointing out that, while her partners Wightman and Doyle have expertise in the international arena, she is especially keen on the elite Canadian race as the Scotiabank Toronto Waterfront event is this year’s official Athletics Canada Marathon Trials for Tokyo 2020.

“Definitely we are going to see a big battle between (Canadians) Malindi Elmore and Kinsey Middleton,” she explains. “It’s just so impressive. Head to head the two of them are so close their debut marathons are similar I think they are off by one second. They are new too. We can expect, if training has gone well and race day proves to be good for racing, for sure we will see some of them going under 2:28.”

Michael Doyle the former editor of Canadian Running magazine has been part of the broadcast for eight years now and recalls the humble beginnings where the commentators sat under a tarp in the cold near the finish line, calling the race off a single monitor. These days the team sits in a studio with multiple screens with a director and assistant director monitoring individual racers. Roughly thirty crew are now involved in the production.

Doyle relishes calling the two races within the race – the international event and the Canadians vying for an Olympic berth. “(Race Director) Alan Brookes has really pieced together a truly Gold Label high caliber race where you can see the fastest runners on Canadian soil,” he says. “This year is no exception. I think what is special is that this is the (Canadian) trials for Tokyo next summer.”

“Each year the Canadian field is quite strong. Last year Cam Levins (Canadian record performance) was the great story and in the past Lanni Marchant and Krista Duchene beat the Canadian record. This year a deep field will be vying for Tokyo 2020.”

Meanwhile Geoff Wightman was left impressed with both the production and the competition last year. “I thoroughly enjoyed the event and the coverage last year. We were able to switch from the international and domestic elite field for both men and women at a moment’s notice,” he adds.

“I believe the Canadian Olympic trials adds another dimension to the intensity of the racing. We are only a few days beyond the World Championship marathons but suddenly Tokyo is looming on the horizon and Canada is first to start the countdown.”

The live stream of Scotiabank Toronto Waterfront Marathon has something for everyone and is an exciting project for all involved including Matt Hortabagyi.

“A live event has a lot of excitement built into it,” he declares. “Astrodog Media doesn’t do a lot of live events but we have done this one for the last eight years, and we continue to do it because it is exciting to put together. There is an energy that brings so many people together for the one day.”