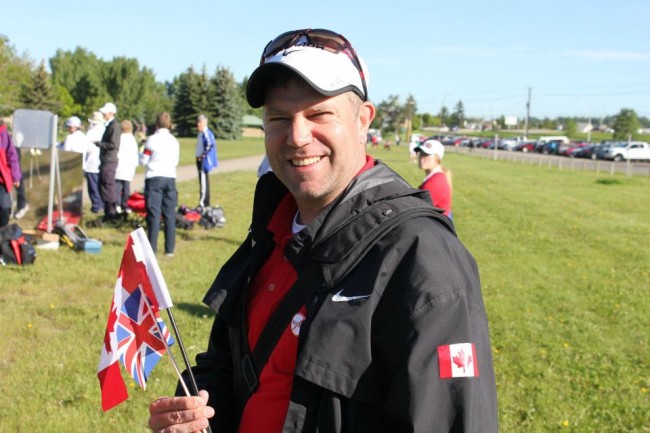 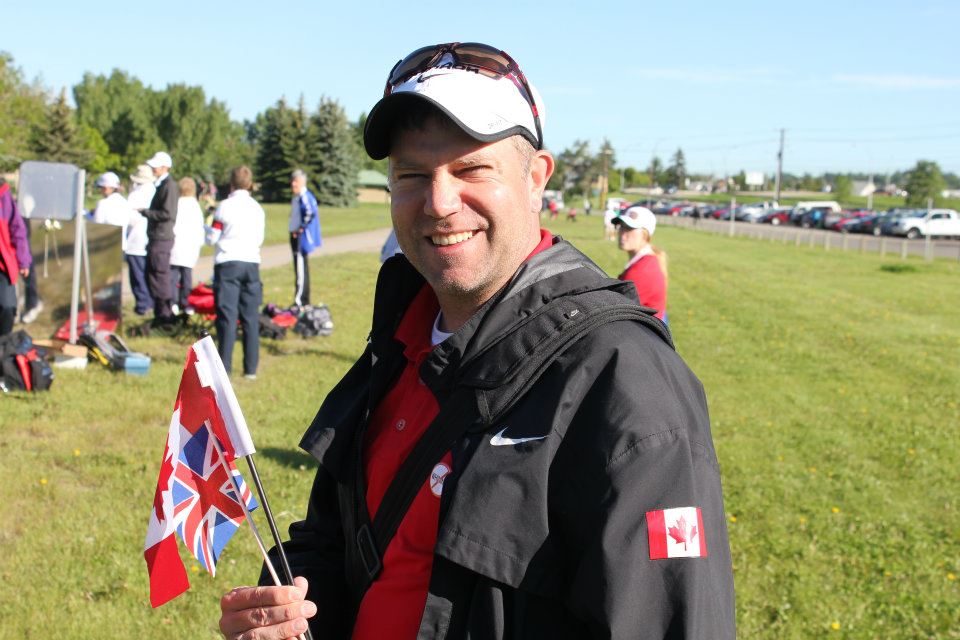 Athletics Canada announced on March 28th 2013, that Nepean, Ontario’s Scott MacDonald is the new high-performance director with Athletics Canada, the national governing body for the sport of athletics. The position or a similar version was previously managed by Martin Goulet for over six years, until January 23rd, 2013. MacDonald was hired from within, as he was the Director of National teams since 2005. Goulet’s position was as chief high performance Officer.

MacDonald competed for the University of Michigan under coach Ron Warhurst and studied American History and English Literature.

Christopher Kelsall: Congratulations on your new position as high performance director with Athletics Canada. You were already with AC in another capacity when the position came up. When the position was posted, did you immediately apply, or did you have to be nudged in that direction?

Scott MacDonald: No hesitation. When the opportunity came up, I felt I was ready to step into that role. It felt like a natural progression.

CK: Do you have a sense that your position is in the hot seat a little, from the athlete’s perspective?

SM: I think when you work for a National Sport Organization in any capacity; the seat is a little warm. This position is a big responsibility, and that comes with expectations. I accept that and look forward to discussing challenges and opportunities with people. One approach I have taken is to say that the Complaints Department is closed. I operate a Solutions Department.

It is important to understand that we all love the sport and want the same thing; we just might differ on how to get there. I prefer to bring people together and come up with solutions rather than waste time and energy sitting in the hot seat on the defensive. We’re on the same team – Team Canada – so let’s hash it out and figure it out as a team.

CK: In the Athletics Canada press release that announced you have taken the position, you are quoted talking about the “new era” at AC, what if any fundamental changes do you anticipate happening in the near future?

SM: Honestly, I think it has already begun. We have some very strong veteran athletes that set a great example in creating a high-performance culture. But we fell short of goals at the top end in London, so that meant we needed to ask some difficult questions. There needed to be some accountability built into the system, and increased clarity when it comes to staff roles and responsibilities. That’s why many of the AC jobs were re-posted. The jobs needed to be more clearly defined, with outreach being the most important element in all roles.

I don’t think we’re talking about sweeping change, though. Our athletes in London had a hunger and desire to succeed that was refreshing. I’m not saying that never existed before, but I heard young athletes who performed quite well that were not happy or satisfied. They felt they had some work to do because they weren’t in the final or on the podium. As I told the Olympic team, the medal count did not meet objectives, but the pursuit of medals was inspiring and made me proud of the team. I look forward to fostering that hunger and translating it into medals in the future. In order to do that, we need to work collaboratively with coaches and athletes to help them bridge the gaps. The objective is not to be the best in Canada, but to work together to be the best in the World.

CK: How will the outreach be manifested?

SM: It’s a subtle but important distinction. We have some terrific National Team coaches, but there is a disconnect between them and the personal coaches on the ground. We need to value and respect our coaches throughout the system. We cannot be successful in the long term without them.

There are things we need to do to mentor those coaches, to educate them about what it takes to build a daily training environment that can rival what World Class athletes have access to. It is one thing to say we can provide high performance athletes with ideal daily training environments through Centres, and we can, but we also need to provide personal coaches with the tools to improve their own environments. That will make the entire system stronger.

That starts with trust and respect. That is the goal of the “outreach” concept. We need to go out and connect with coaches and listen to what they need instead of simply telling them what they need. Their input adds value to establishing and implementing a high-performance plan.

CK: Many athletes have questioned the tougher Canadian Olympic standards (in comparison to the IAAF standards) set for middle and long distance events. However, one particular event that appeared to improve was the men’s marathon. The new standard of 2:11:29 seemed light years away for current Canadian marathoners to accomplish yet, Dylan Wykes, Reid Coolsaet and Eric Gillis managed to make the standard with others pushing from below. Do tougher standards bring up the quality of effort?

SM: I believe we all fixate on standards too much. I know that when the criteria comes out people will ignore the words and flip to the back page to look at the standards. I understand that, but I think it channels energy in the wrong direction. The important thing is understanding what it takes to be among the best in the World across all events, not just what it takes to make the team. Obviously that is the first step, and I do understand that, but what we really need to wrap our head around is how we get there. What do we need to do to run those times rather than what time do I need to run to make the team.

Do tougher standards bring up the standard of effort? No. Not on their own. You can raise the bar and I am OK with that, but it is our responsibility to help athletes get over the bar. I believe we did that with the 2009 World Championships in Berlin, and thanks to the Ottawa and Toronto Waterfront marathons, we are able to do the same this year in Moscow. Reid and Dylan seized the Berlin opportunity and literally ran with it. That’s the only way to get there. It is not about the standards. It’s about those guys stepping up and accepting the challenge and pushing each other to 2:11 and faster. The athletes deserve the credit in that example, not the standards.

CK: Did you see merit in the Lanni Marchant and Krista Duchene efforts to be put on Team Canada for the London Olympics? Is there anything you would have done different?

SM: No, there is nothing I would have done differently. Appeals are tough. They are the toughest part of the job because you are dealing with people’s dreams. I never take that lightly, especially when it comes to the Olympic Games. Olympic dreams are different. That is what people in our sport grow up aspiring to. I had those dreams myself. I competed at two Olympic Trials. But I also knew what I had to do and accepted that I did not get it done.

For London, we felt it was very important to publish criteria well in advance so that athletes had a clear understanding of the expectations and could plan accordingly. This becomes even more important in the marathon where opportunities are limited. For that reason, the marathon standards were published in 2010 – almost two years out from London. In fact, our qualifying period was longer than the IAAF because we published before they did.

I am encouraged by what Lanni and Krista did at Rotterdam and look forward to working with them in Moscow this summer. Their path will hopefully be similar to what Reid and Dylan did between Berlin and London. They were ready in London because of that experience. At Rotterdam, Dylan, Lanni, Krista, and Rob Watson stepped up to the line with the same objective – qualifying for the Olympic Games. They knew what that meant and they were going for it which is awesome! But when they cross the line, they either made it or they did not.

We cannot go back on that established criteria. What message would that send to a guy like Dylan who spent two years and took four stabs at it before crossing the line in Rotterdam and punching his ticket to London! There is something to be said for the struggle and the pursuit of high-performance results. I sincerely hope to watch Lanni and Krista continue to progress through Moscow towards Rio, but they did not make the Olympic Team for London. I have no issue defending that decision.

CK: What are your thoughts regarding Donovan Bailey suggesting that AC should not be building a sprint relay team, but simply put whoever happens to be the four fastest in the relay?

SM: Donovan Bailey was an unbelievable competitor and I agree with him on a few points that he makes. As Canadians we tend to be apologetic when it comes to high performance. We need more swagger. We need to be unafraid to say that we can be the best in the World. We need to bring the hockey mentality to our sport – that anything less than the best is not good enough. The Vancouver Winter Games in 2010 allowed Canadians to come out of their shell and articulate that it is OK to want to kick ass!

Donovan brings that perspective to the table and that is important. On the relay question, he is absolutely right that the first step is just to get faster! You cannot make up for speed. That is absolutely the most important element of any relay. I don’t think Glenroy (Gilbert) would argue with that. However, you do need to take that speed and maximize it through the zones. Bringing the guys together to run 10 times last year allowed him to try different things, to gather video and statistical data, and to make a tough decision on the running order right up to the final preparation camp. Decisions were made as a team in London that got the guys into the final, and on to the podium for at least a few minutes. They brought respect back to Canadian sprinting and that was huge from an international perspective.

Is it important to be fast? Yes. But that doesn’t mean there is no value to bringing the 10 fastest guys together to build a team through repetition and familiarity. We will absolutely continue to do that, and look to build more relays that way towards Rio in 2016.