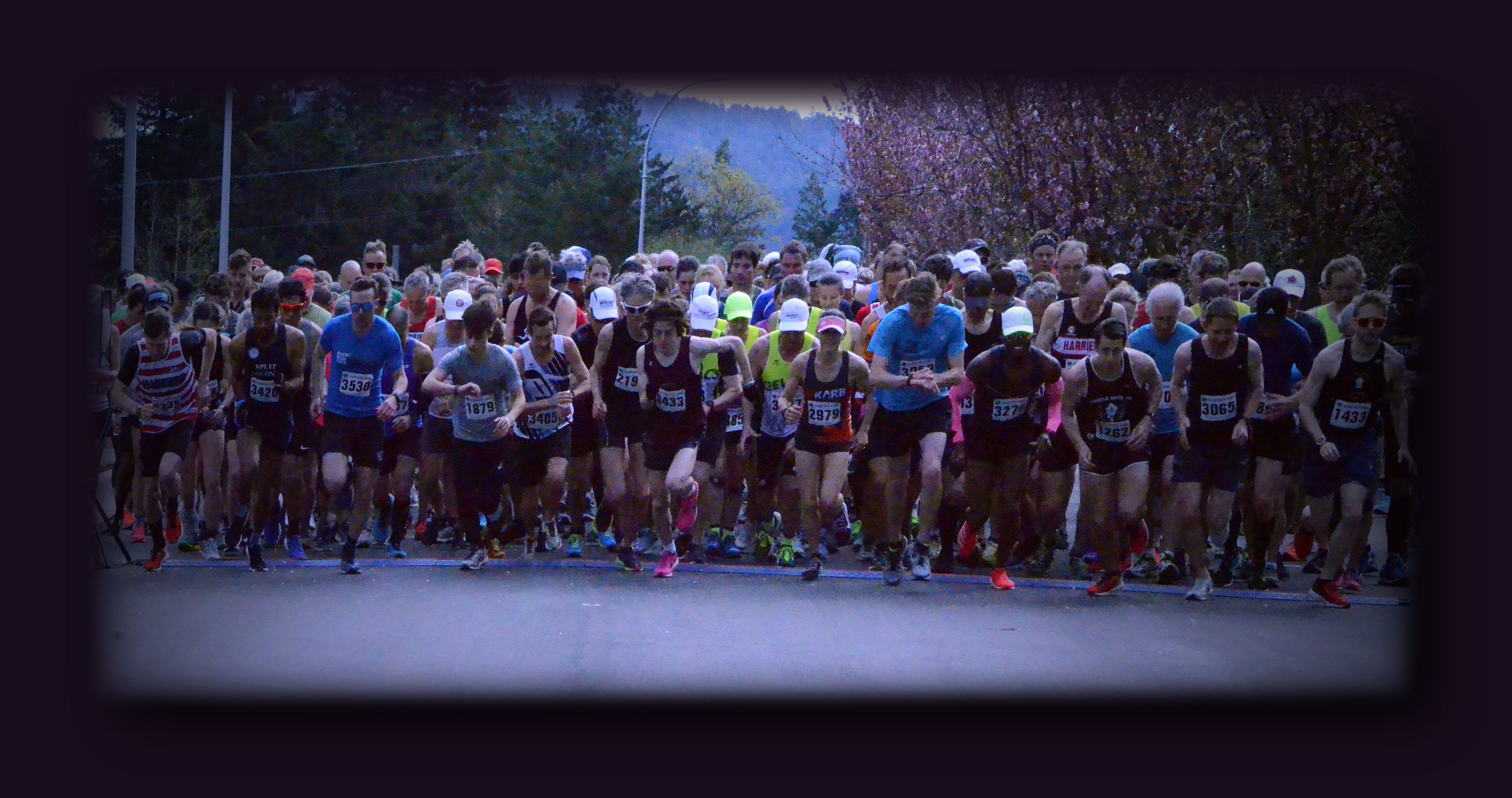 The Cobble Hill 10K is a give-or-take 450-participant race on southern Vancouver Island and is race #2 of the eight-event Vancouver Island Race Series. The 13-year-long-running event has always been considered a reasonably fast road course. For 2020 it has been made faster yet, by moving the start and finish areas to the south by a few hundred metres.

The race is operated by the CEEVACS Running Club of the Cowichan Valley.

The men’s course record is currently owned by Vancouver’s Geoff Martinson at 30:46. The women’s record remains at 34:44 by Cheryl Murphy.

Two athletes who have set their sights on having a fast 2020 year are Victoria’s Sean Chester and Ian Searle – two Prairie Inn Harrier club members.

Defending champion Andrew Russell broke the finish tape at 32:23 in the 2019 edition. The Victoria area former triathlete was followed in by Nanaimo’s Shelby Drope at 33:16 and current triathlete and cyclo-cross specialist Andrew McCartney in 33:41.

Searle finished second to Drope in 2018 in the time of 33:14. The Nanaimo-based trail runner won clocking a 33:00. He went on to win the entire series (must race at least five of the eight events).

Chester and Searle are sponsored in part by Athletics Illustrated. They are currently working on their winter fitness in hopes to running fast by spring and summer, Searle in a yet-to-be determined marathon.

During the first event of the 2020 edition of the series, the two finished 15th and 17th overall in the more competitive Harriers Pioneer 8K, which acted as the provincial 8K road championships. The winners were James Lam of Vancouver in 24:23 and 2016 Rio Olympian Natasha Wodak, who owns the national 8K best of 25:28 from the 2013 edition of the event (different course). For 2020 she won and finished 11th overall in her second fastest 8K clocking at 25:55, which was just her third time under the 26-minute benchmark. The 38-year-old Vancouverite parlayed her fitness and that performance on Sunday, Jan 19 in Houston, TX with a national half-marathon record of 69:41 – to be the first Canadian under the 70-minute benchmark.

As for Chester, on Sunday, January 25th, he wants to take a step forward to regain his former fitness levels.

“Right now my main goal is to get through the winter with some consistent training, so that I can run well on the track and trails in the summer,” said Chester. “But a more ambitious answer would be to challenge my road best at the Sun Run in April.”

SHOESTRINGS: The original event was called the Cherry Point 10K was very hilly, won in the mid-1980s by legendary Canadian athletes Dave Campbell and Debbie Scott (Bowker). The event in 1989 became the Mill Bay 10K – a fast and gently rolling course that was run until 1988. The latest iteration, the Cobble Hill 10K is in its 13th year.